We visited Petaluma in December 2014. The city has around 60,000 inhabitants. It became very important during the California Gold Rush.
About 1850 gold was discovered in the Sierra Nevada Mountains. The influx of miners and investors raised demand for agricultural products.
Freight on the Petaluma River supplied San Francisco. Petaluma was called the egg capital of the world and shipped up to 22 million dozen
eggs per year, by barge or rail. Petaluma is now a perfect place to stay for a visit: close to the coast, wineries, restaurants and shopping centre.

Petaluma seen from the Helen Putnam Regional Park, southwest of Petaluma. More families move to Petaluma
because of the high cost of housing in San Francisco. The commute to San Fransisco takes about an hour by car. 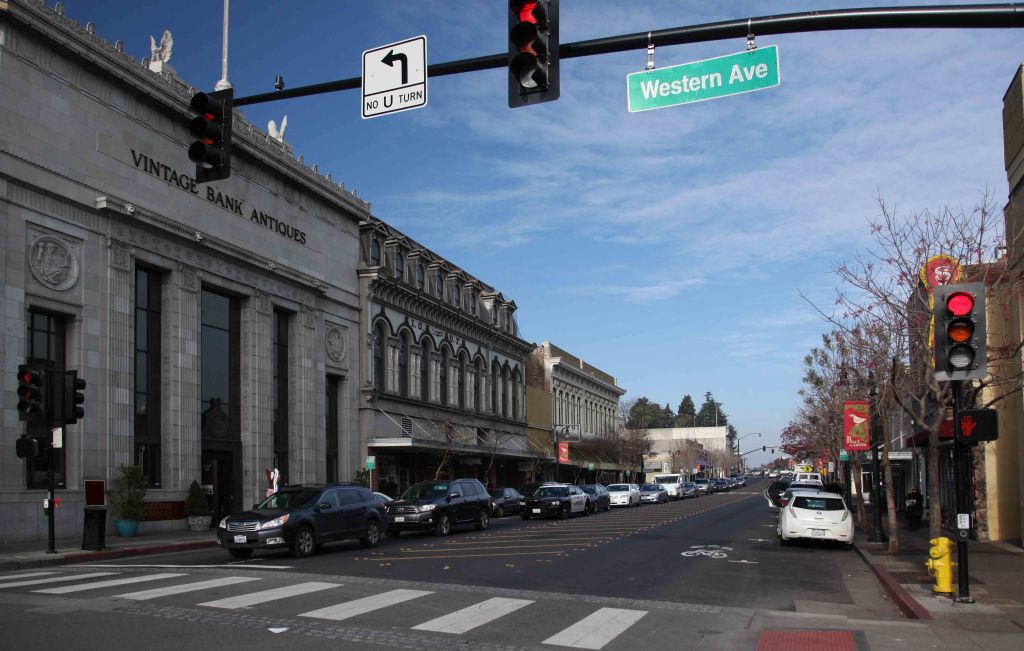 Petaluma was not as affected by the 1906 earthquake that damaged San Fransisco. There are still pre-1906 buildings and Victorian homes.

As more and more people move to Petaluma from San Fransisco, house prices rise.
The average price for a home in Petaluma is US$ 500,000, an annual increase of 7.5 %. 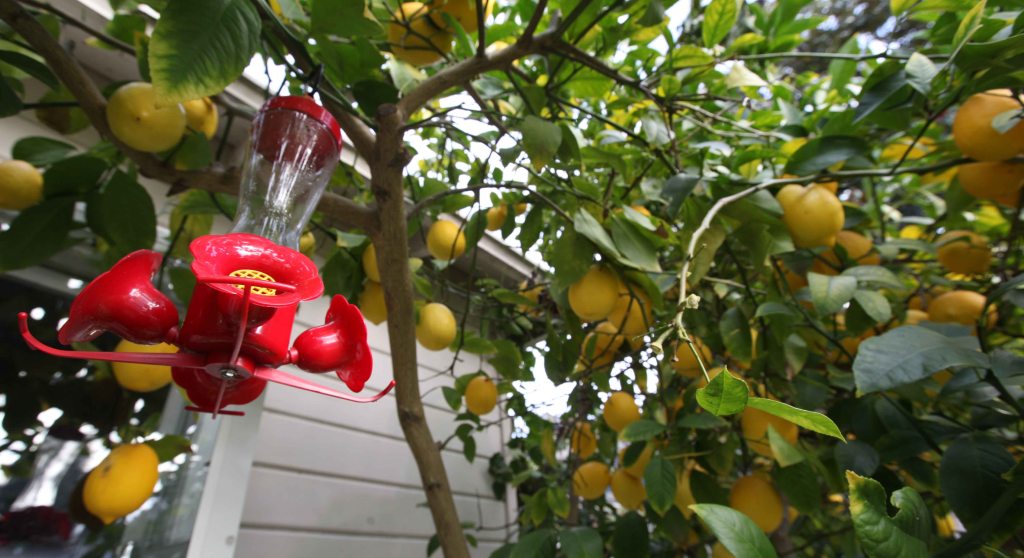 Our friends rent a bungalow with a garden. This is their lemon tree and humming bird feeder.

The world’s first egg incubator was invented here in 1879. Petaluma has the nick-name “Chickaluma” because of its chick and egg production.

A yacht harbor near the Petaluma River, which flows to San Fransisco and the Bay area. The river was an important freight route. 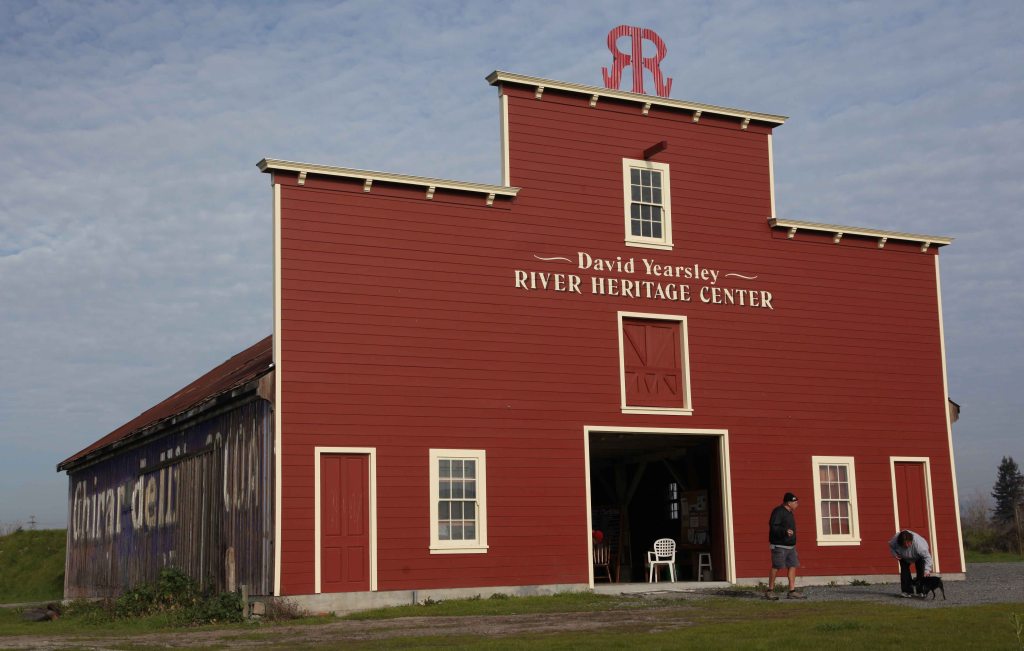 The David Yearsley River Heritage Center teaches the rich history of the Petaluma River and its surrounding marshes and farmlands.

We stayed at Metro Hotel, a short walk to the town center (at the end of the road).

The hotel has a French theme. 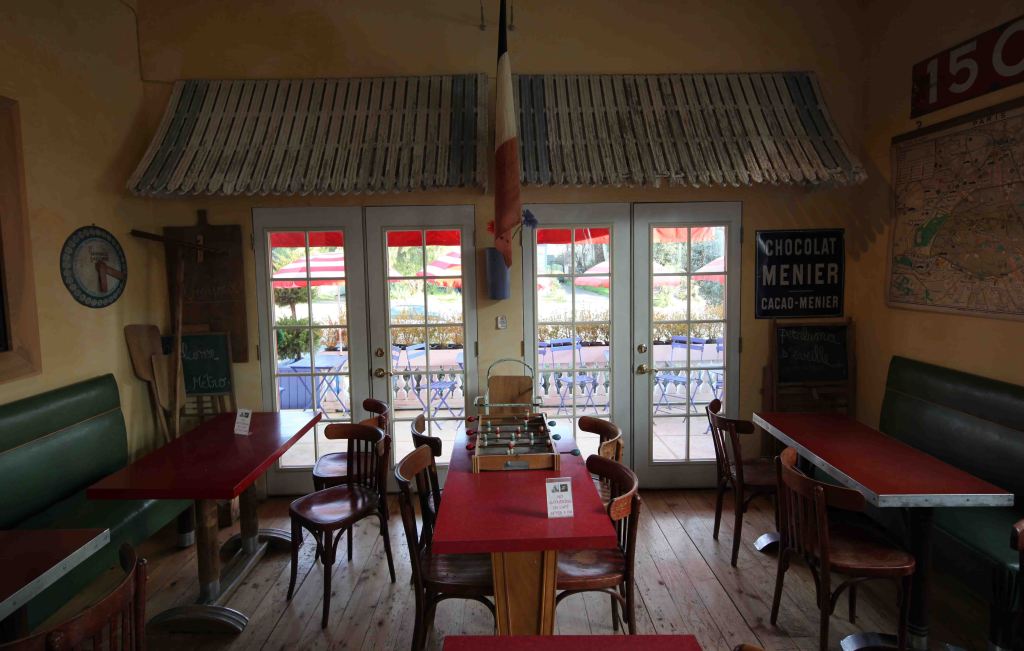 The breakfast lounge, with a French flag, and a program from a French radio station over the loudspeakers.

The Helen Putman Regional Park is a popular recreation area. This section is an oak forest.

The top of the park has open fields, and the Pacific Ocean is just behind the hills in the background.

The park is well equipped for a picnic.

A bench to sit on to look over Petaluma. The benches are privately funded and each has a plaque with text by the donor. 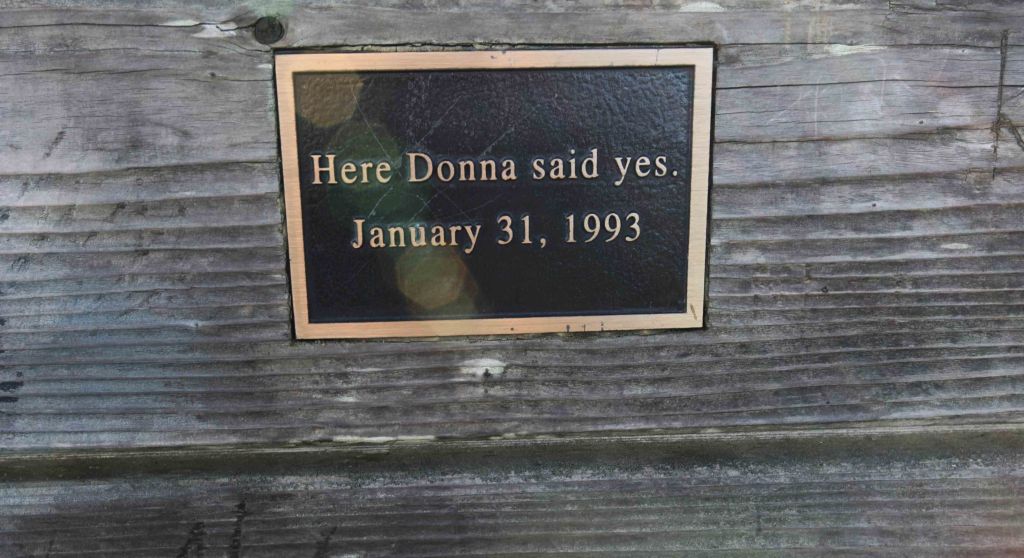 The plaque on the bench in the picture above.

The rolling hills near Petaluma.

Nearby Petaluma is Cornerstone Sonoma with gardens, shops, food and wine. 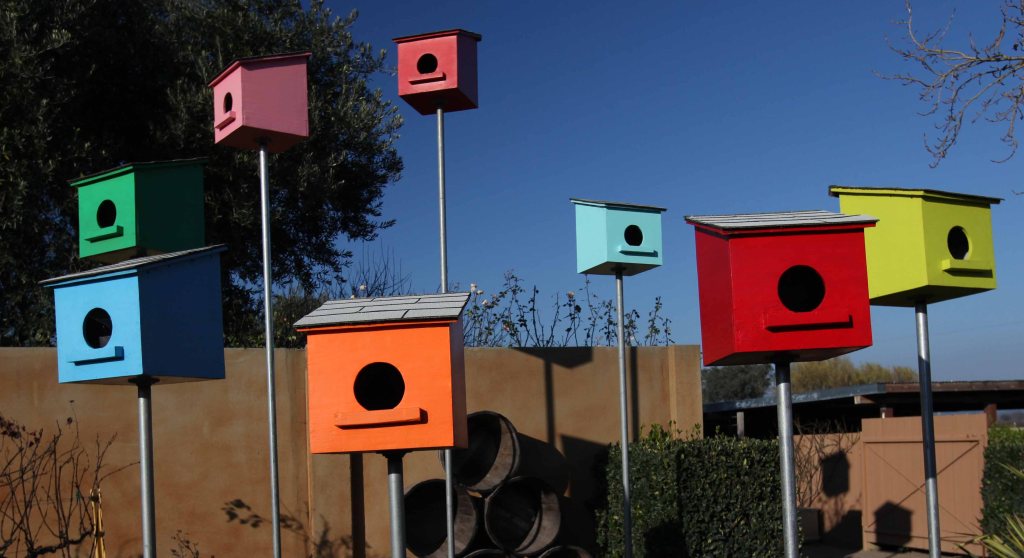 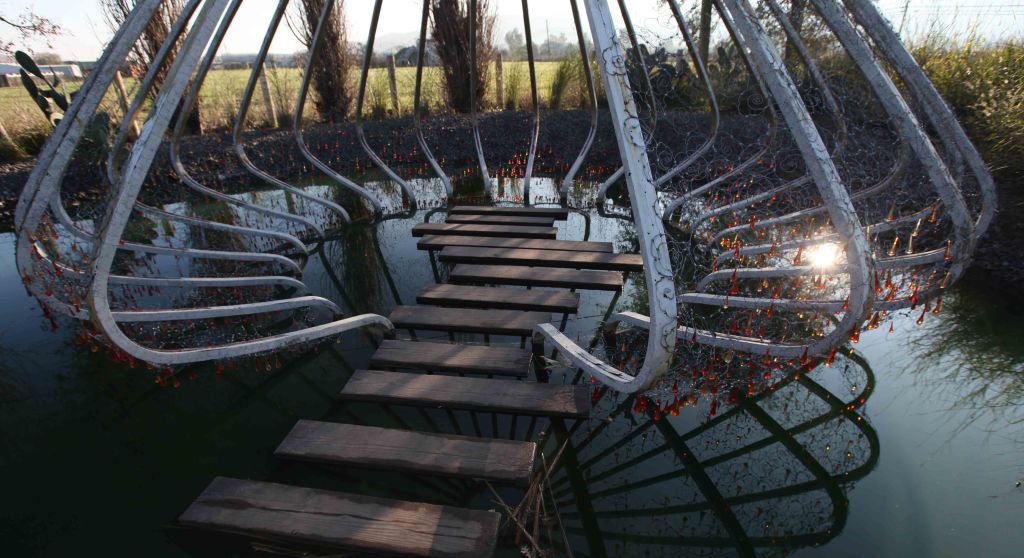 It was the season. Each year there is a different installation of snowmen.

The Jack London State Historic Park near Petaluma. You can visit his grave, the remains of his house, and his demonstration ranch.

The house he was building burned down just three months before it was finished. The fire might have started
spontaneously in oil drenched cloths used during painting. He felt the loss greatly and died three years later.

His ashes were spread on a small hill, and a stone put on the site. 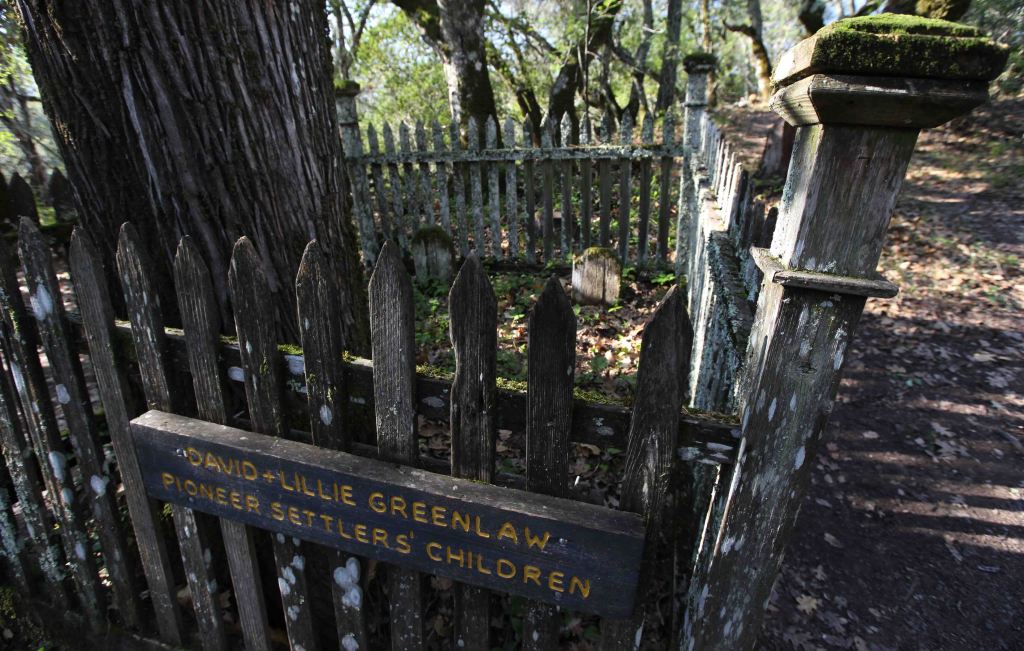 He asked that he be buried near to an existing grave of children of some early settlers. 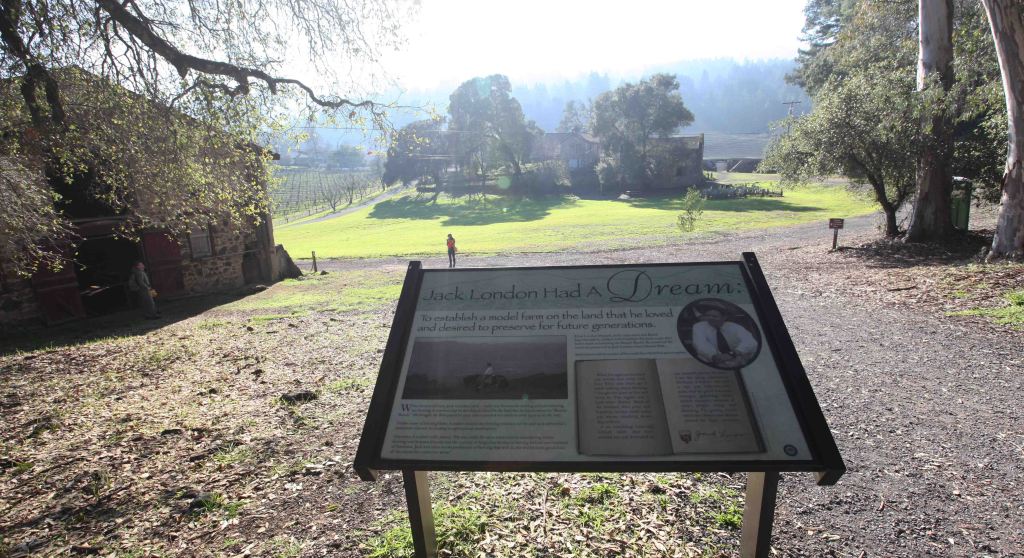 He put a lot of effort and money into farming and new farming methods. This is where he lived for many years. 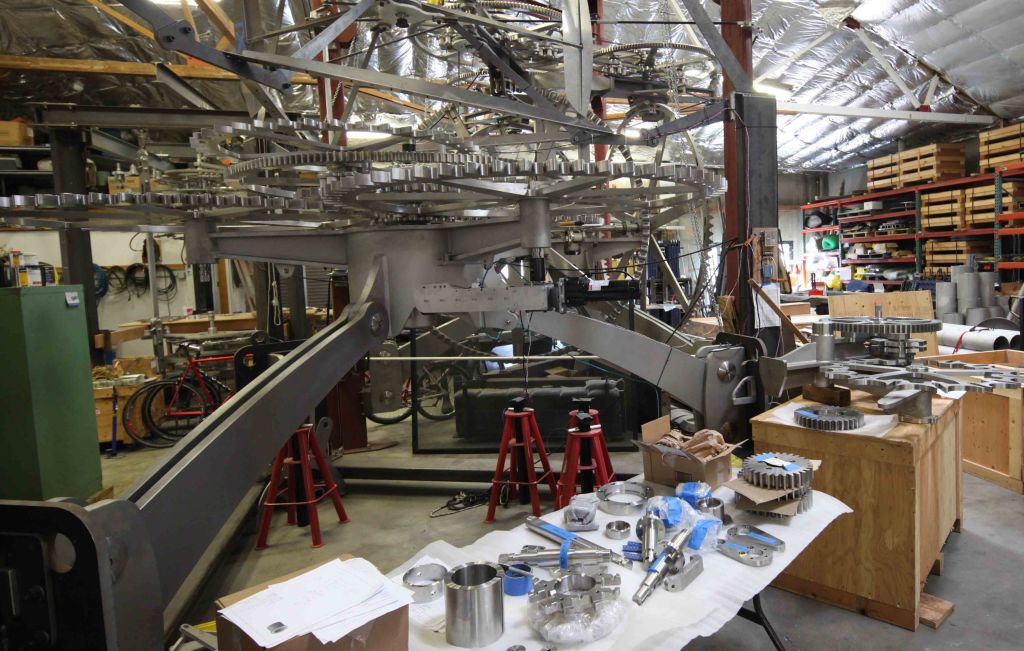 We stopped near San Rafael on the way back to San Fransisco to visit a workshop that produces
components for a unique clock to be installed in Texas.      See http://www.10000yearclock.net/ 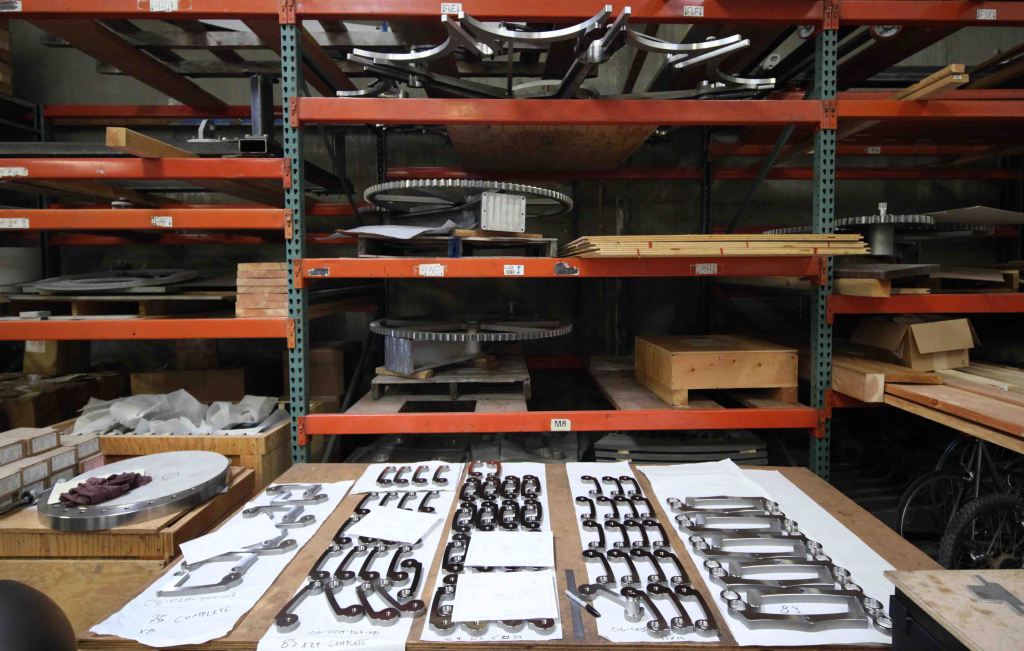 The clock might take another seven or eight years to build, but the time schedule seems to be flexible.