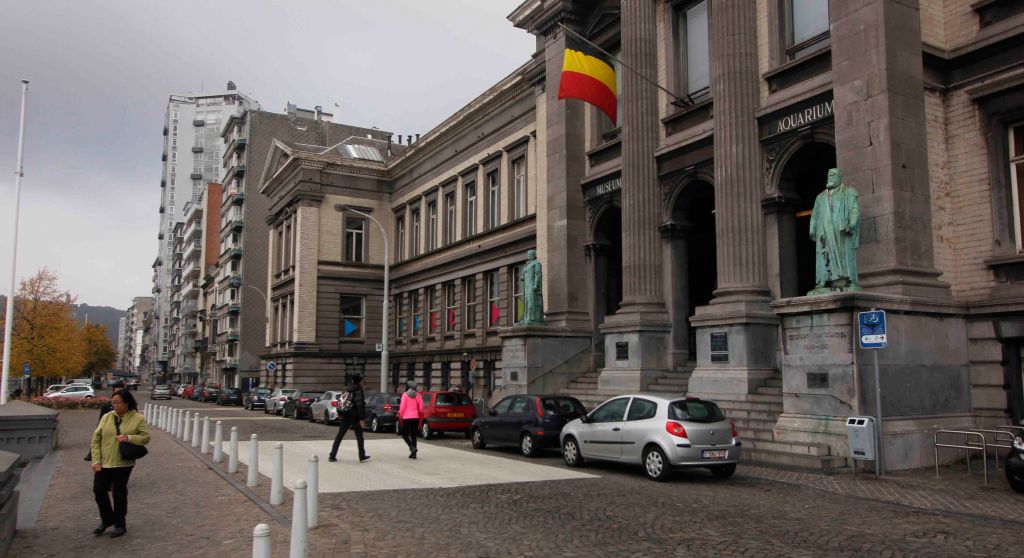 Liege Aquarium and Museum is part of Liege University. It is a center for biodiversity and recognized as
the flagship institution in the French Community of Belgium in the field of Natural Sciences Museology. 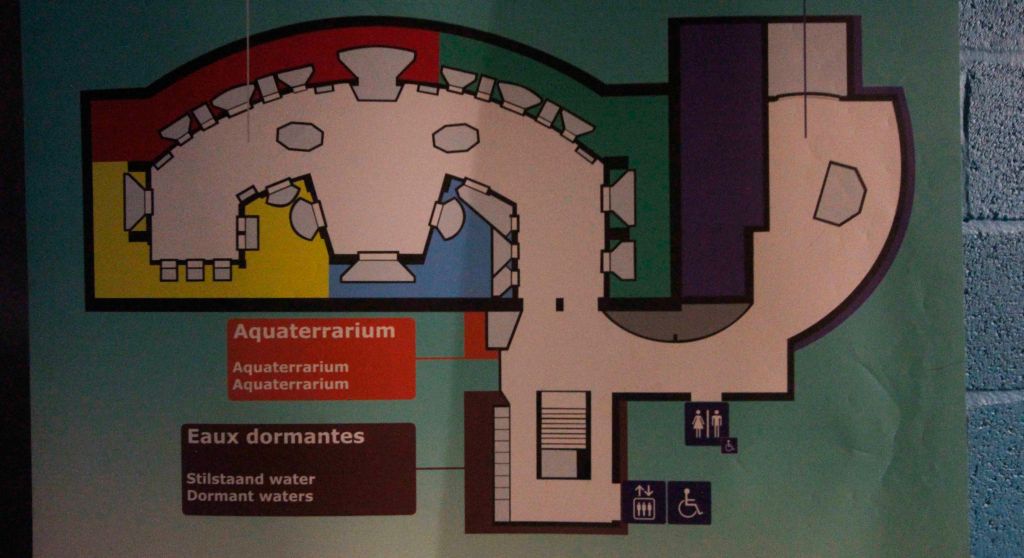 The aquarium is in the basement and consists of two large rooms. The room to the left of the stairs has many tanks. The room
to the right has few tanks and a display of corals. There are small tanks with species from still water areas on the side of the stairs.

The main room on the left has fish from the region and from other parts of the world. 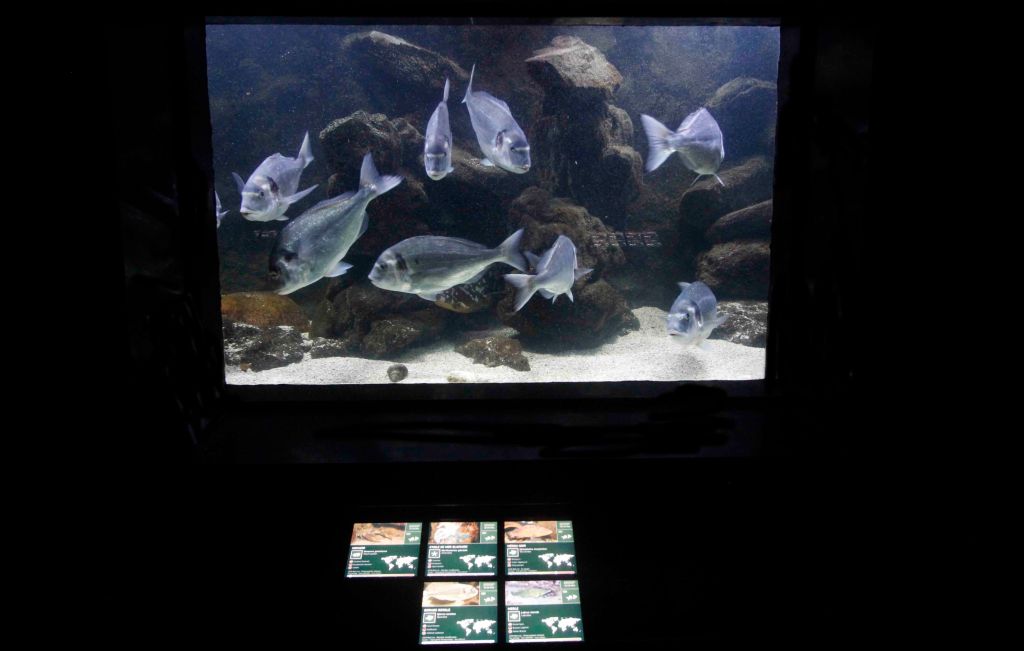 There are very good signs with information about the fish. These are Gilthead seabream, Sparus auratus.

This sign explains how the Elephantnose fish, Gnathonemus petersii, in the tank to the left, generates electricity. 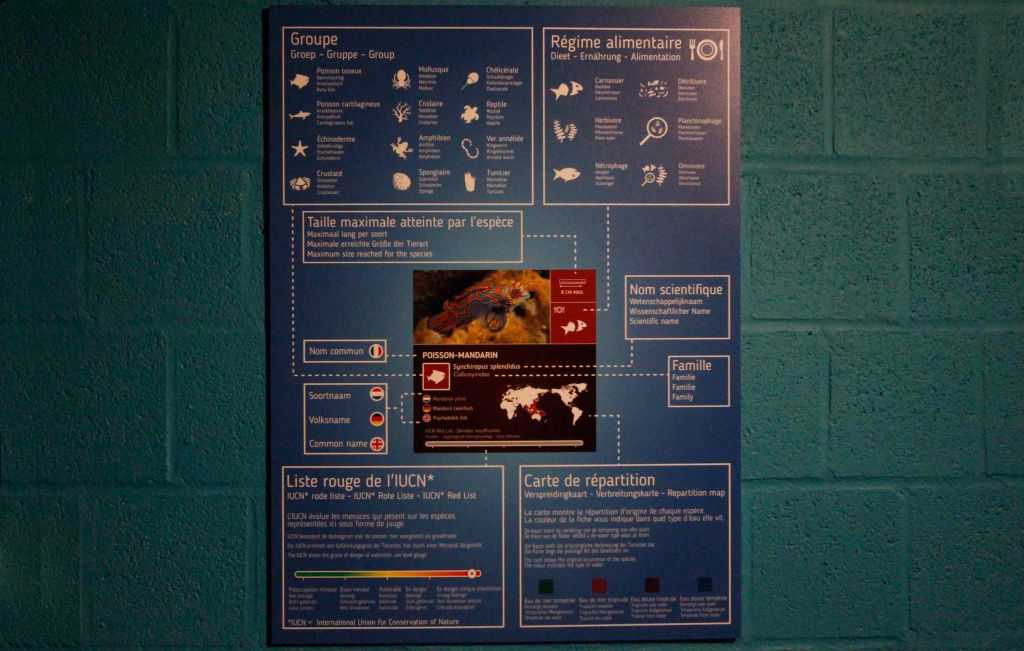 At the entrance is a sign explain the symbols used in the signs by the tanks. Most infomation in in four languages. 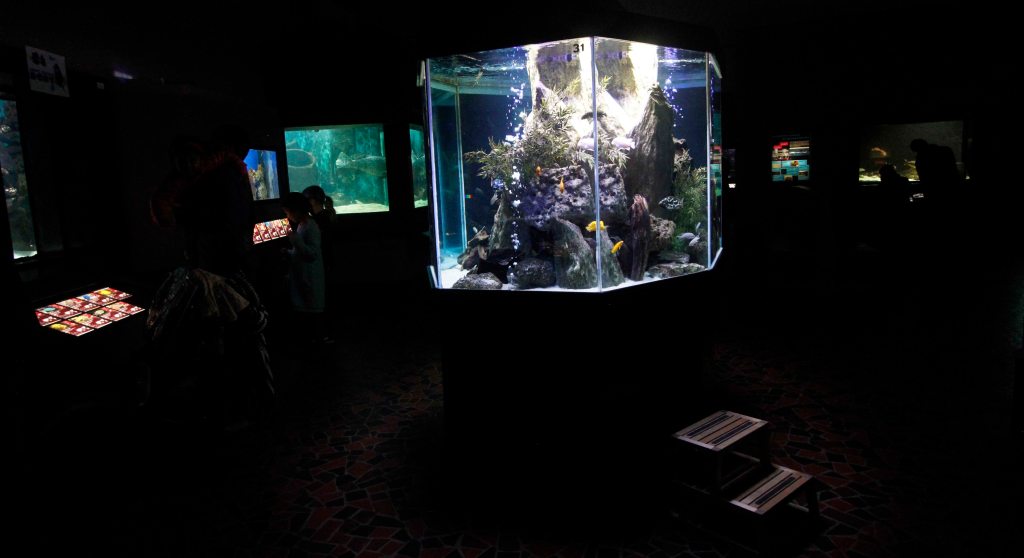 The larger room has stools for children to climb up to see better.

There are benches, barely visible, to sit and rest or to study the tanks.

A couple of the tanks are free standing and can be inspected from all sides. 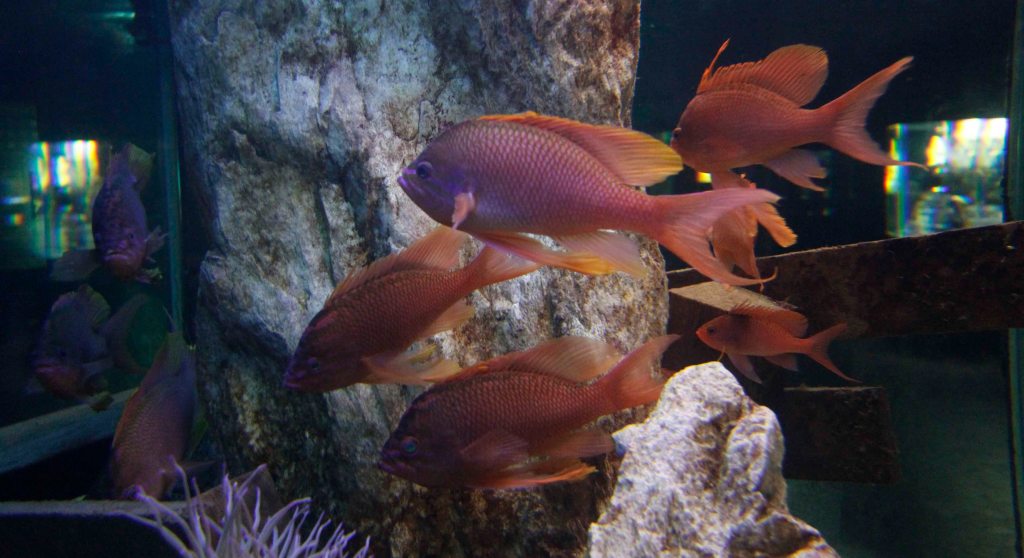 The fish in this tank are Swallowtail sea perch, Anthias anthias. 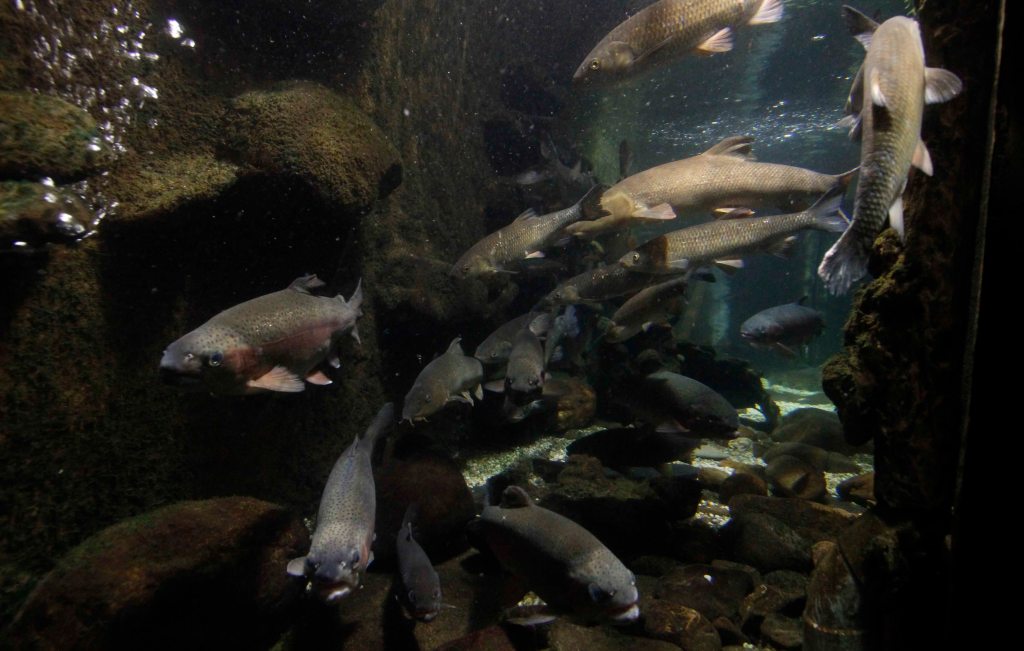 A tank with different species of trout. 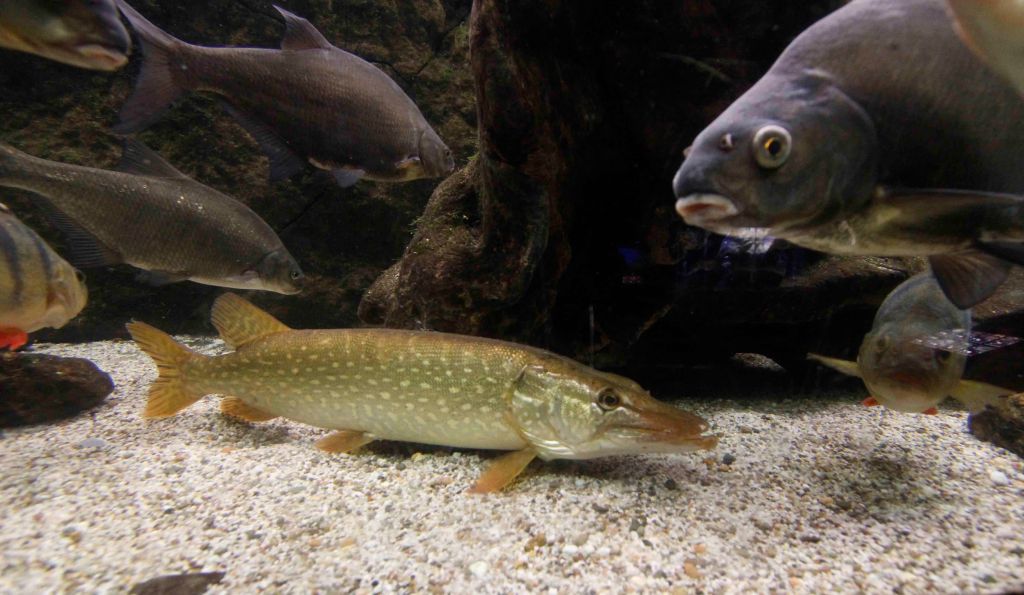 The common octopus, Octopus vulgaris, can be 115 cm long and is found in most waters around the world. 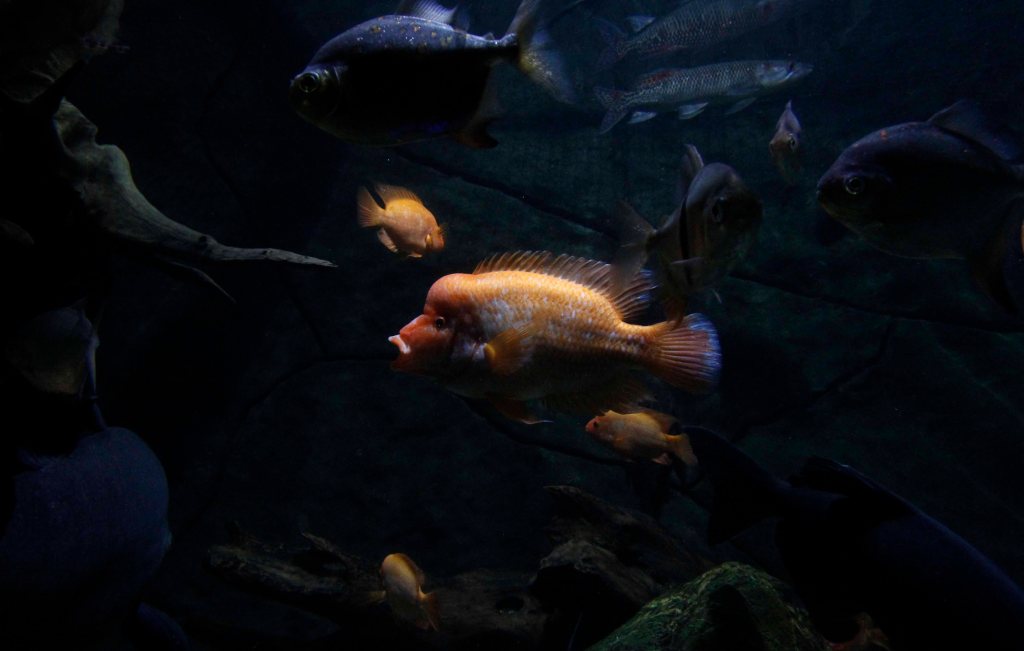 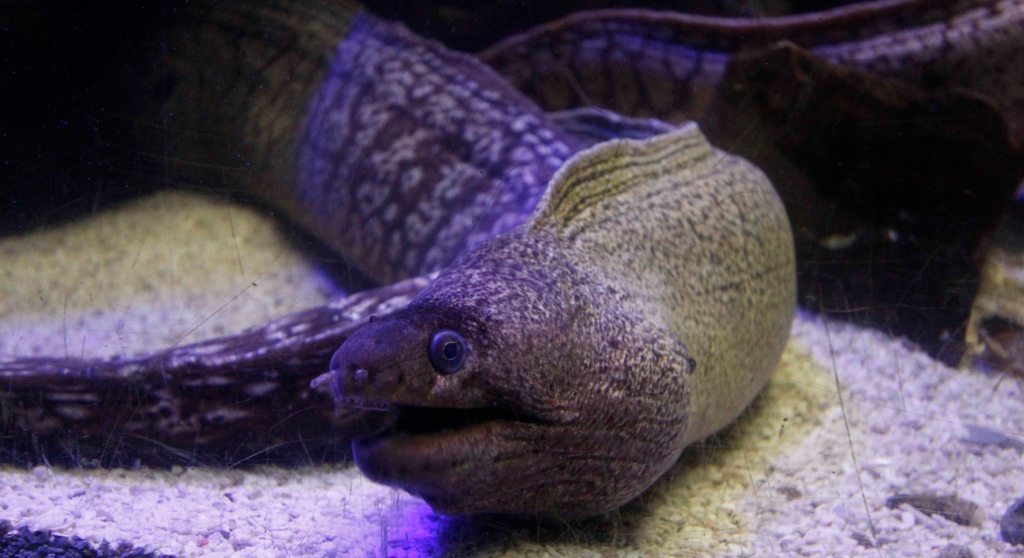 A Mediterranean moray eel, Muraena helena. Its bite can be dangerous to humans.

The Long-horned cowfish, Lactoria cornuta, can become 50 cm long, but this one is only five cm! 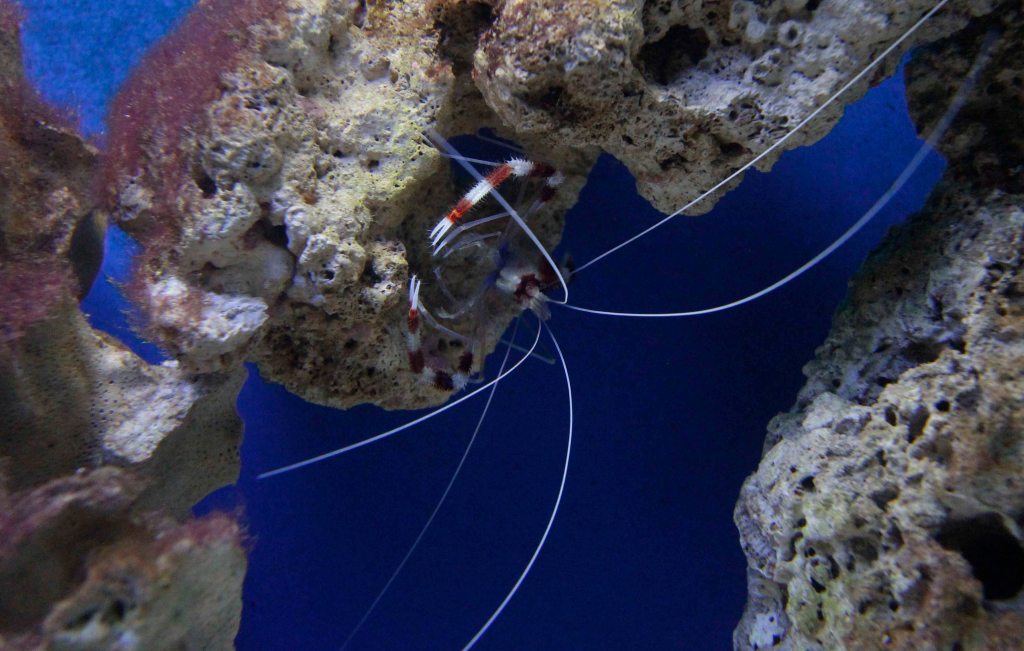 The cowfish shared the tank with a Banded coral shrimp, Stenopus hispidus. 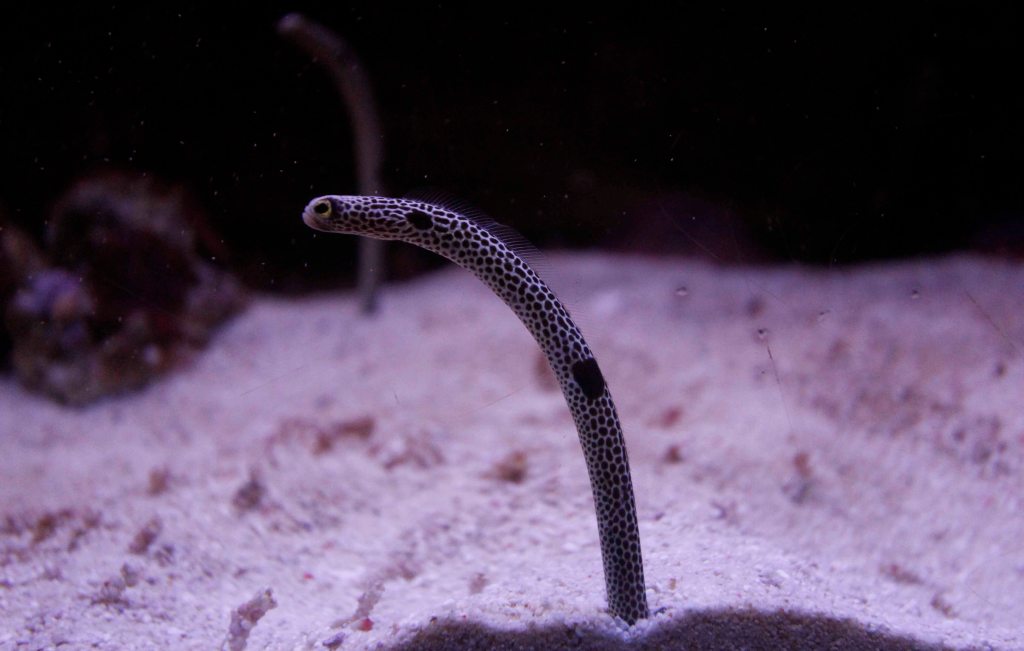 There were half a dozen Spotted garden eels, Heteroconger hassi. 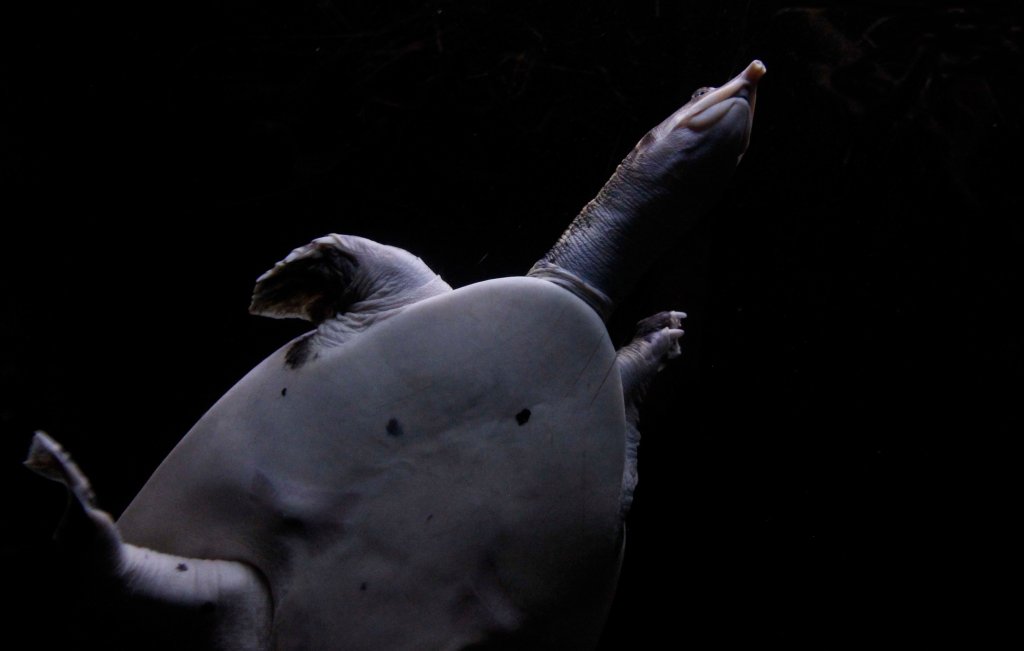 One of the turtle species at the aquarium, a Florida softshell turtle, Apalone ferox. 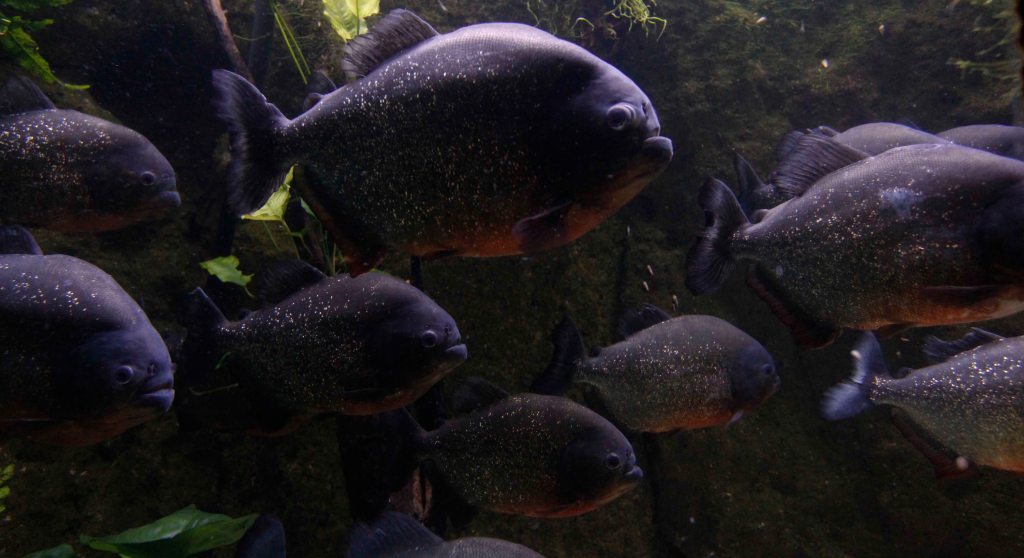 The African clawed frog, Xenopus laevis, only moved when no one was watching. 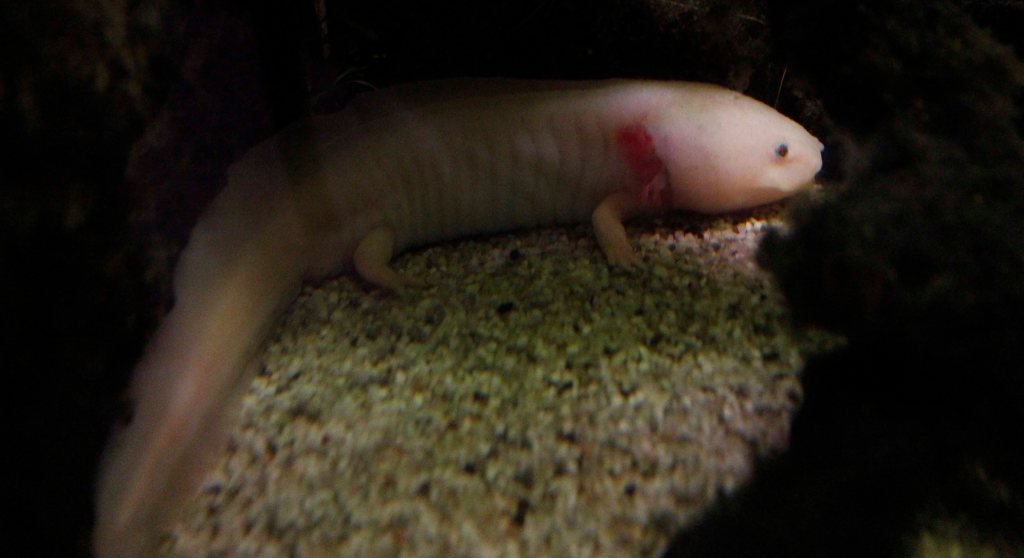 An Axoloth, Ambystoma mexicanum. The red parts are exterior gills.

The area to the right of the stairs had a large tank with coral and tropical fish.

A display about coral next to the coral tank. 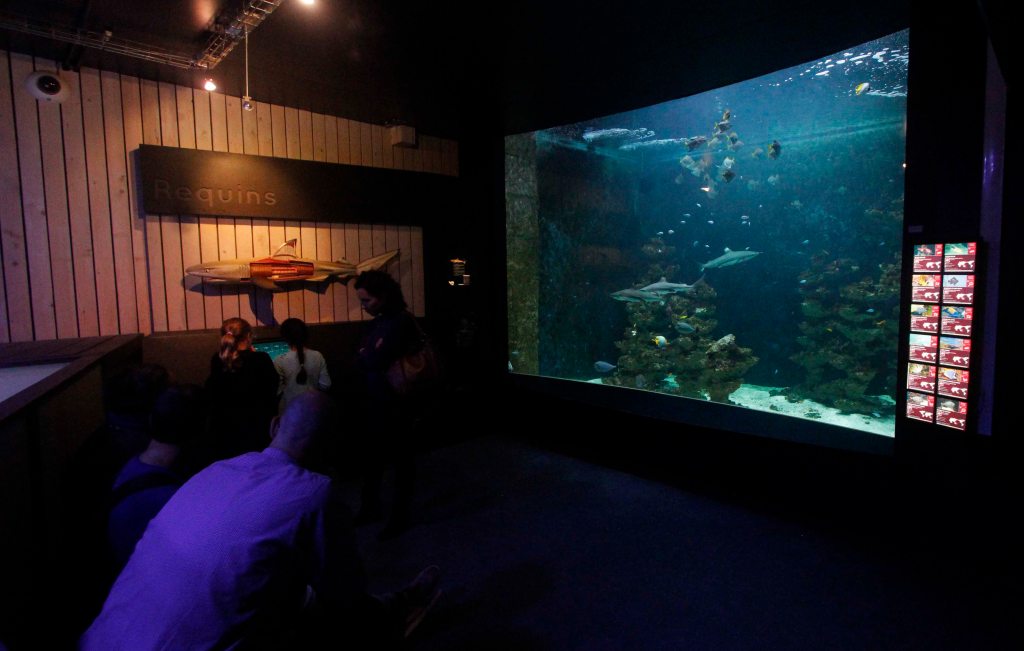 A large tank with many different species, including small sharks. A bench on the left allowd visitors to sit and watch the fish. 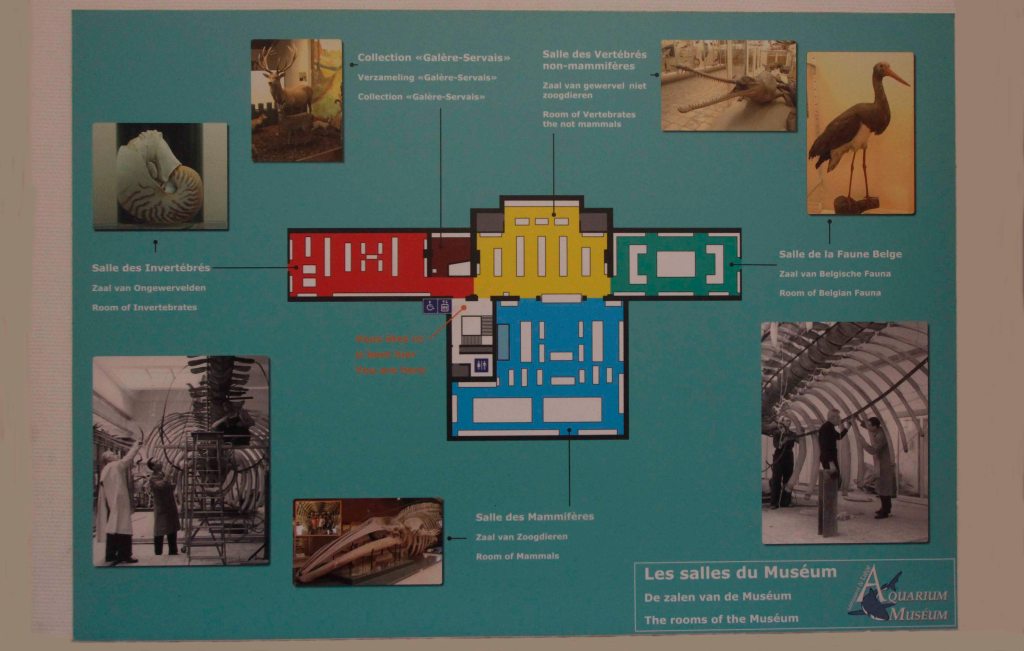 The museum is on the top floor. The blue section is mammals, the red is invertebrates, the green is Belgian fauna,
and the yellow is non-mammal vertebrates. A small room, to the left of the yellow section, had an art exhibit. 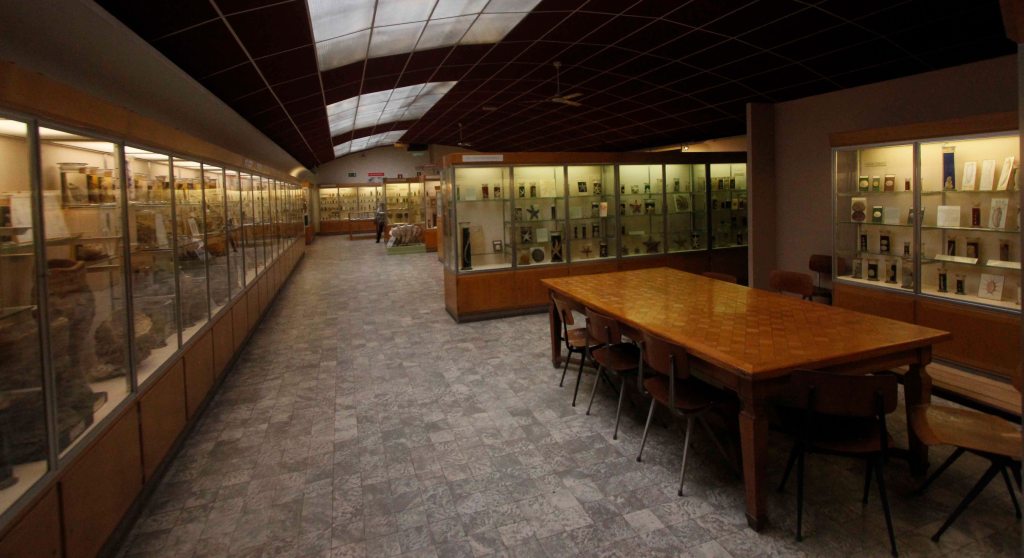 The Belgian fauna section straight ahead and the mammal section to the right. 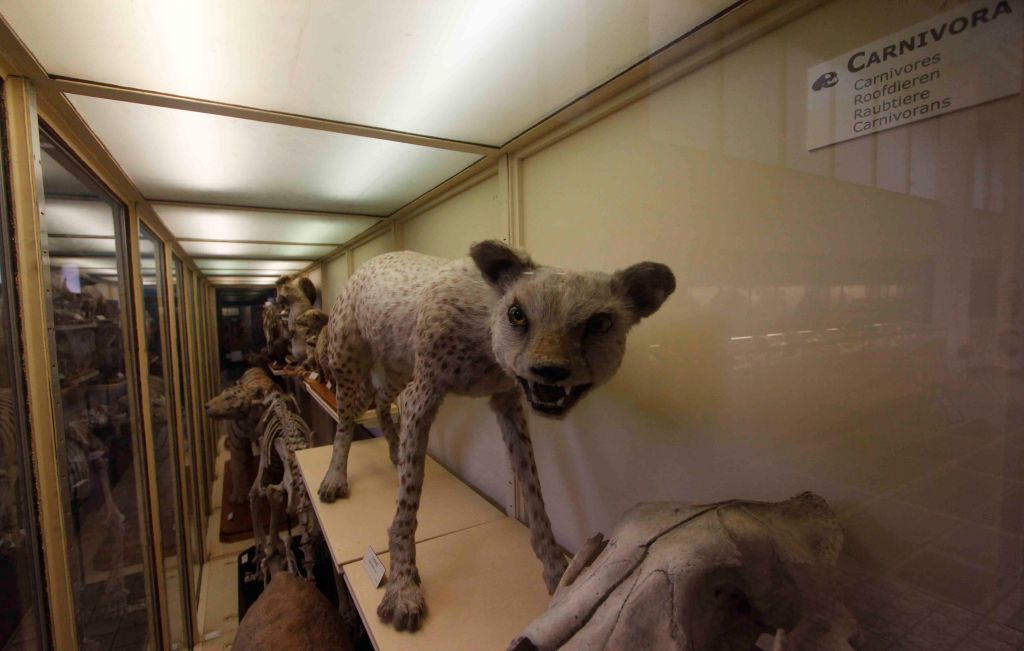 The mammal section had stuffed animals, as well as many skeletons.

A few trophies from Africa. The sign under the rhino head explains that the real horn
was stolen in 2011, eventually recovered by the police but now replaced by a copy. 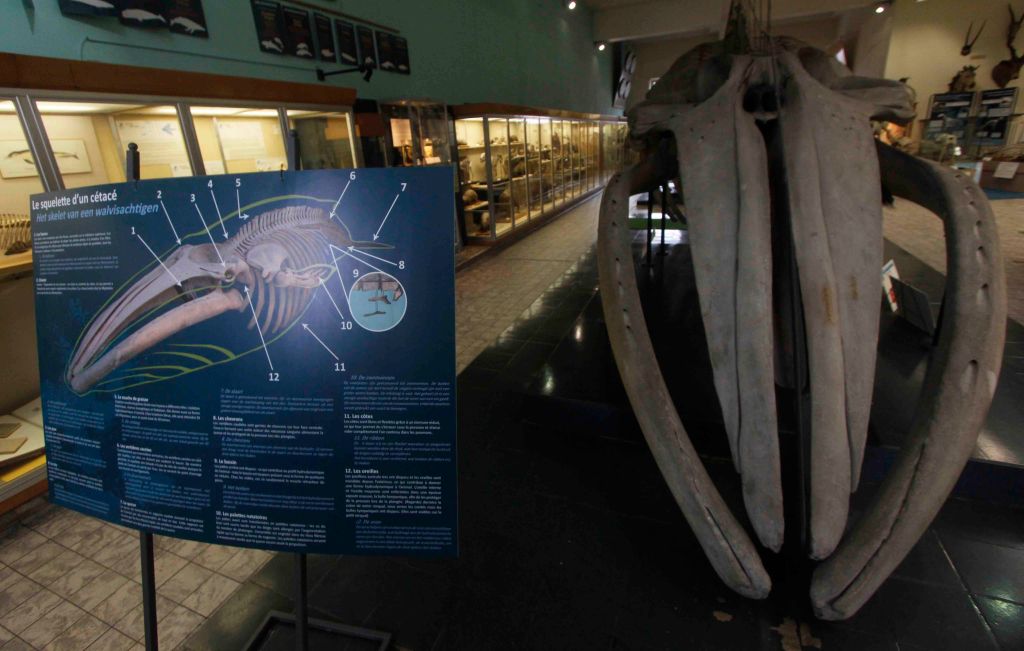 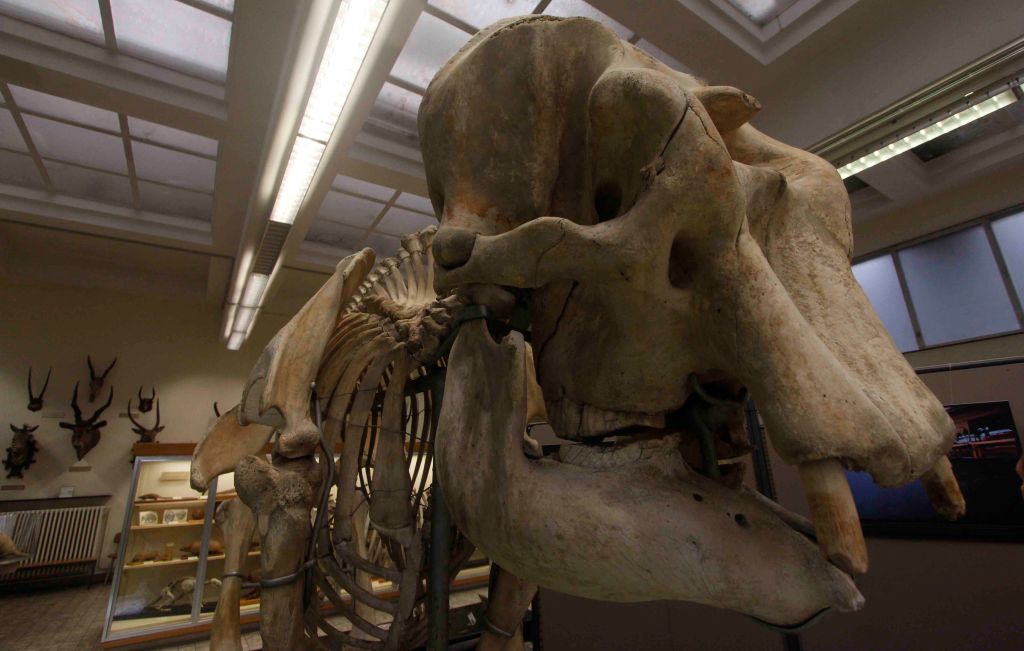 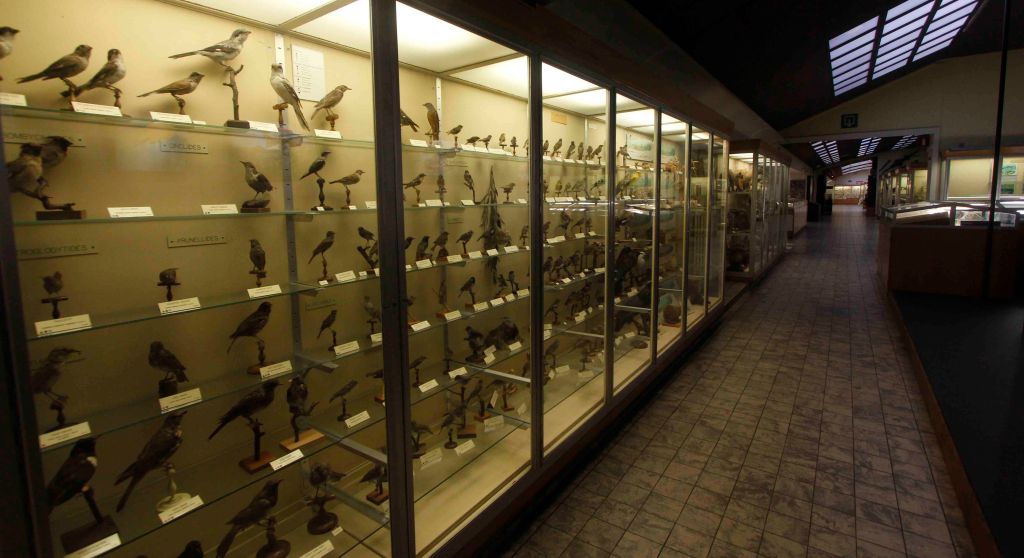 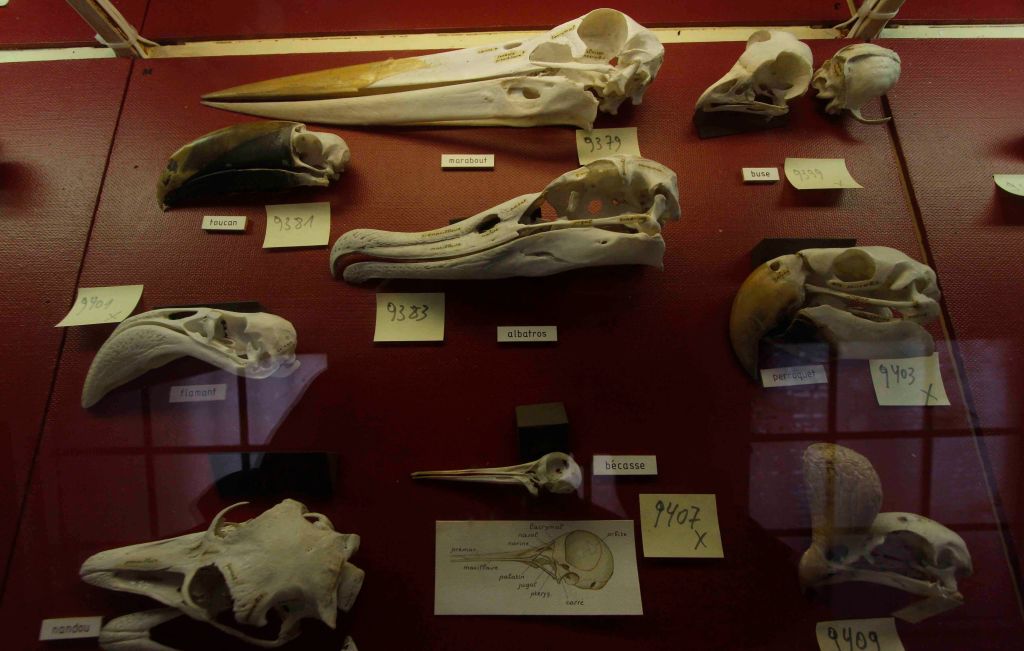 One display, set between sections, with beaks of birds from around the world.

The art exhibit section. All items displayed were back-lit. 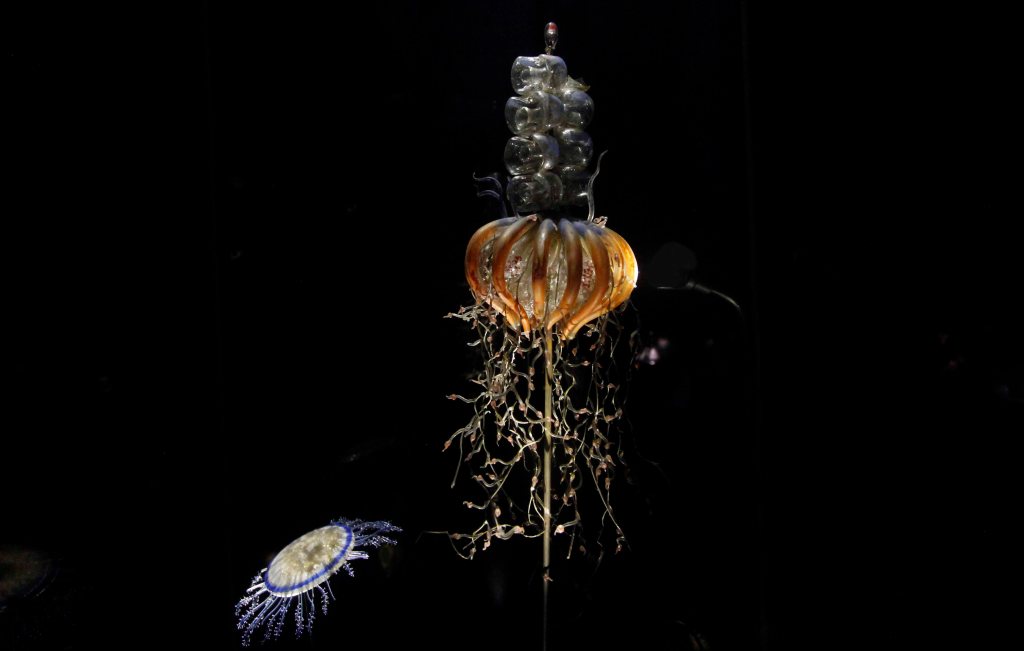 The art was based on objects from nature, like this “jelly fish”. 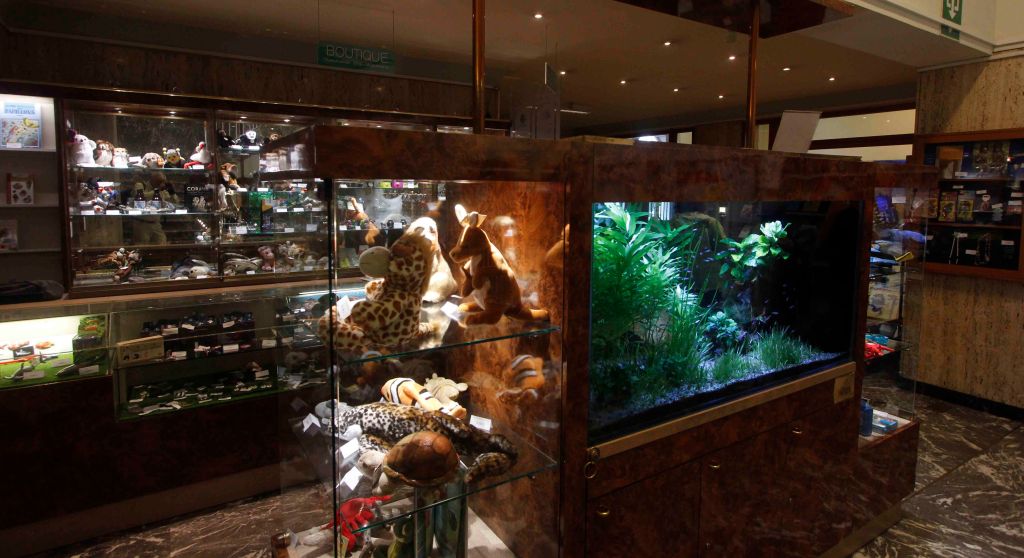 At the entrance to the aquarium and museum is a small gift shop. 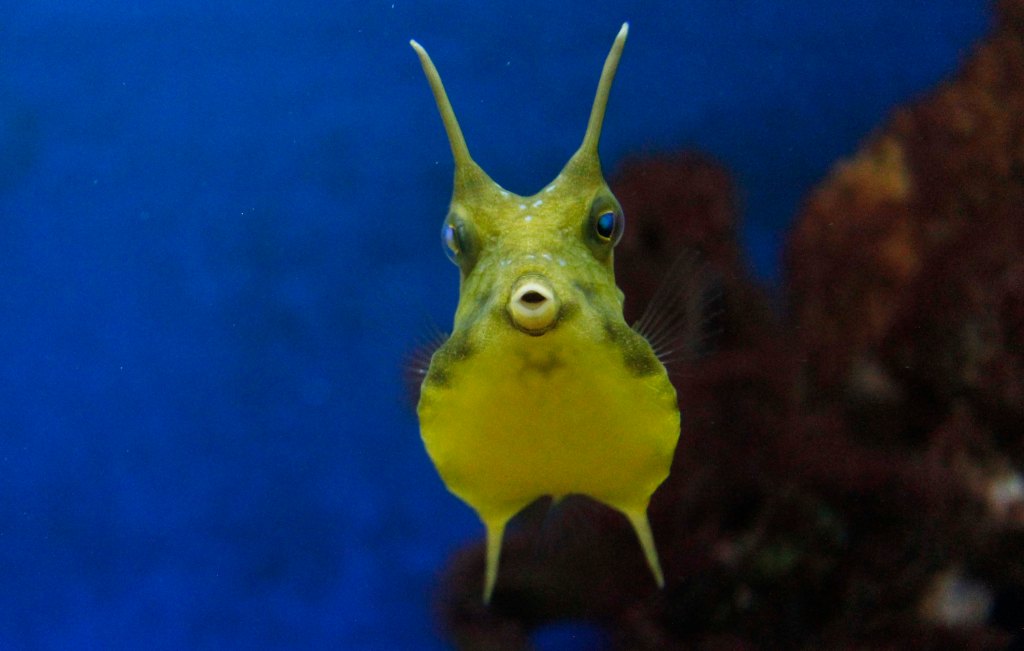 The museum and aquarium are well maintained and well worth a visit.