Gothenburg Maritime Museum and Aquarium. The aquarium celebrated its 90th anniversary on December 7, 2013.

Tickets cost about €4.50 for adults and are valid for a whole year to five museums in Gothenburg.

The aquarium is only a few rooms on the ground floor, but we think it is the same category as the larger aquarium in Gdynia
– perfect little gems. The tanks are well kept and there are some unusual items. This is the first room with a touching tank. 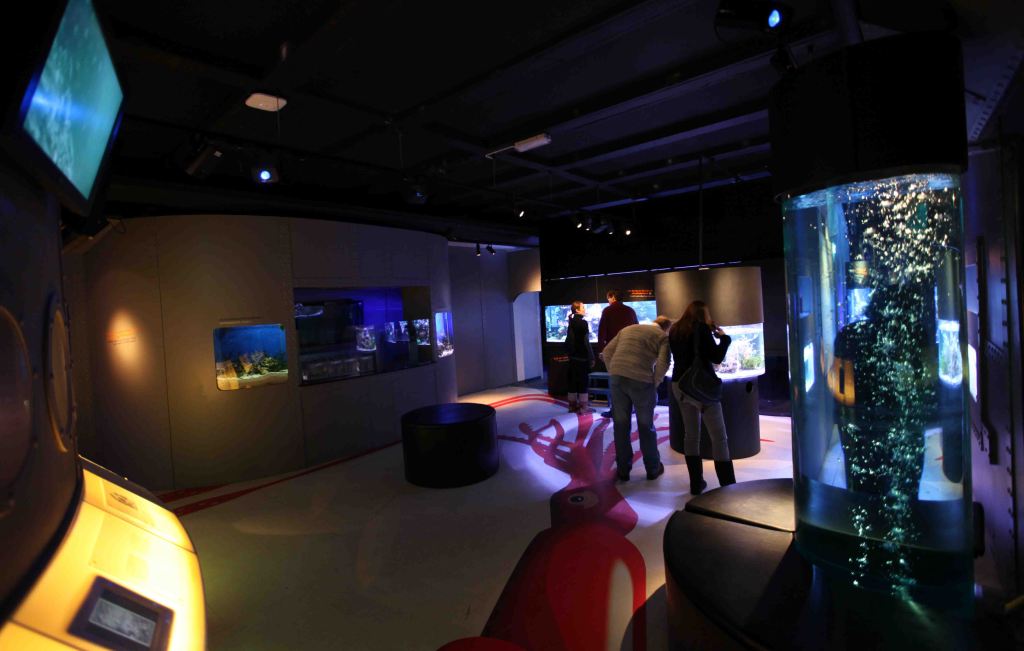 The second room has a tank of Cnidaria – a large phylum including coral and jelly fish, with specialized cells to collect prey,

Upside down jelly fish. The mushroom-like top is on the bottom. The tentacles float up to catch food and
light used in photosynthesis by the algae that live in its cells. The same algae also live in symbiosis with coral. 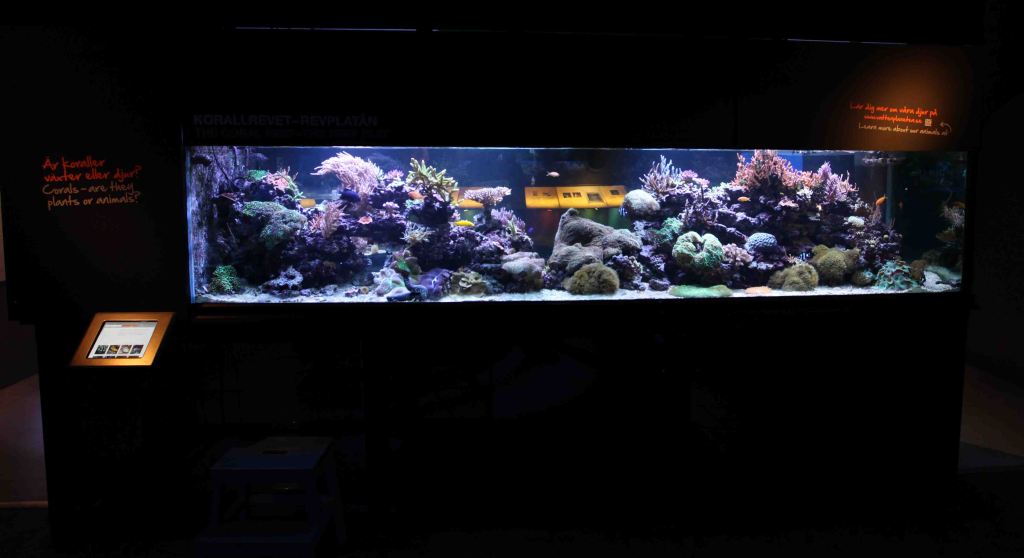 Every self-respecting aquarium has a lion fish. 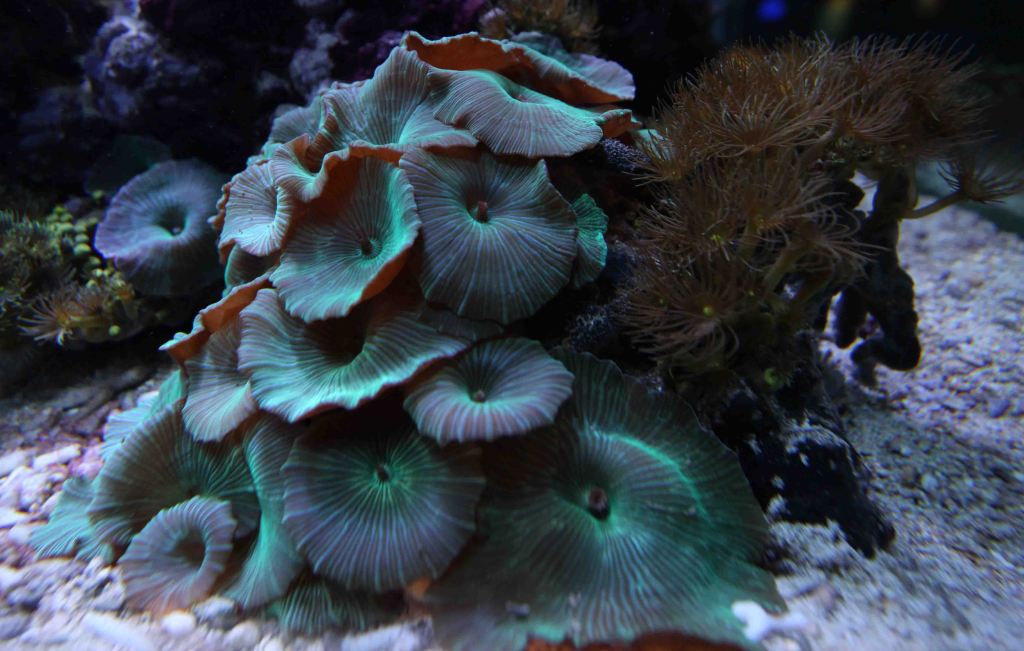 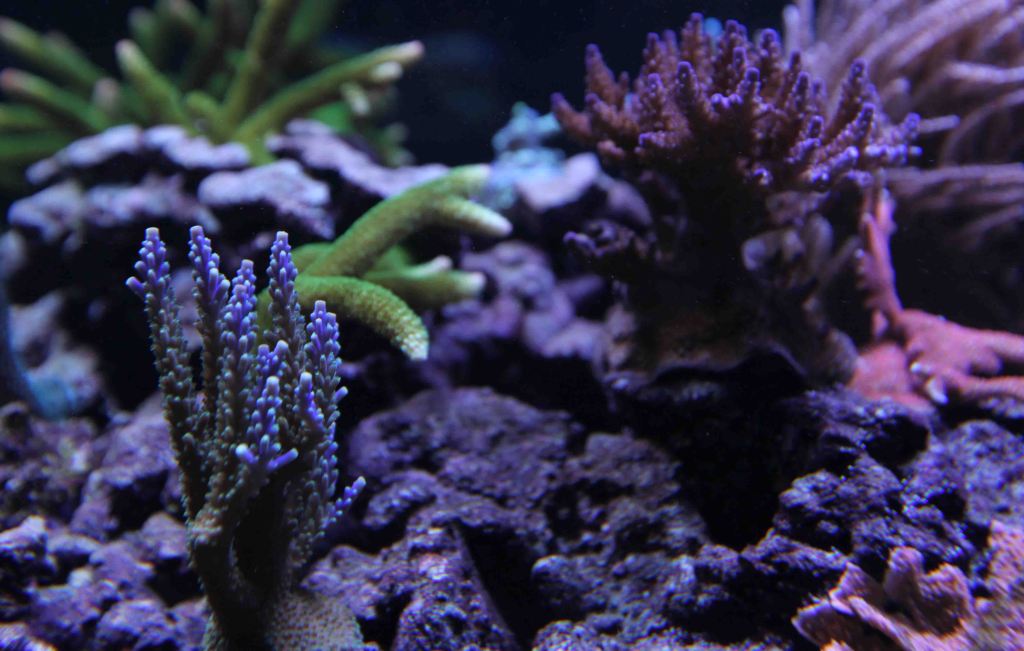 A small giant clam Tridacna maxima open so that it hides both halves of its shell. It can be mistaken for a mushroom coral.

There is a section with fish and marine life from Scandinavian waters.

This is a Swedish version of a seahorse.

There were at least four eels in this tank. 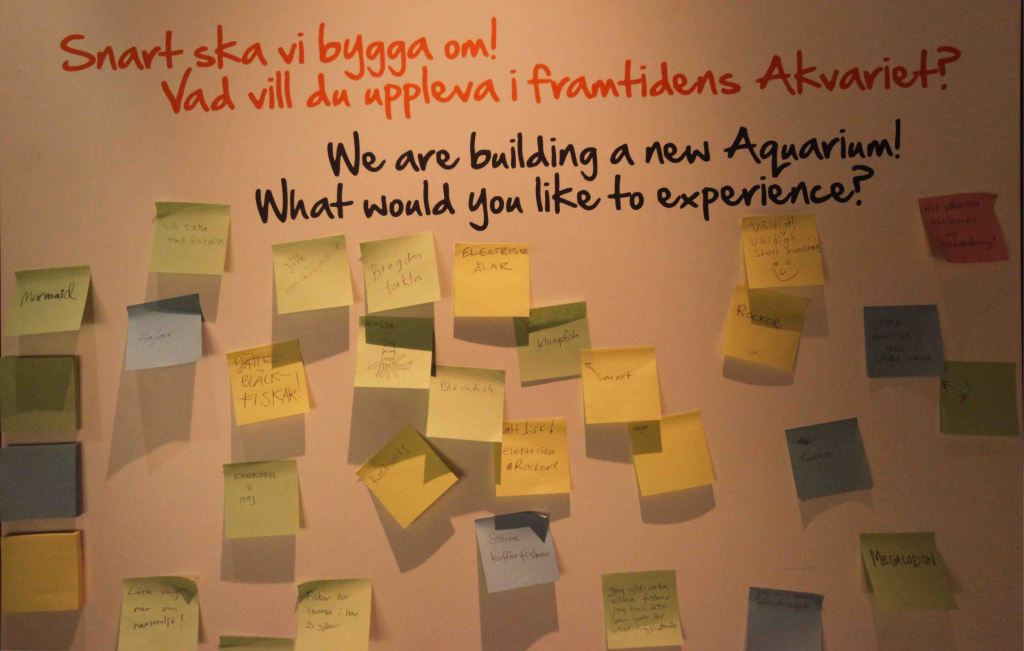 The municipality has allocated funds for a new aquarium, and visitors are asked to leave suggestions.

The maritime museum is on the two floors above the aquarium. The third (top) floor has lots of activities for children. 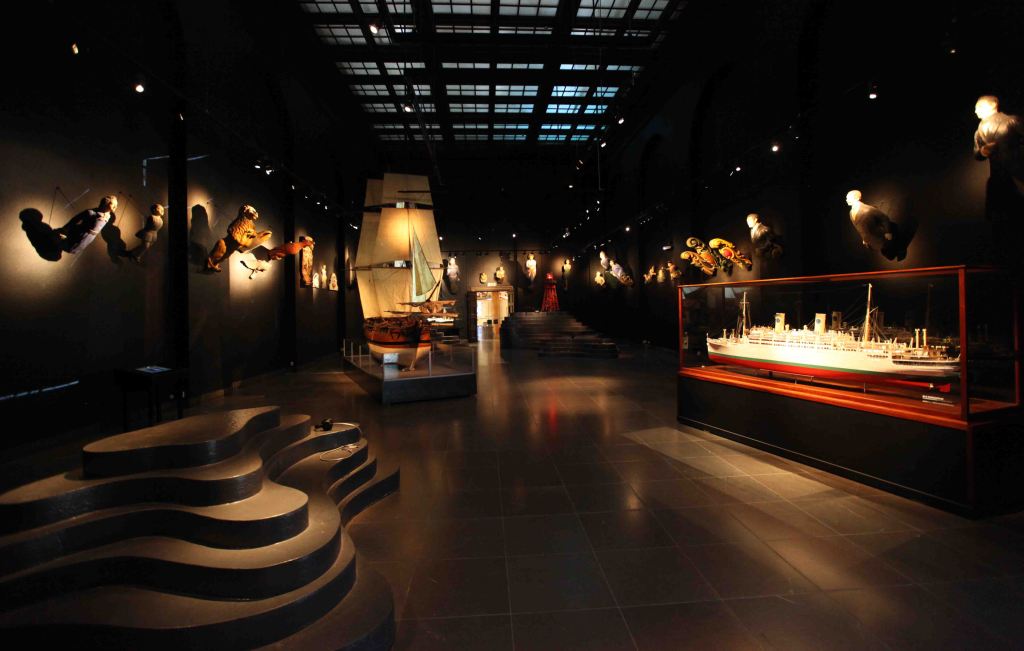 A separate room in the centre of the first floor. There are places to sit and listen to audio presentations.

One part is about migration to the USA. More than one million Swedes emigrated during the 19th and early
20th centuries. The model is the steamship Stockholm that took migrants from Sweden to the US from 1905. 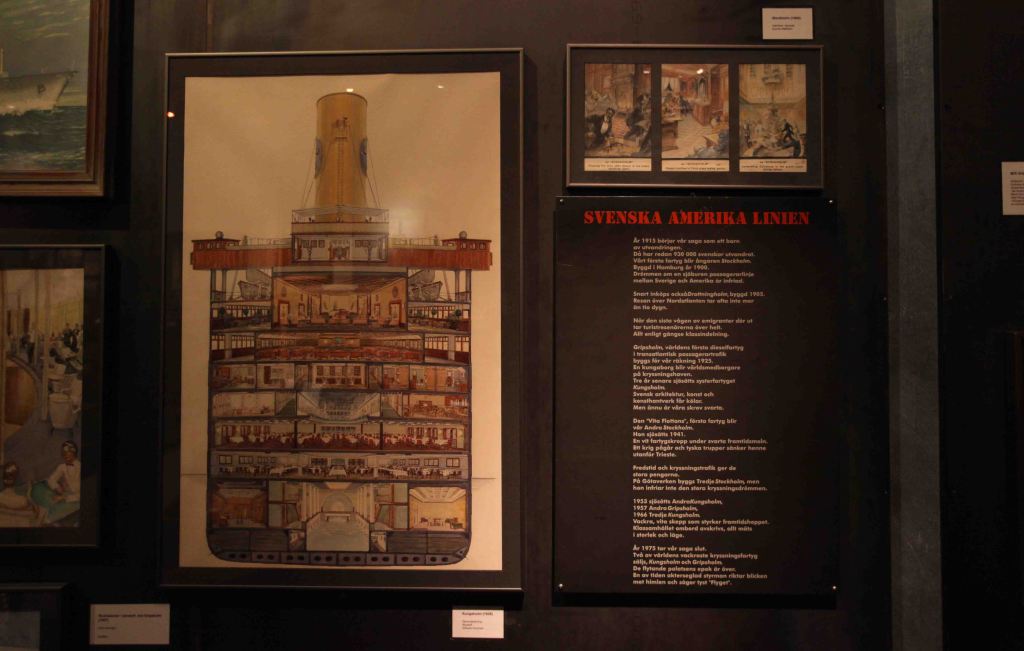 A section of MS Kungsholm that traveled between Gothenburg and New York.

There are sections about sailing ships, both recent and old. 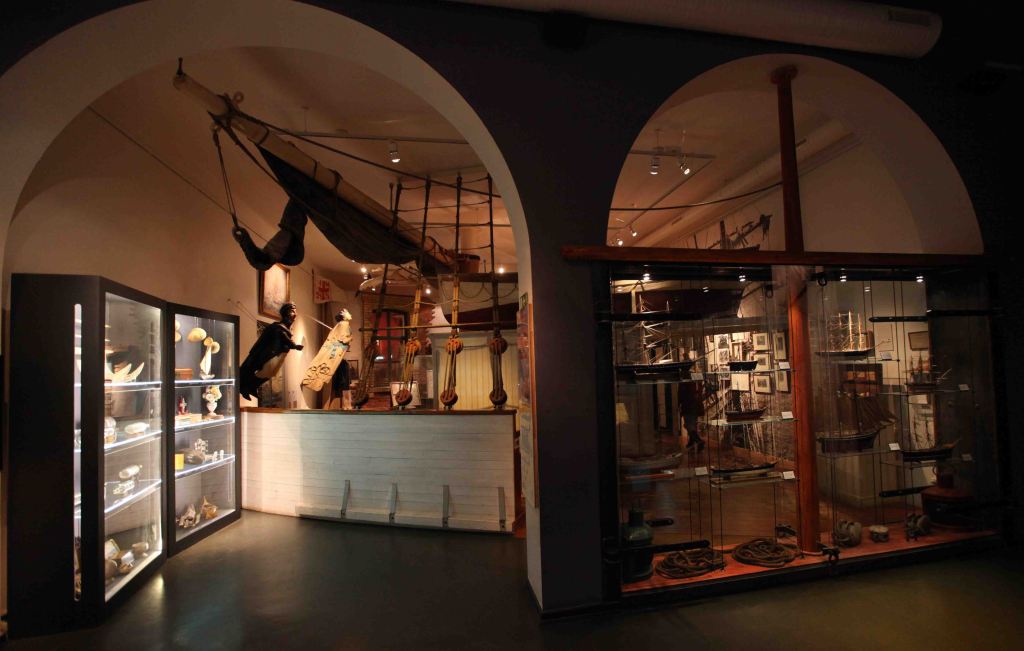 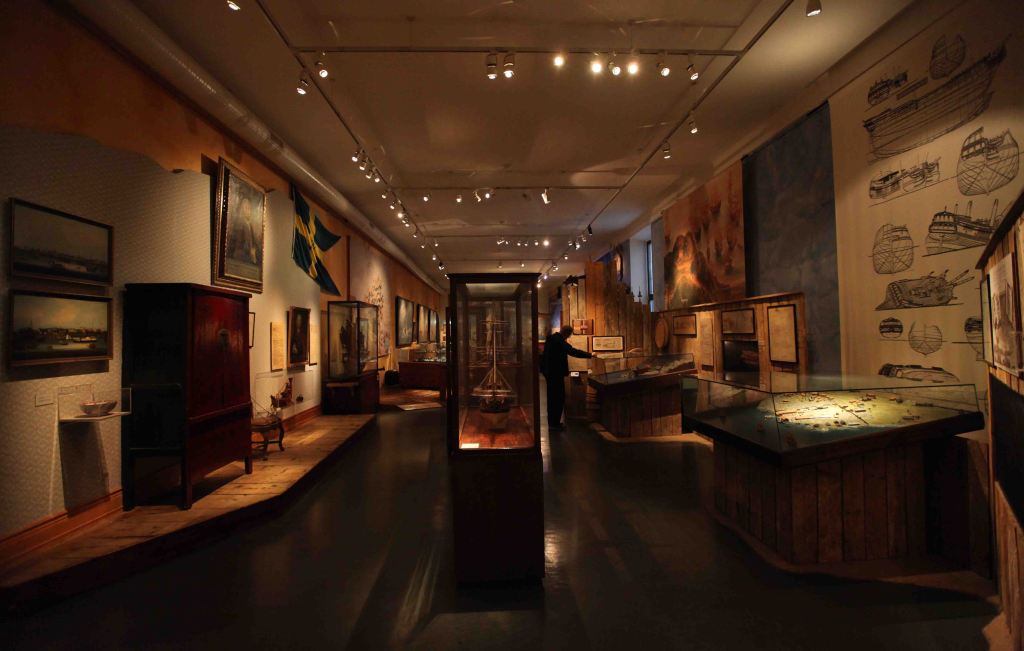 A temporary exhibition of graphics by Torsten Billman, until January 5, 2013. 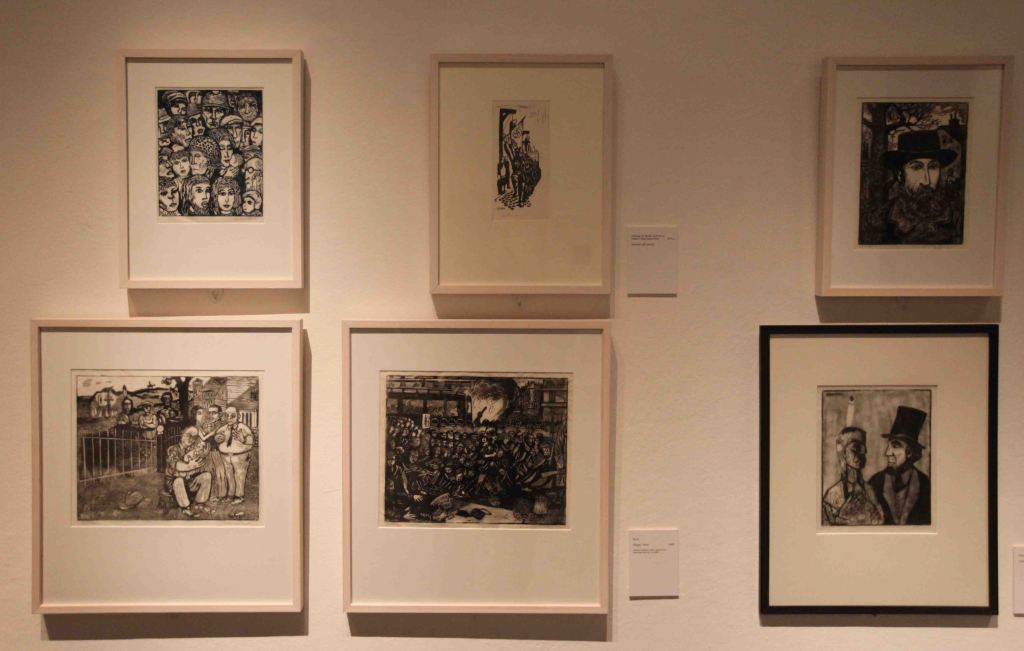 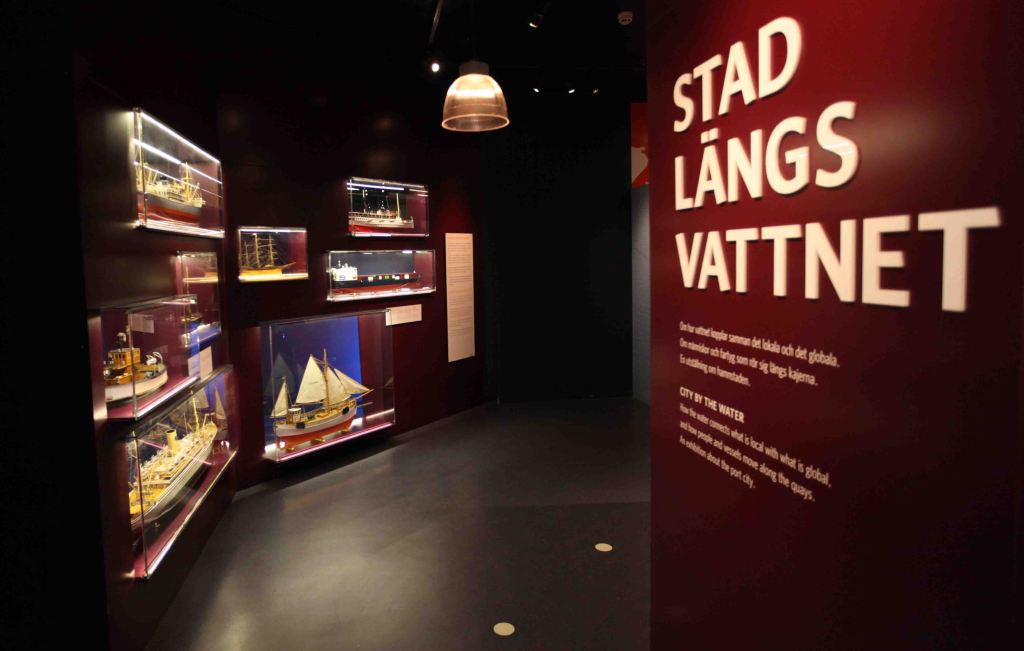 A section about Gothenburg, which was the main Swedish port.

Gothenburg used to have several large ship builders, like Götaverken.

Photos of the different professions working in the harbour.

About safety at the work place.

Some of the ships built in Gothenburg.

There is a special children’s section, including the “wheelhouse” from a fishing vessel that really rocks you around.

The special playroom for the youngest. 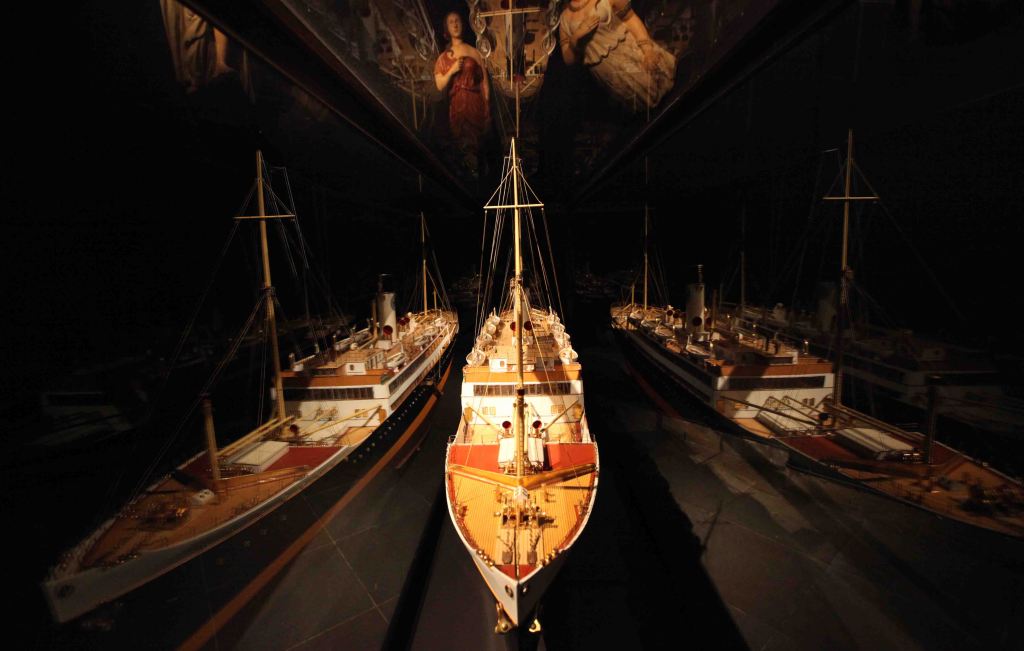