Predjama Castle is nine km further on the country road from Postojna Cave through villages and woods. Ticket
packages including the cave, castle and vivarium can be bought on line. http://www.postojnska-jama.eu/en/packages/

There is a restaurant near the parking lot. Public toilets are down steps to left just beyond the terrace, opposite the restaurant.

From the restaurant. The castle is placed half way up a 123 m vertical cave. The cave under the castle can be visited between
May and September. There are guided tours and rafting trips, and special arrangements can be made for experienced cavers.

There is only one visible entrance to the castle, from the right side, but
there are other ways in through the cave and through secret passages.

Just inside the door. You can buy a ticket here, but could be easier to buy a combination online including Postojna Cave. 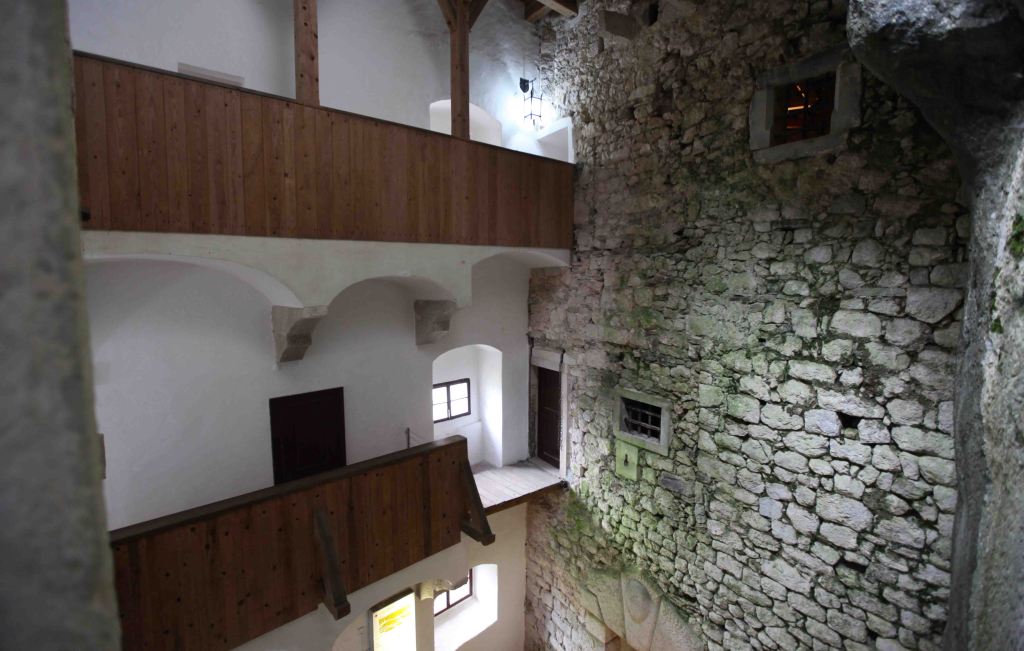 Remains of the old building to the left, the new Renaissance part to the right.

Some rooms offer information about the castle and what life was like at different periods.
After reconstruction in 1572, and until taken by the state after WW II, the castle’s owners
lived elsewhere and used it as a vacation and hunting retreat, so there was very little wear.

The priest’s desk outside the torture chamber.

The torture chamber and dungeon carved into the side of the cave.

A salon from the new castle showing women’s daily activities.

A reception room with window seats.

An area for food preparation and storage. 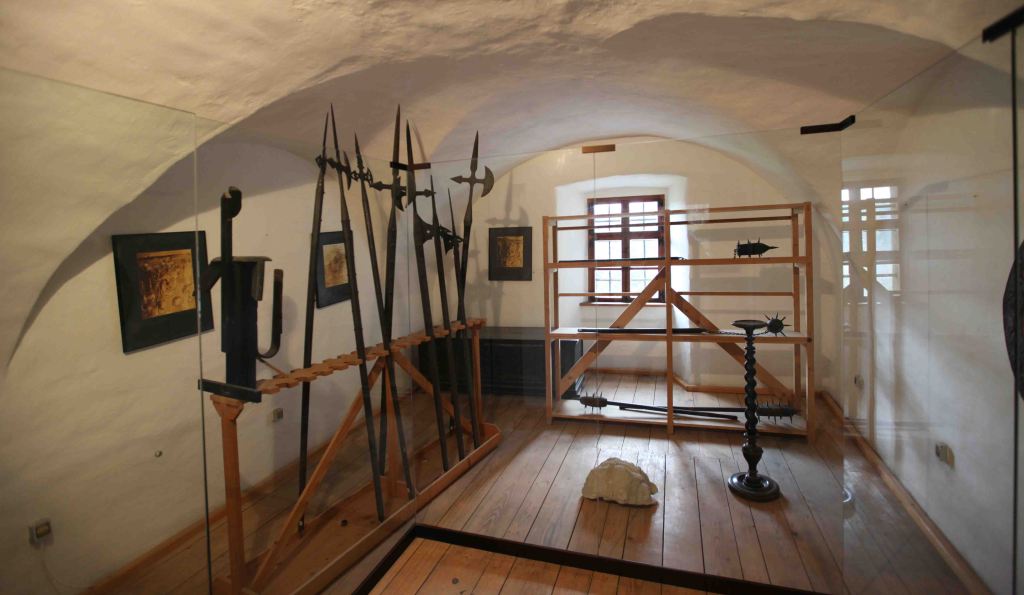 Some of the weapons of the time. 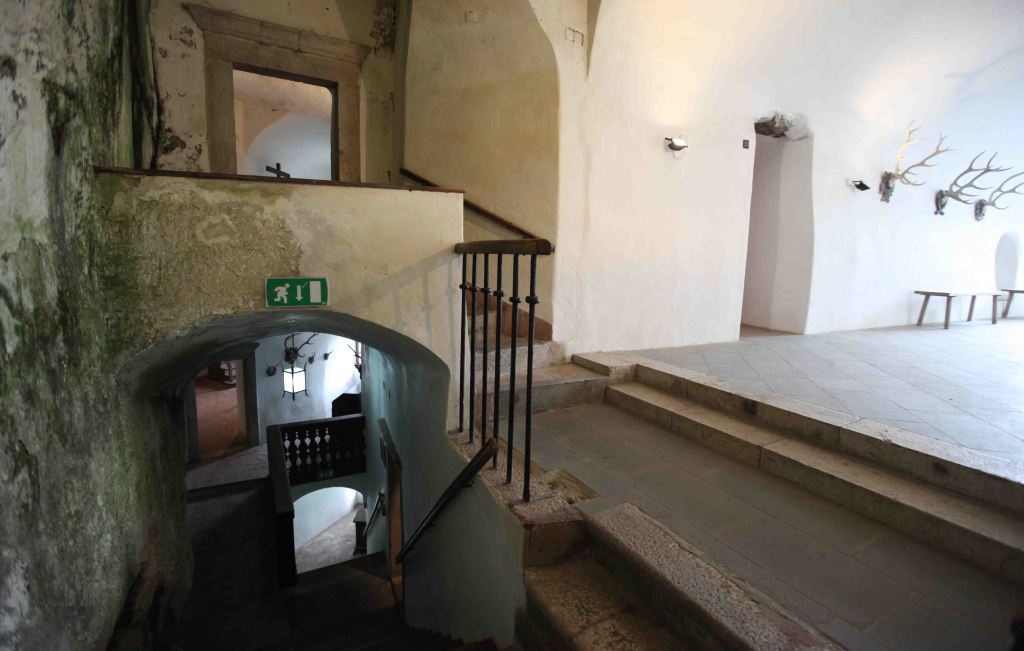 Where the old remains join the new castle.

Passage from the castle into the cave at the back of the old castle. 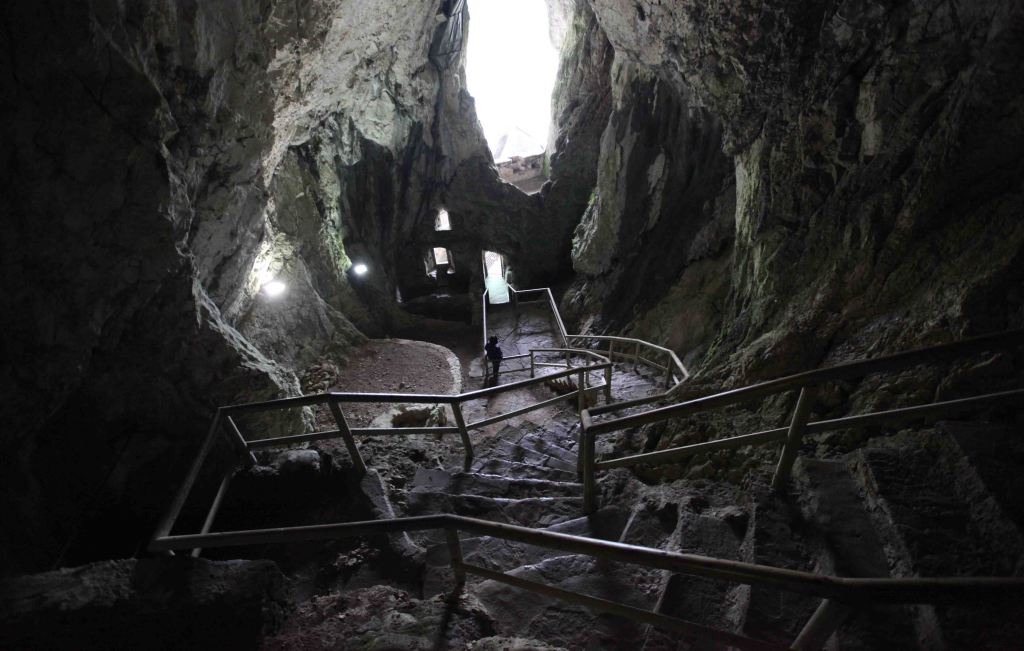 In the cave looking back toward the entrance. The steps are part of a long passageway into the cave and out of the castle. 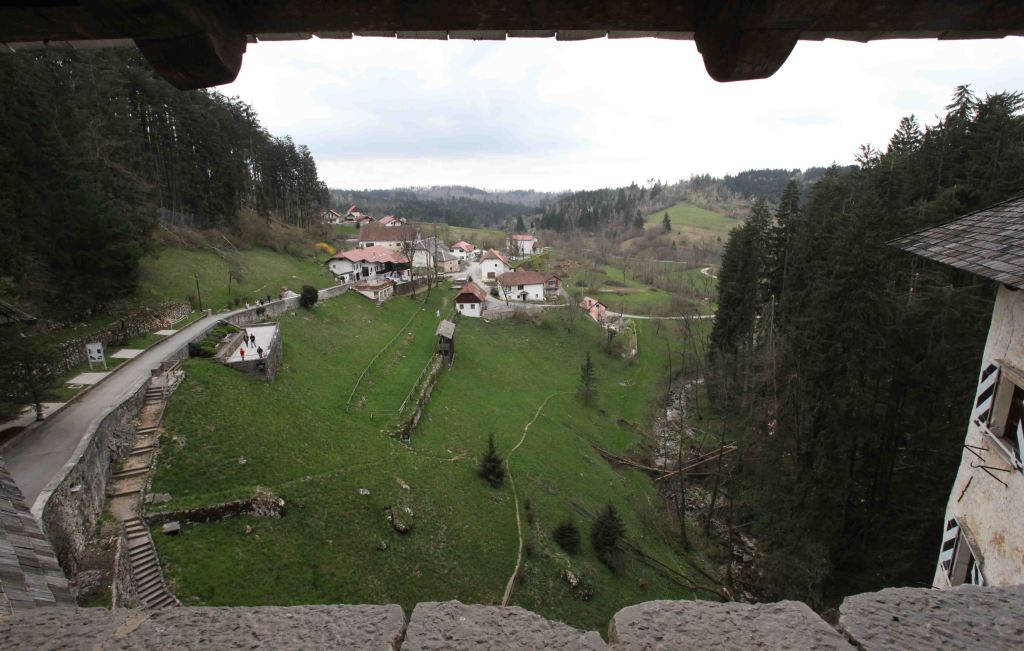 View from the covered terrace on top of the central part of the castle. The entrance is on the far left.

An ice storm passed through the area a few weeks before our visit. There was still a lot of clearing to do.