We visited Alcatraz in early January 2015 to see the island and the special art exhibition by Ai Weiwei.

Alcatraz is very popular. Tickets must be bought on-line several days before. During December tours were full for weeks.

All who board the ferry to Alcatraz get their pictures taken – which you can buy upon your return. 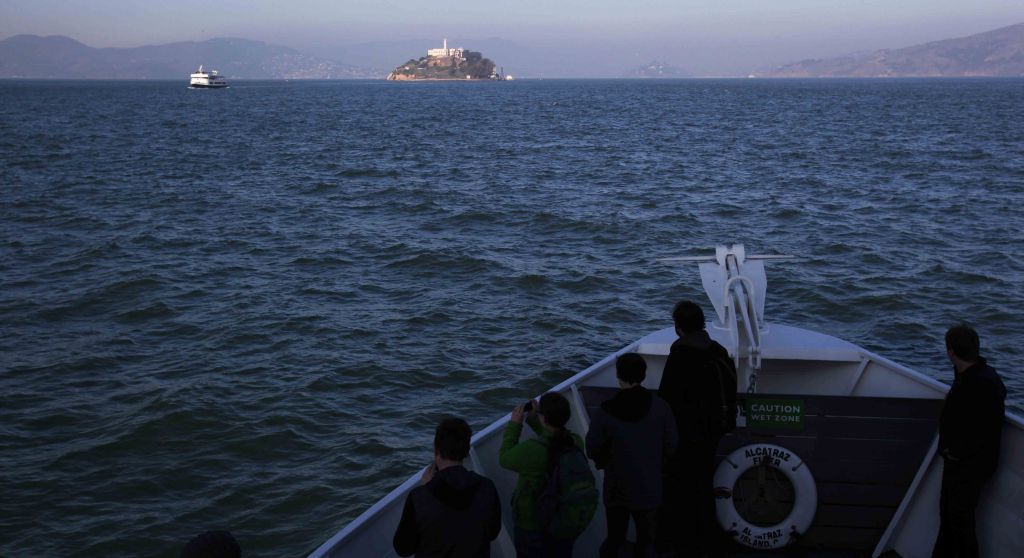 There are two shuttle ferries to the island, and you buy a ticket for a specific departure time. You can take any ferry back. 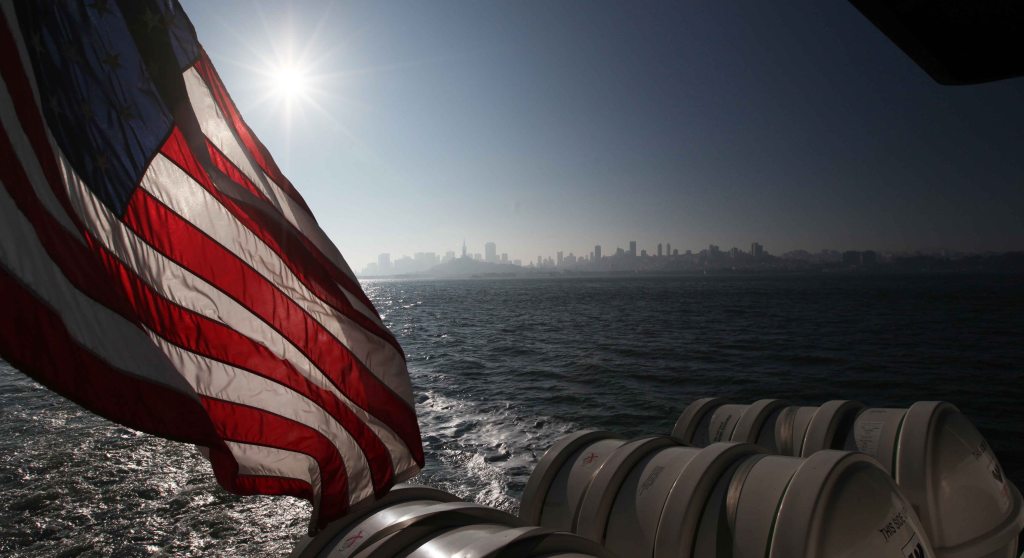 Looking back at San Francisco on departure.

Approaching Alcatraz. The ferries moor on the east side of the island. All other boats must stay clear of the island by at least 200 yards.

An introduction is given on arrival, with information such as that everything is free on the island
(except in the gift shop), special events of the day, and directions to the few functioning restrooms.

There is an orientation film shown in the big building close to where the ferries dock. There are several
film viewing areas and a small bookstore and gift shop. There is a larger bookstore in the cellhouse.

Part of the film viewing block. One part contains a museum that explains the history of the island and how it became a prison. 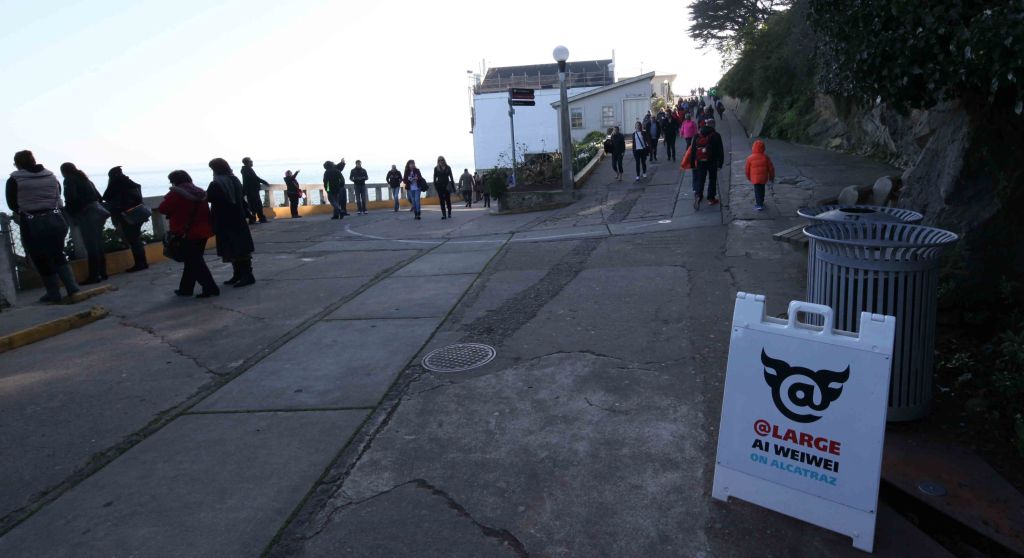 It is a steep walk from the ferry, but there is a ride available up to the administrative building and the cellhouse. 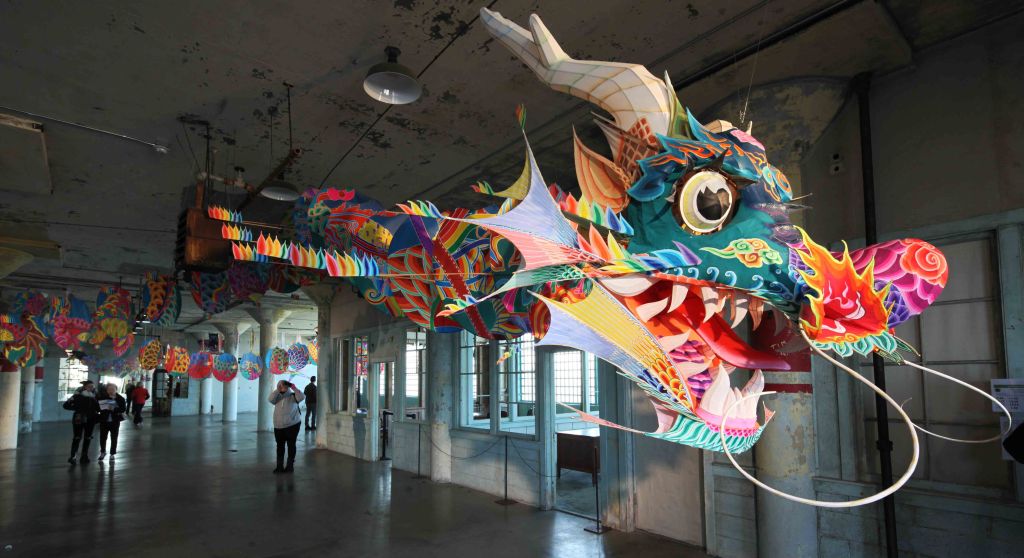 Ai Weiwei cannot leave China, but gave instructions about the installations from there. The text on the dragon reads
“Every one of us is a potential convict, Ai Weiwei”. Ai Weiwei quote: “the purpose of art, which is the fight for freedom”.

The hall in the New Industries Building where the main display is shown. 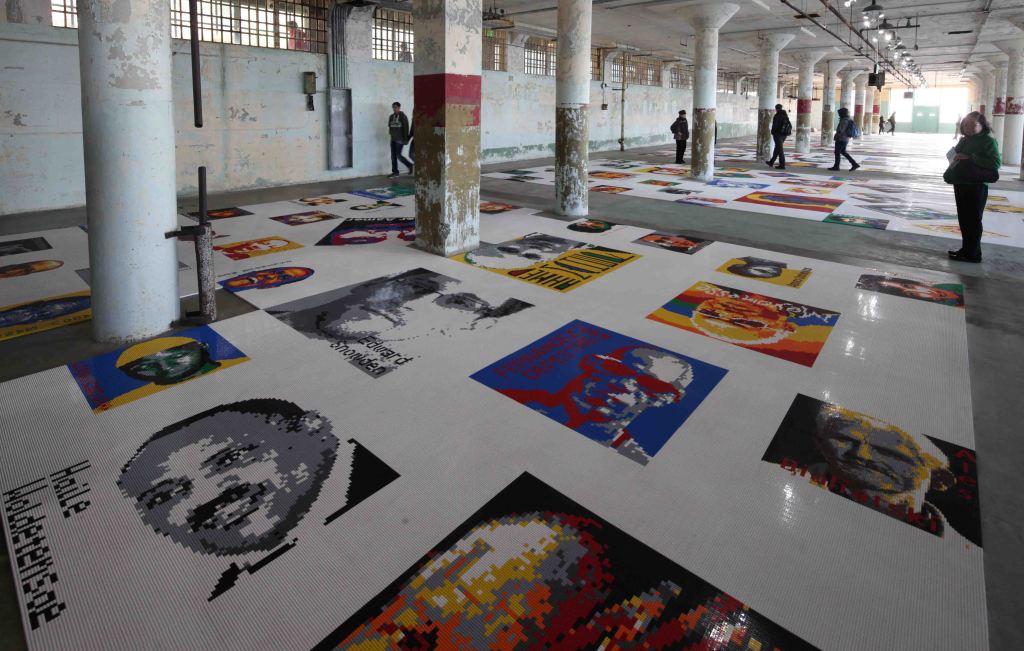 The portraits of human rights activists from around the world, people deprived of their freedom of speech, are made of Lego. 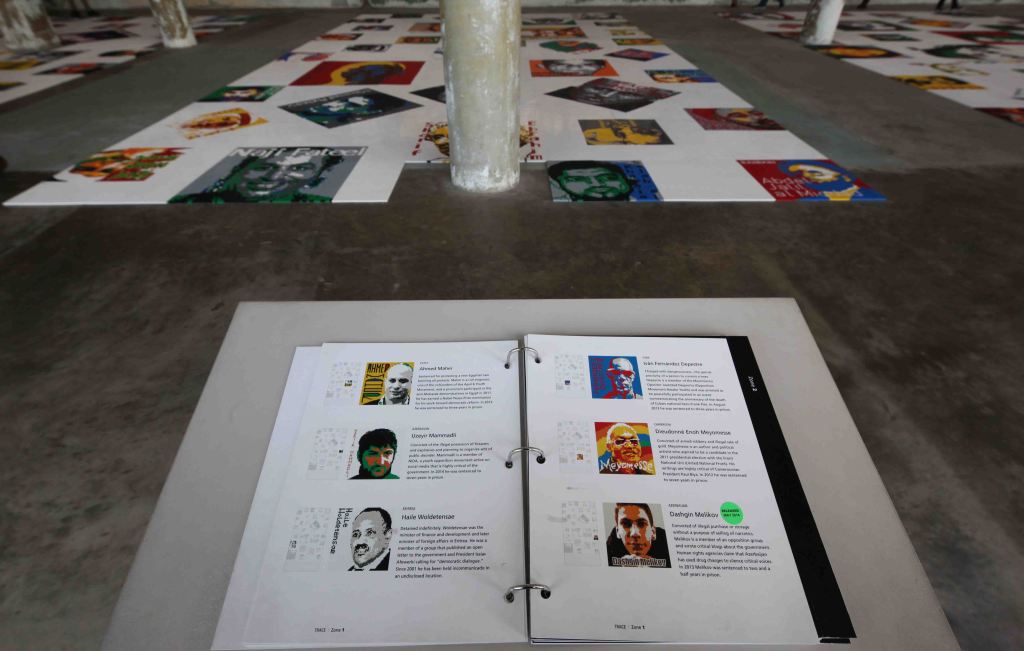 Description of the people portrayed.

Part of the art exhibit is in the administrative and cell block building and the hospital building. The sign in the foreground
tells of the Native American occupation between 1969 and 1971. It raised the awareness of the situation of American Indians.

Ai Weiwei’s exhibit in the hospital. 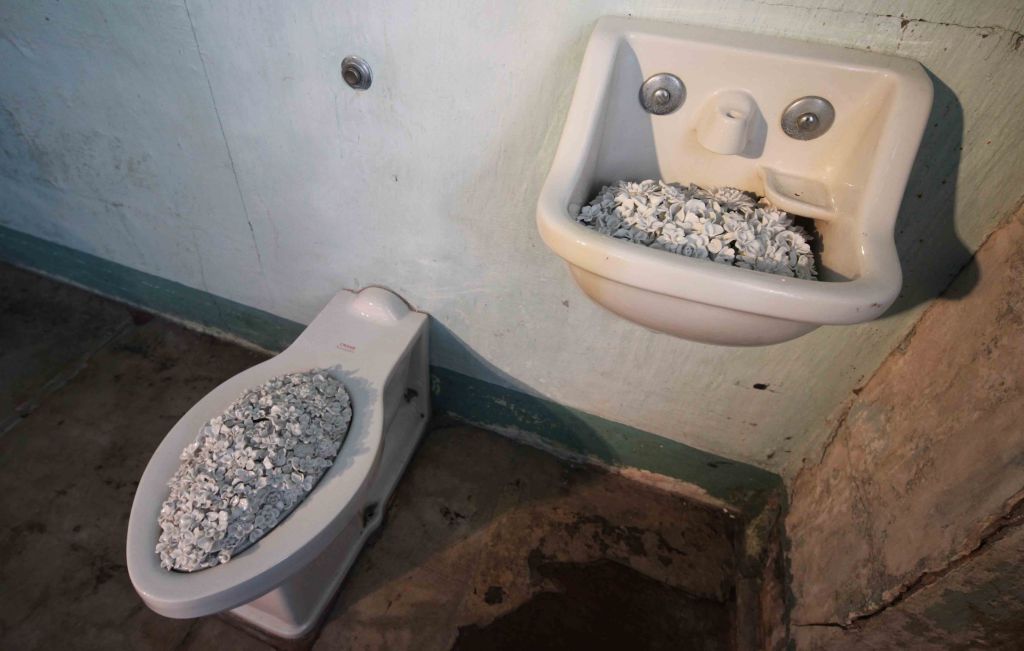 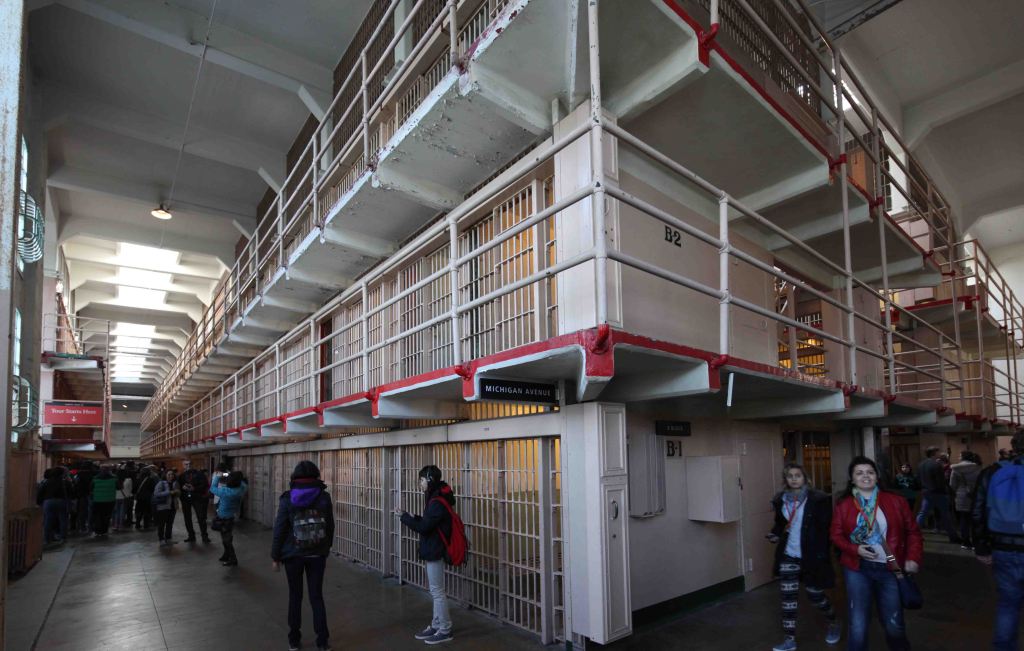 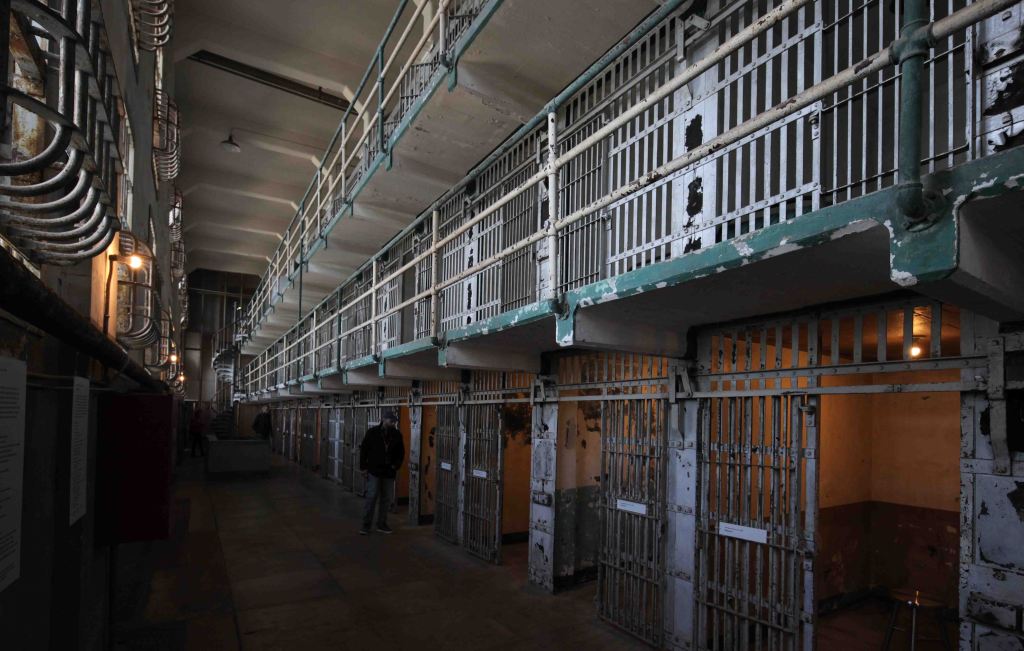 Cell block A, where part of the Ai Weiwei exhibit takes place – note the signs on the gates.

Part of the Ai Weiwei exhibit, audio programmes from and in the cells.

Part of the Ai Weiwei exhibit, poem posted by the cells. 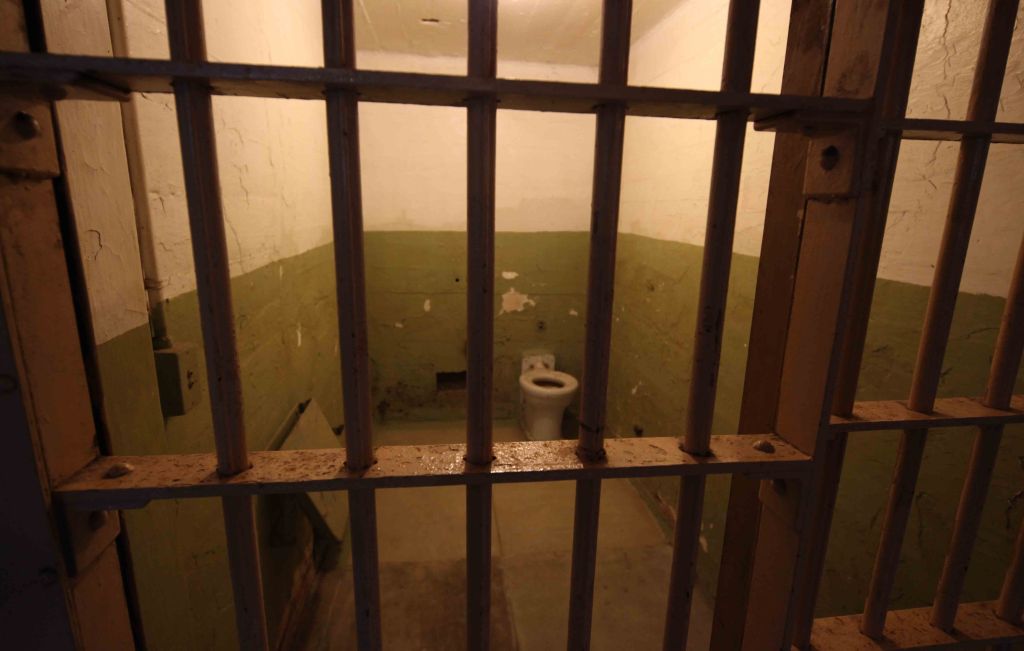 Part of the hospital. 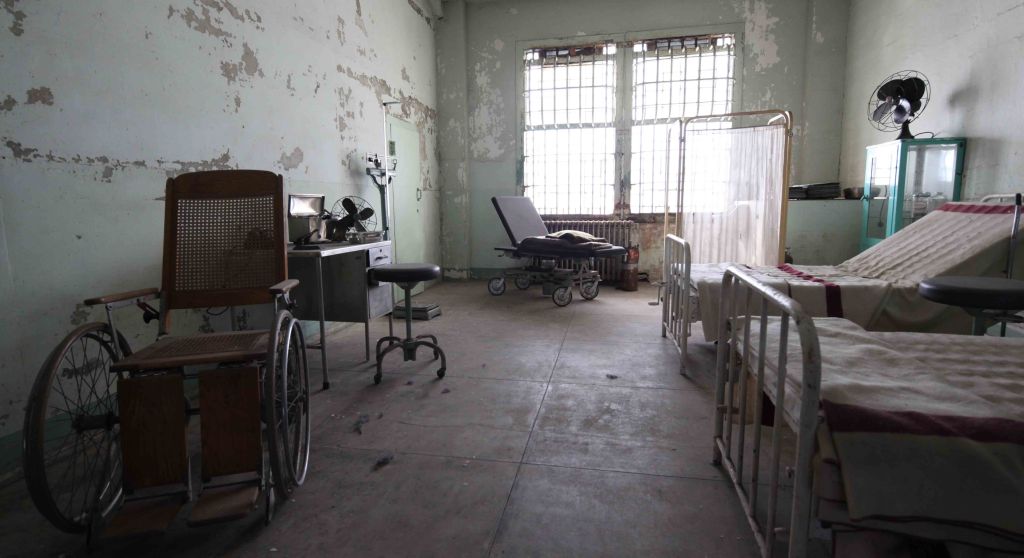 Part of the hospital.

The large bookstore in the cellhouse. 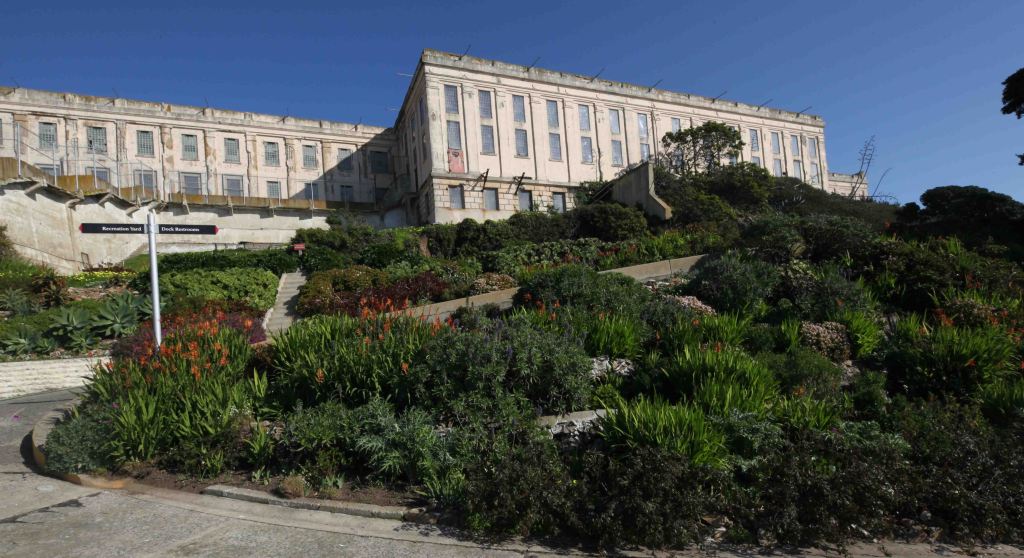 Alcatraz is known for its gardens and rich bird life. We visited during winter, which is when to see flowering succulents.
There are many different types of iris and calla lilies. Many of the flowers were planted by the military originally
posted on the island, and later by families of the prison guards. Now most of the guardening is done by volunteers. 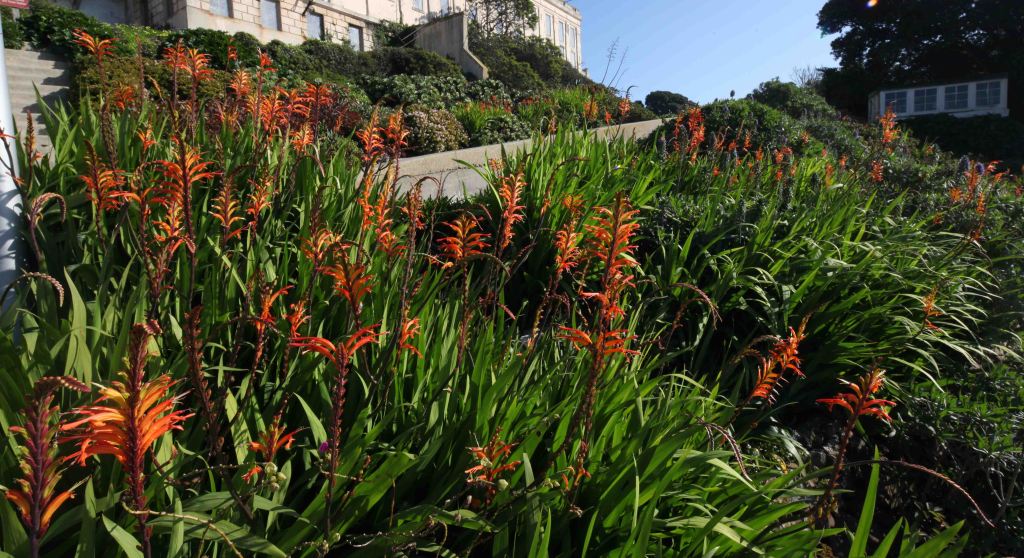 Cobra lily, Chasmantha floribunda.
In an effort to make the barren island more livable, the military began importing soil from nearby Angel Island
and the Presidio. Victorian-style gardens adjacent to the citadel on the summit were planted as early as 1865.

Although the city feels very near, it is said to be impossible to swim across from Alcatraz.

The Golden Gate Bridge is not far away. Aeonium canarience in the foreground. 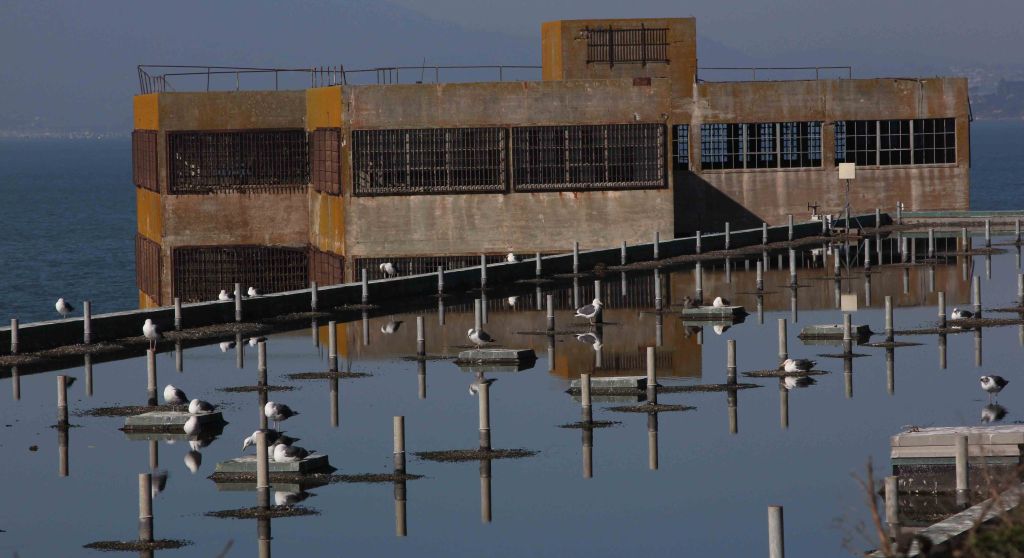 There are supposed to be many birds. We mainly saw sea gulls.

The ferries leave every 30 minutes. Allow 2½ hours for a visit. You may not stay on the island overnight. 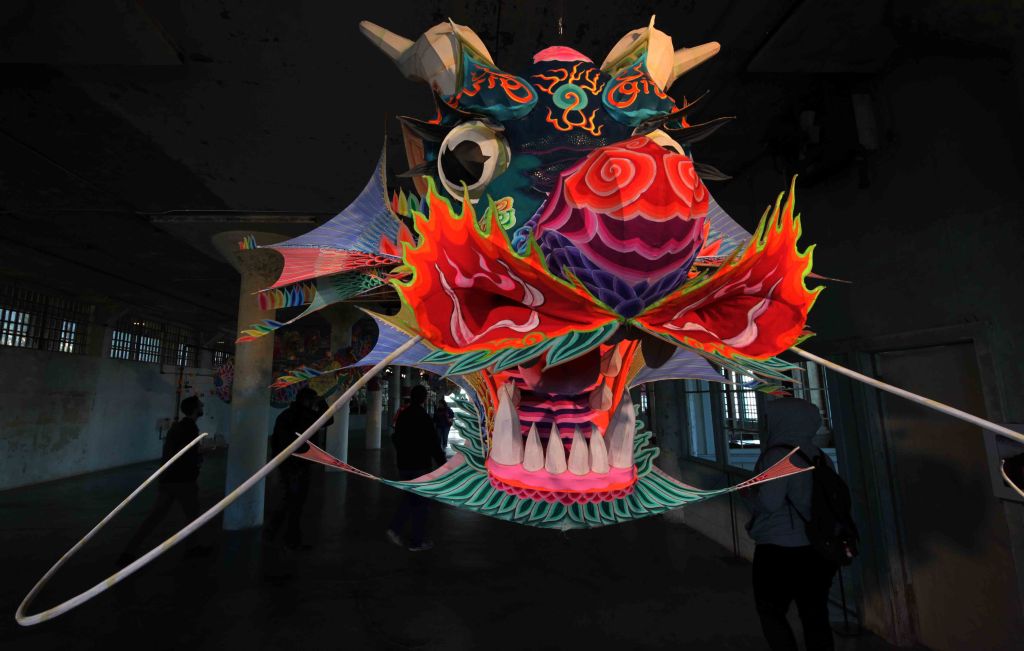 3 thoughts on “Alcatraz and Ai Weiwei”