We saw an announcement in Rostock and took the train to Wismar, where there was a four-day Schweden fest.

There is a commuter train every hour to and from Rostock, and the trip takes about an hour.

The event was to celebrate Sweden’s role in the region in the 17th century. Events included military exercises in costumes from the period.

Although there were many groups from Sweden, those who came from Smålands Karoliner were very visible.

It takes strong characters to dress as Karoliner when the temperature was above + 30 C. 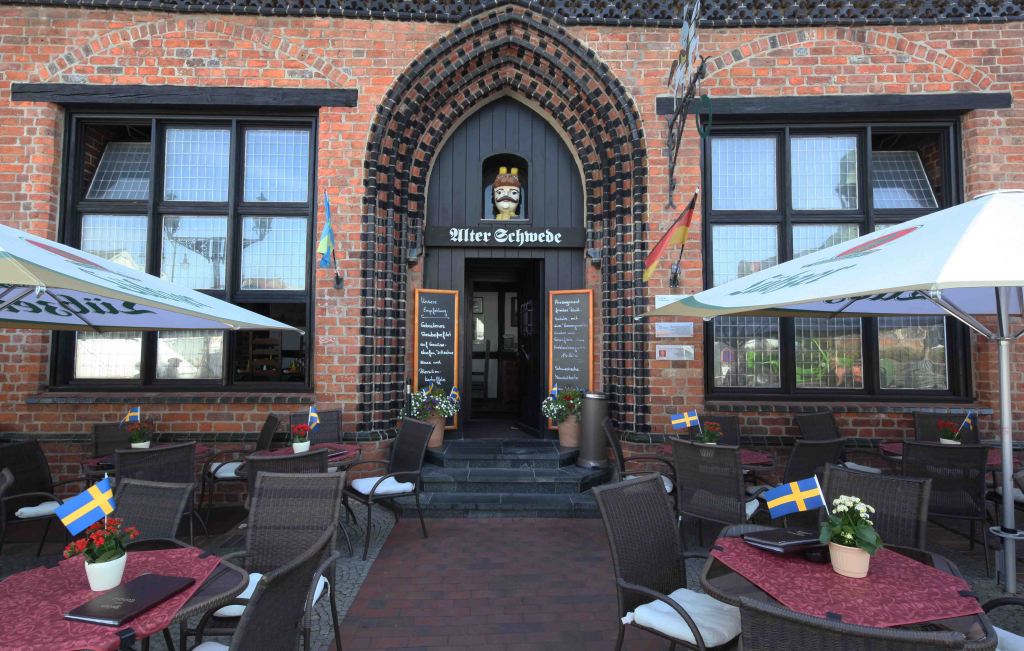 Der Alte Schwede, a Gothic warehouse from 1380 on the Market Square was restored in the 1990s and now includes a restaurant. 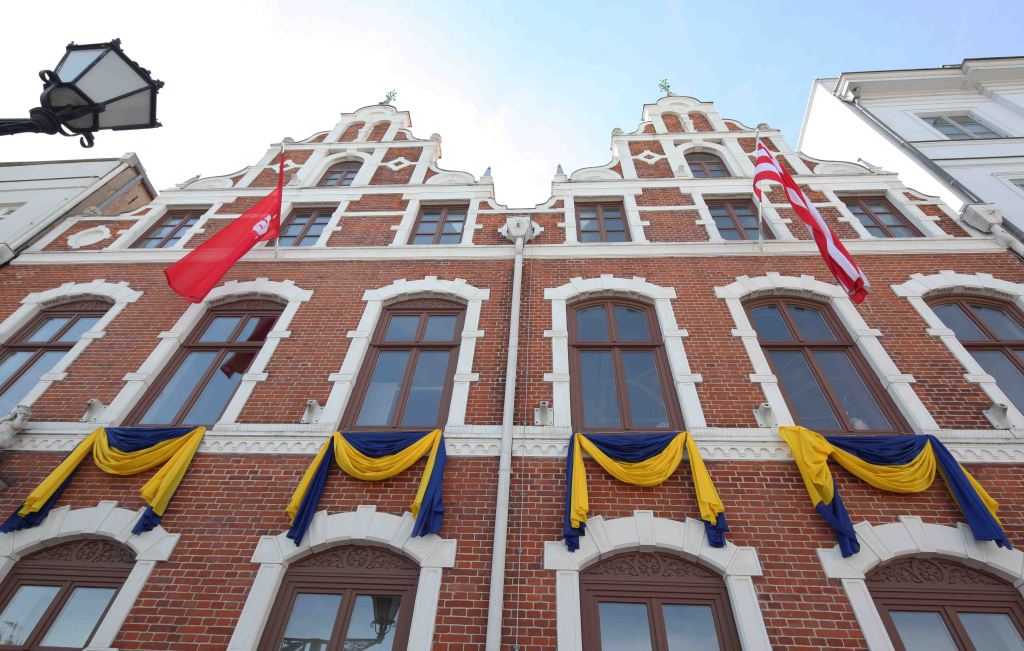 Many buildings either flew Swedish flags, or showed the Swedish colors, blue and yellow.

Smålands Karoliner came with not only military men, but a whole village in traditional costumes.

Canons were fired at the harbour. In the Market Square old muskets like these were fired and made a terribly loud bang.

On stage in the Market Square, a marching orchestra from Vetlanda.

Tables in the Market Square, with yellow or blue tablecloths. 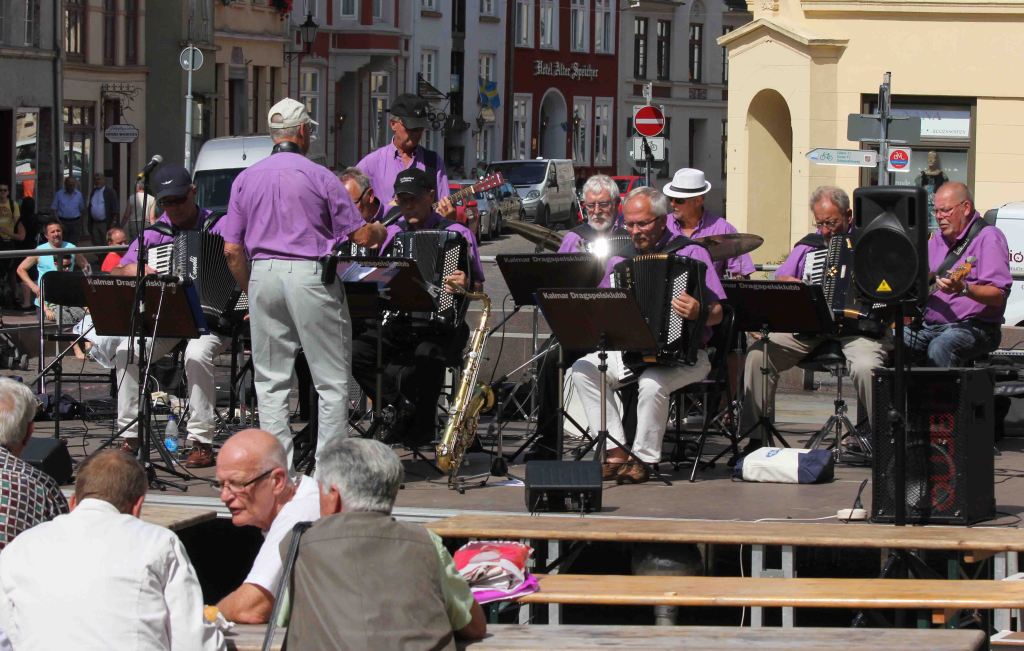 One of many music groups Kalmar Dragspelsklubb. 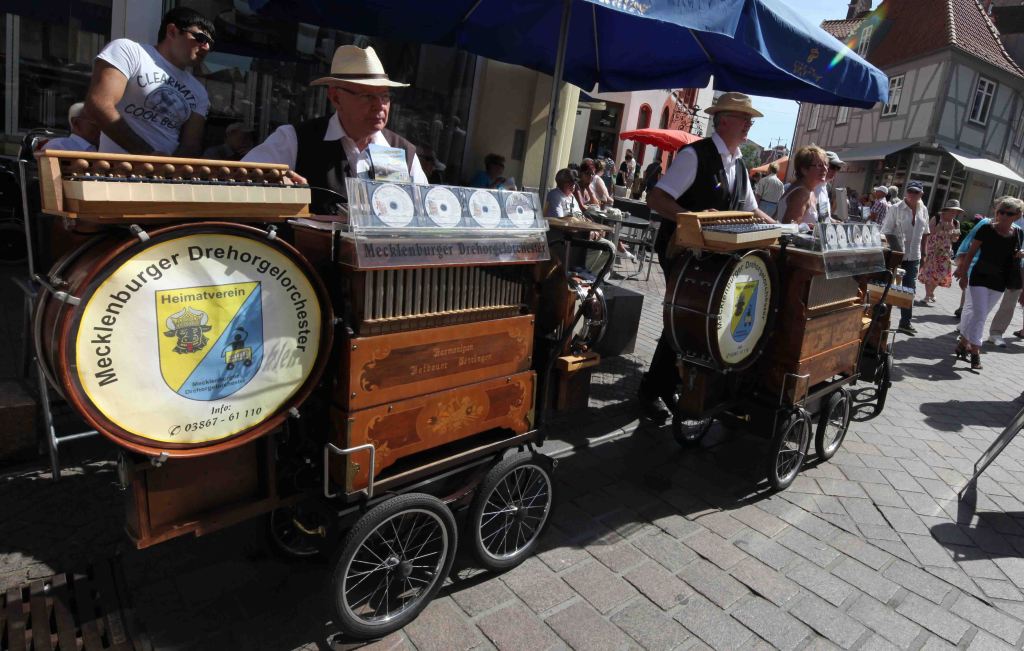 Wismar also has a water fountain that attracted a lot of young people.

As one moved toward the harbor, it became more of an amusement park. 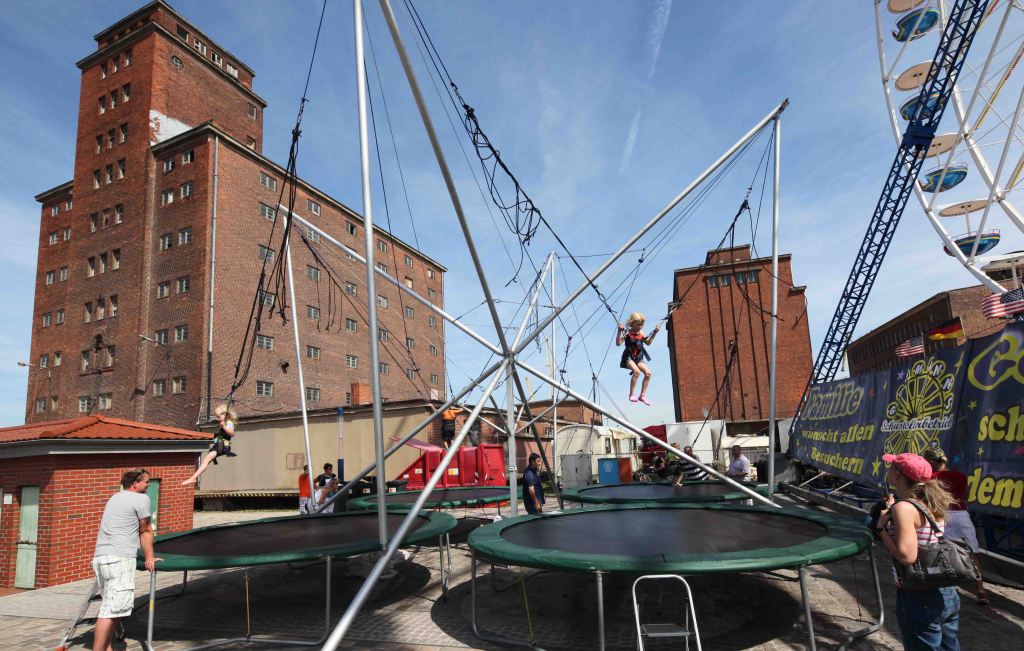 There were many activities for children.

And, of course, restaurant boats with fish sandwiches. 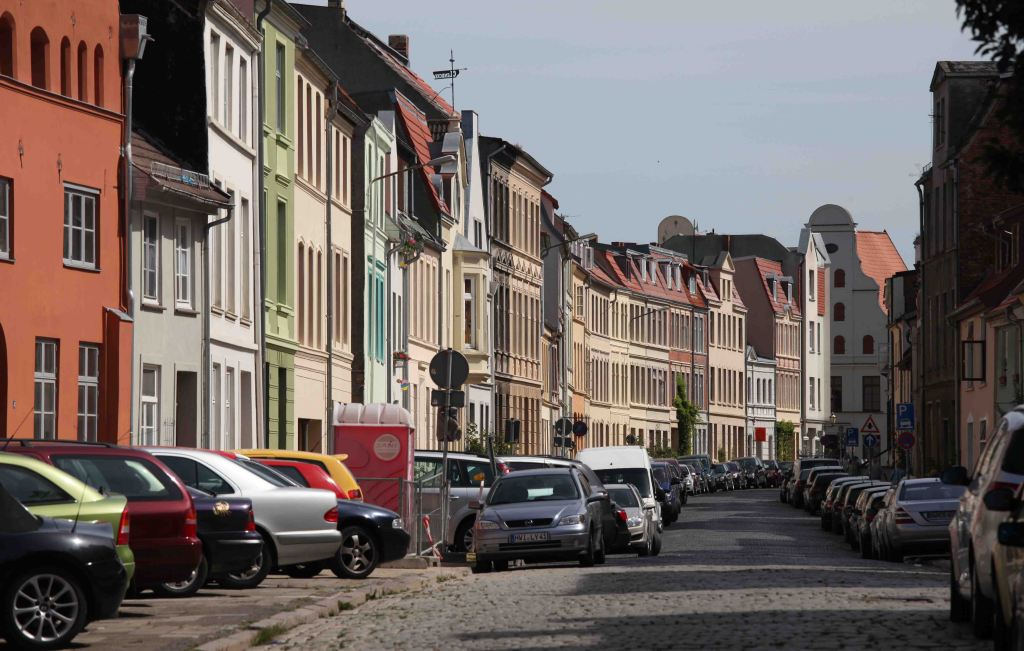 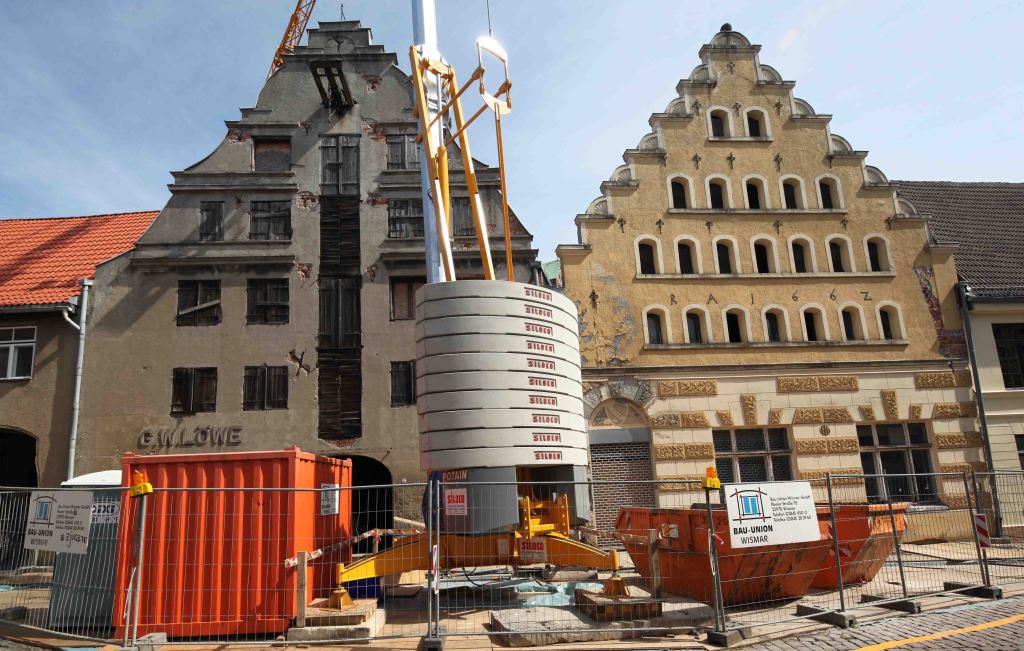 Reconstruction is still underway in the city. 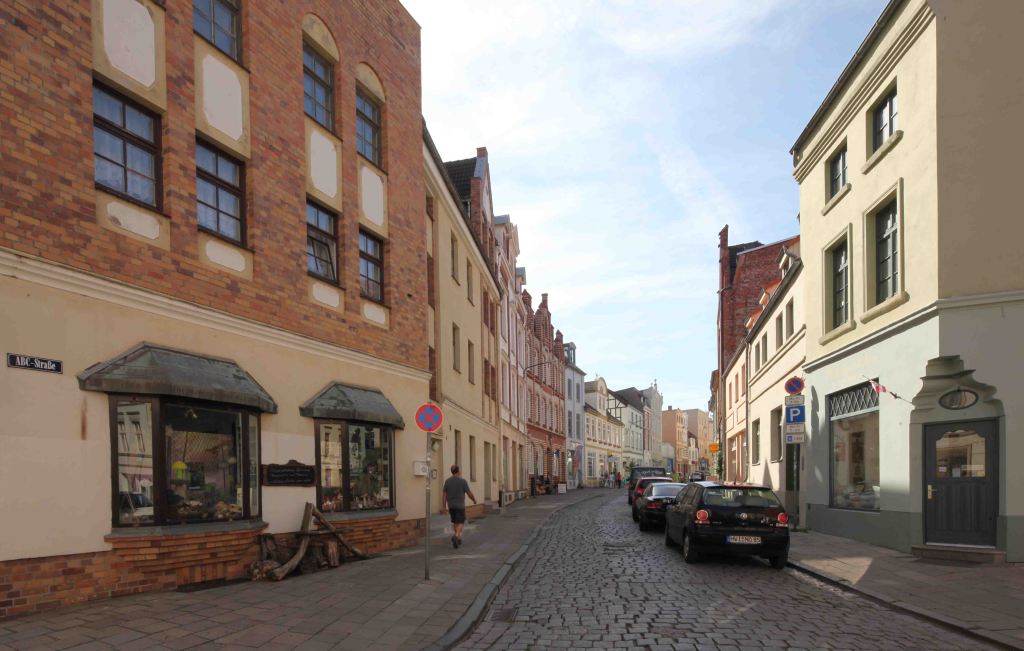 Typical Wismar street, although the shop to the left is special.

It was a mushroom shop, with a large display and lots of information about mushrooms. 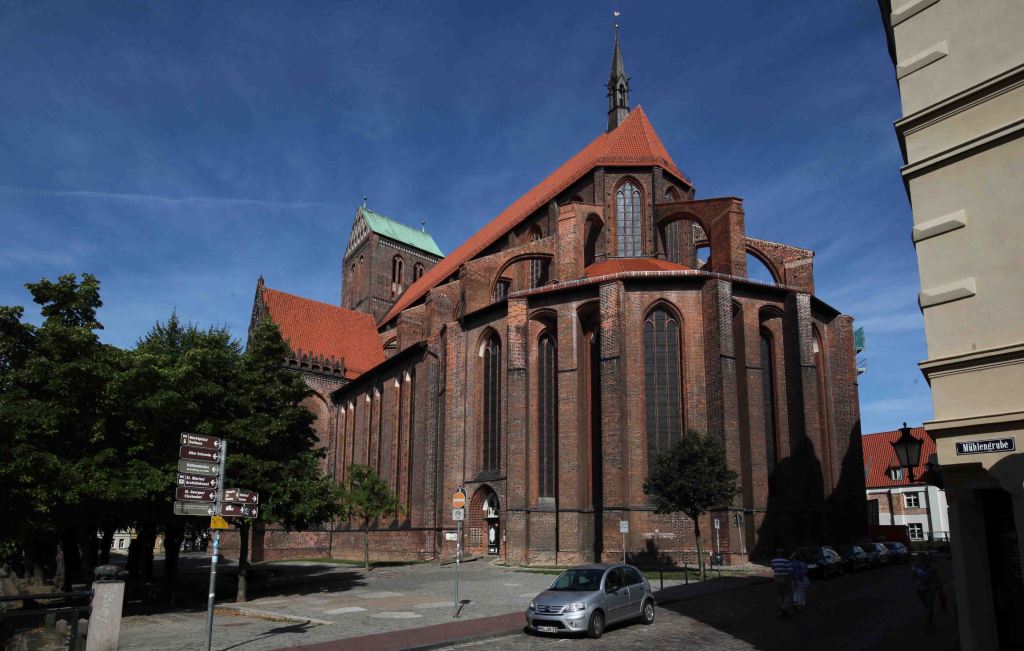 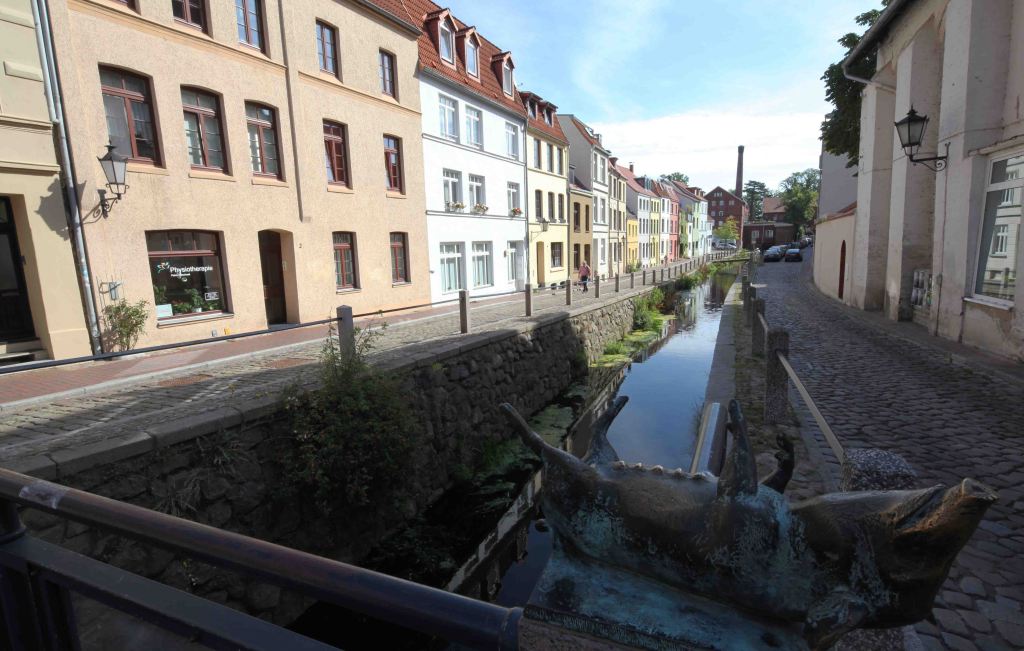 Bridge of Pigs, sculptures of pigs at each corner.