The museum for prehistory in Tautavel, southern France, displays European Neandertal that lived here about
400,000 years ago, and archeological remains found in a cave nearby. You need at least 1.5 hours for a visit.
Note that except during the summer months, the museum closes for lunch and visitors must leave.
Homepage: http://www.450000ans.com/ 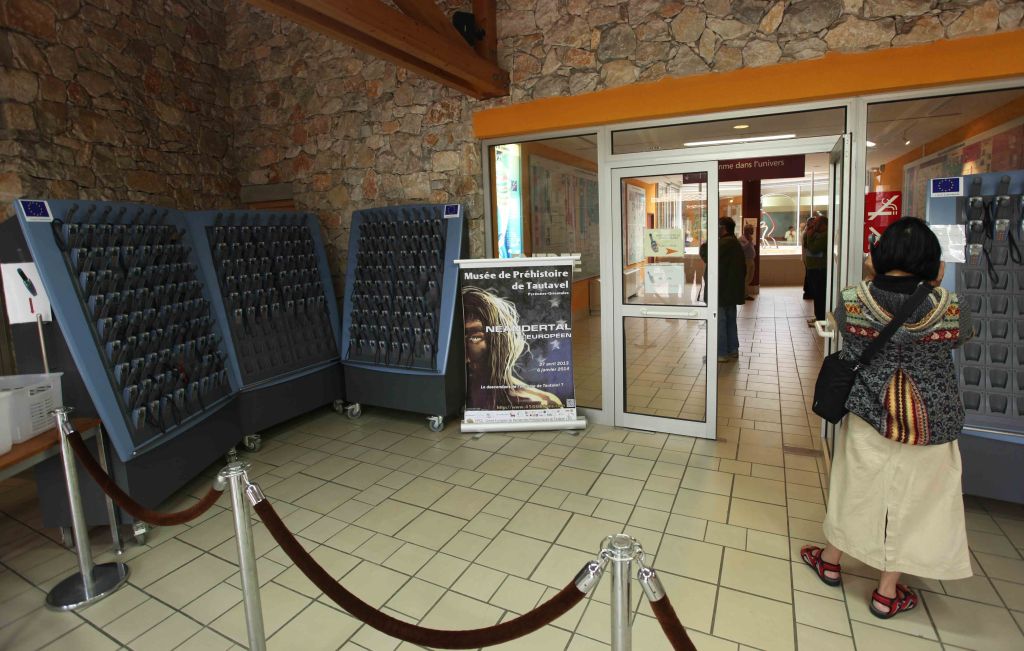 Although all displays use French, there are audio phones with many languages, including English and German. 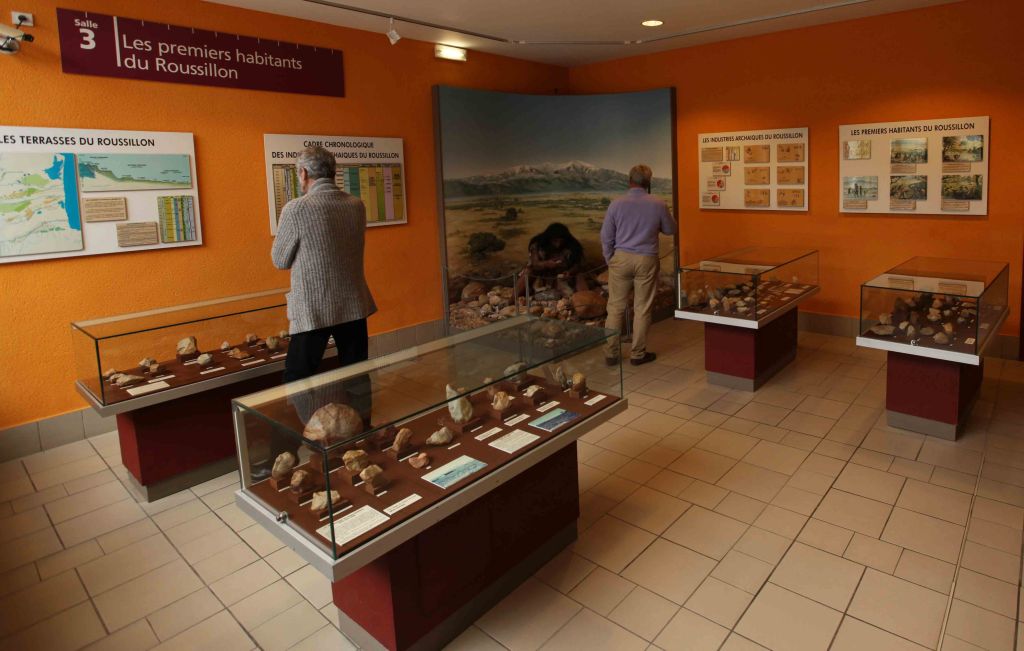 One of several displays of life-size Neandertals

The graph shows that the European Neandertal lived here about 416,000 years ago.

Bone fragments of many animals that lived here are shown. The museum gives
good insight into what life was like for the people who lived here 400,000 years ago.

Bone fragments from a brown bear, Ursus deninger, that lived in Europe between 1,7 million and 100,000 years ago. 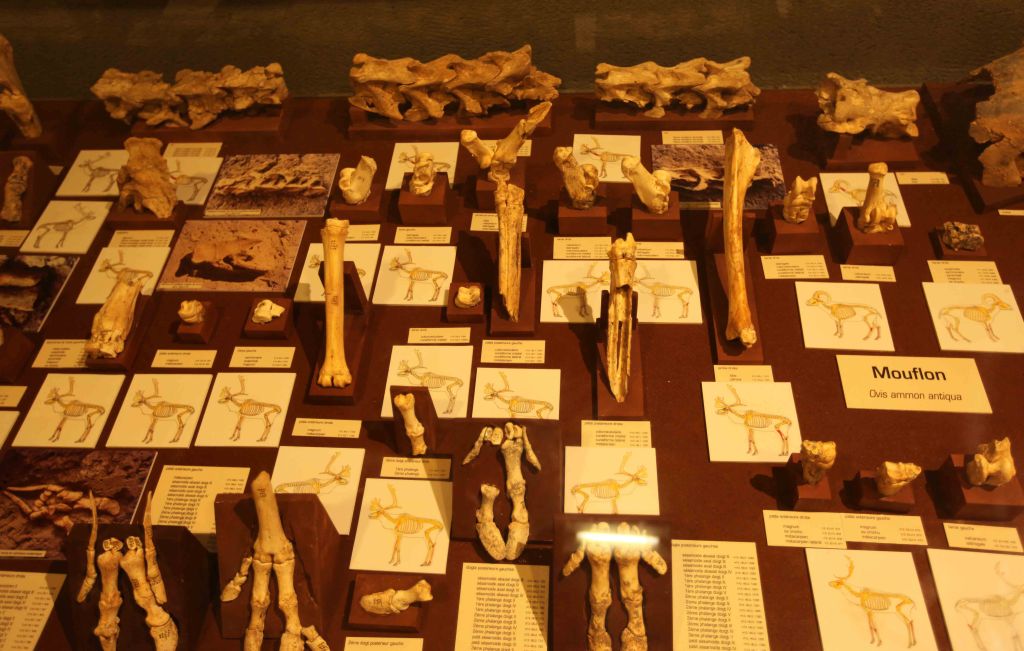 What it looked like when the archeologists discovered the cave where all bones and tools on display were found. 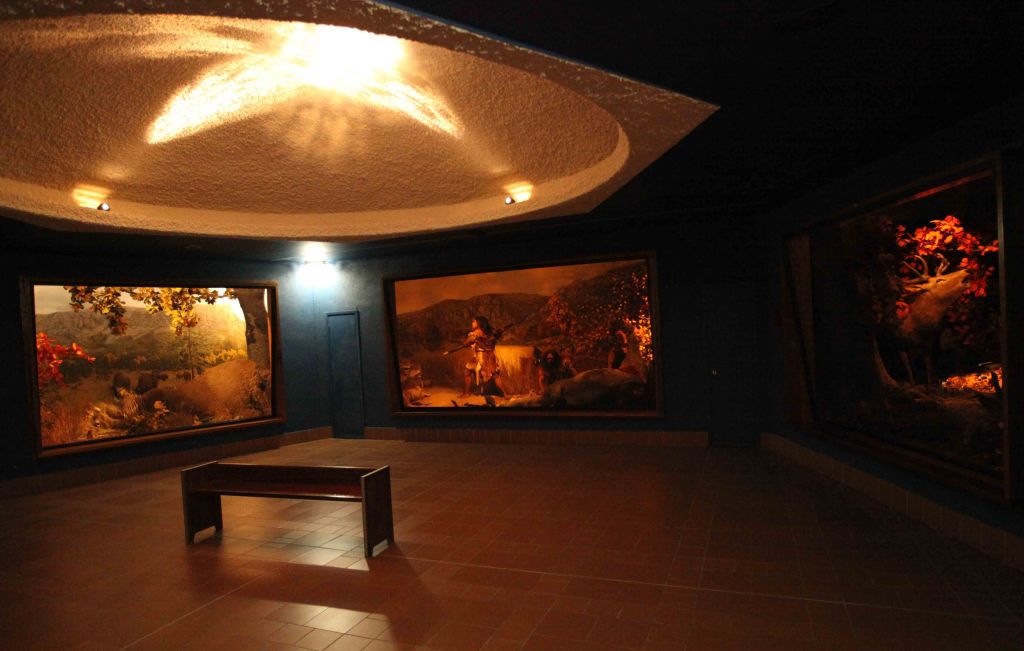 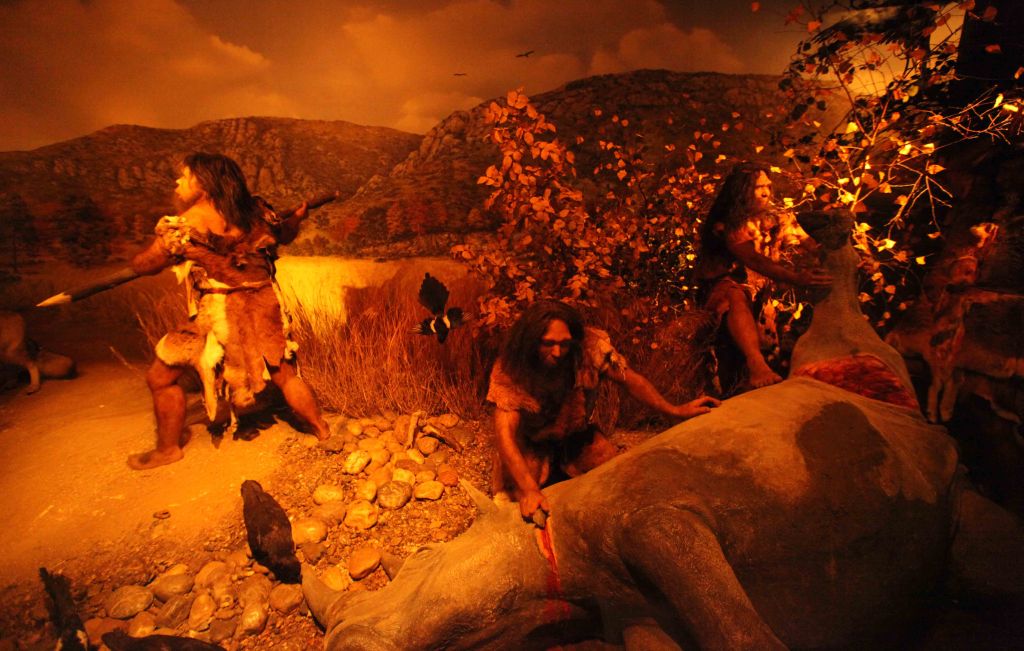 Rhinos were common in Europe at the time, as were elephants and mammoths.

A skeleton and displays of bone fragments found. 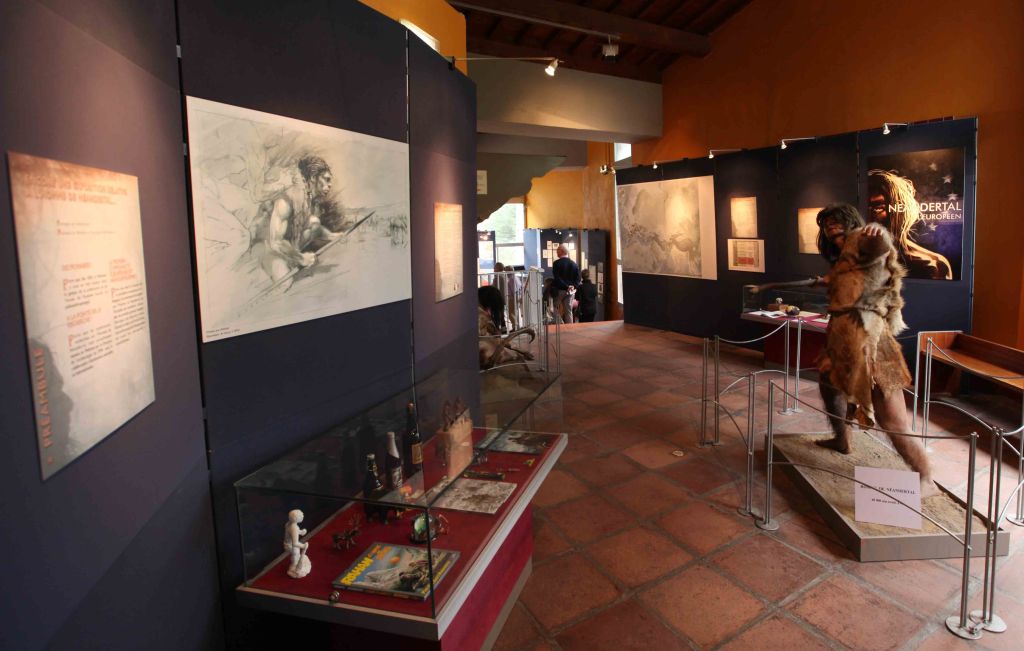 There is a large room with drawings of animals and the Neandertals. 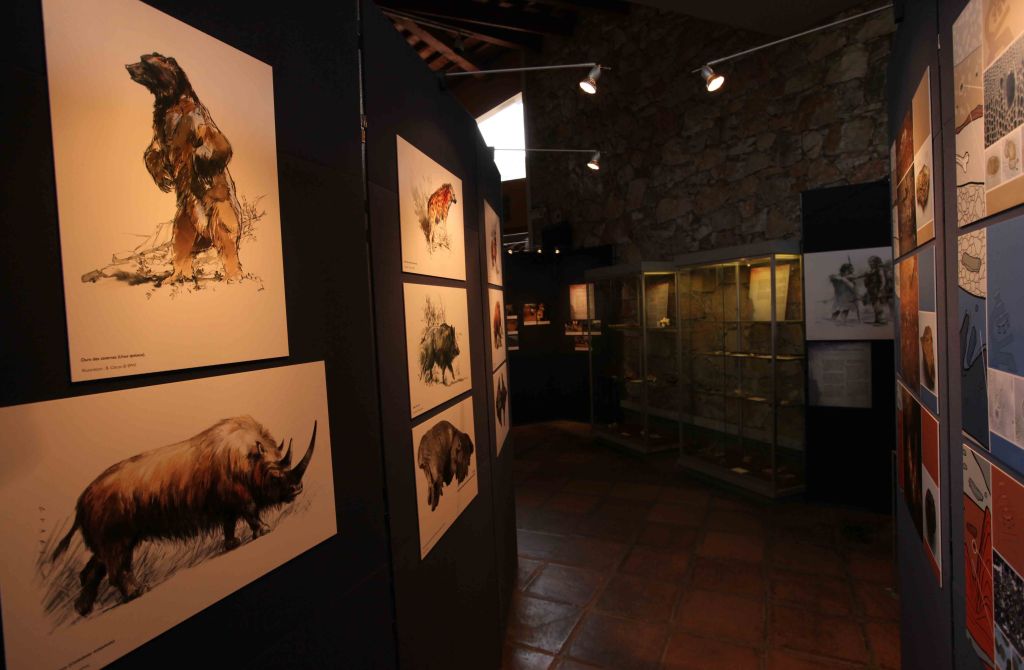 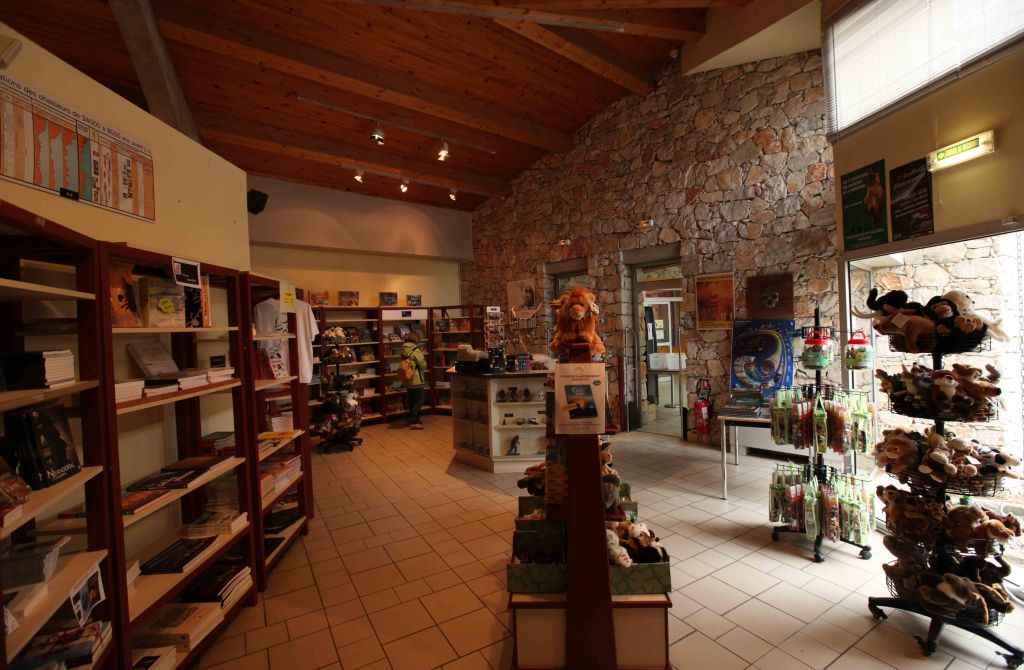 The museum gift shop with a special section of copies of artifacts from the time.