We met in Botswana, where we lived until 1979. The pictures show our home and some other scenes from Botswana. 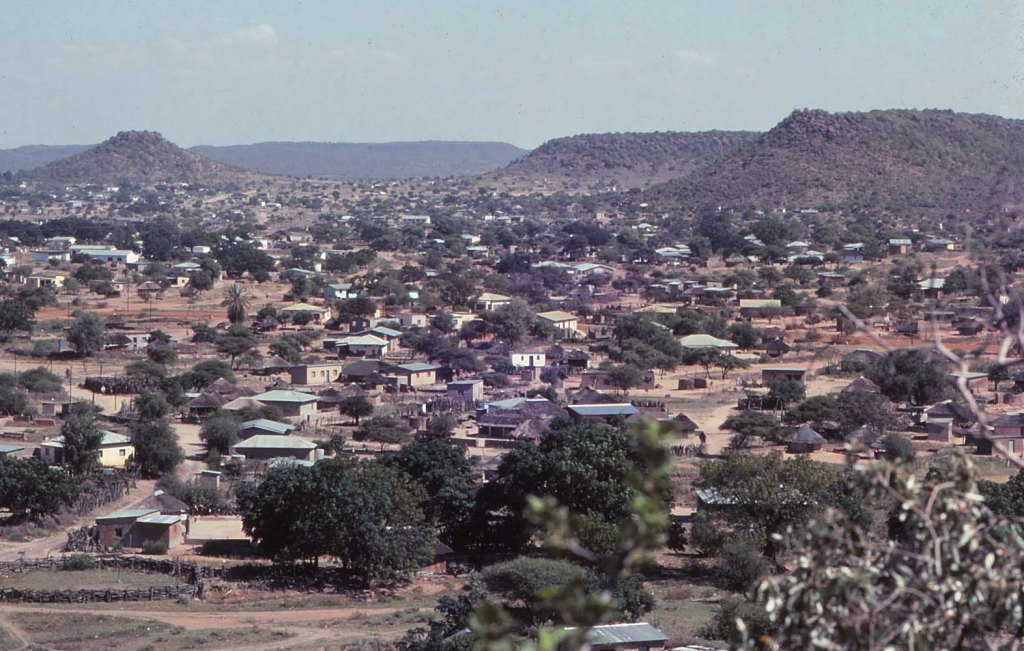 We lived in the capital Gaborone, which at the time had 35,000 inhabitants. Parts of the city looked like this picture of Mochudi. 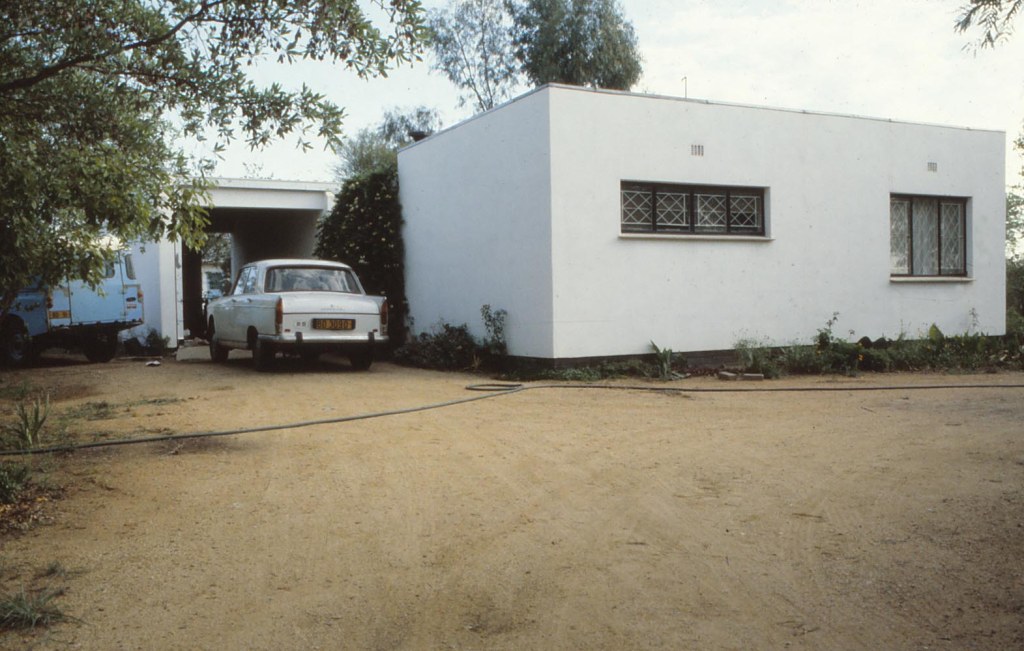 Our house belonged to the University of Botswana where Annette worked as a lecturer in the Institute of Adult Education. 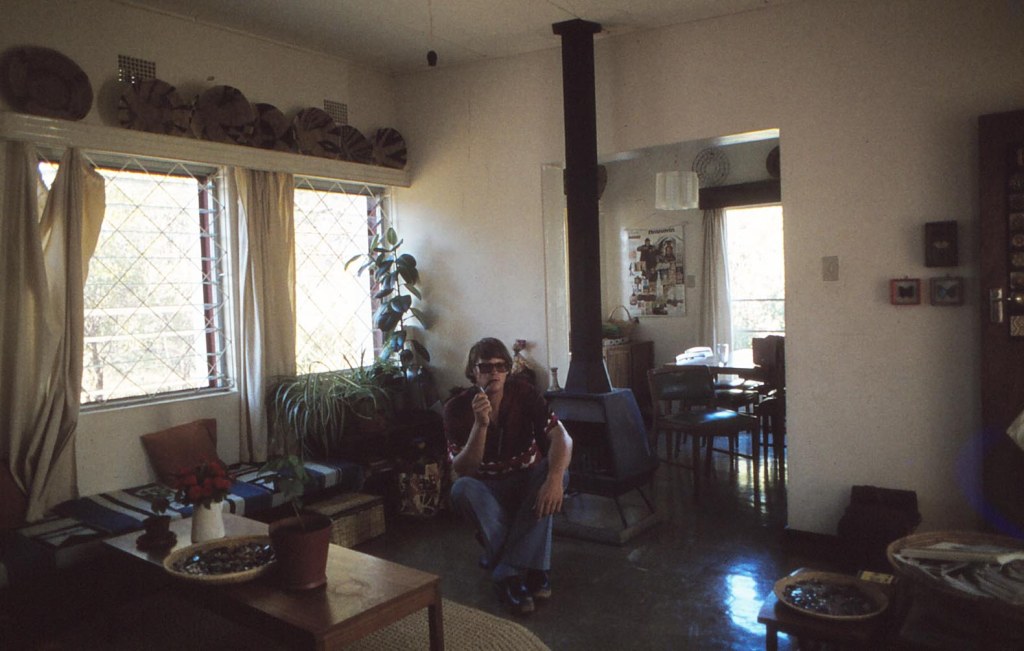 The fire place in the living room was the only heating, and it was very cold during winter (May – August). 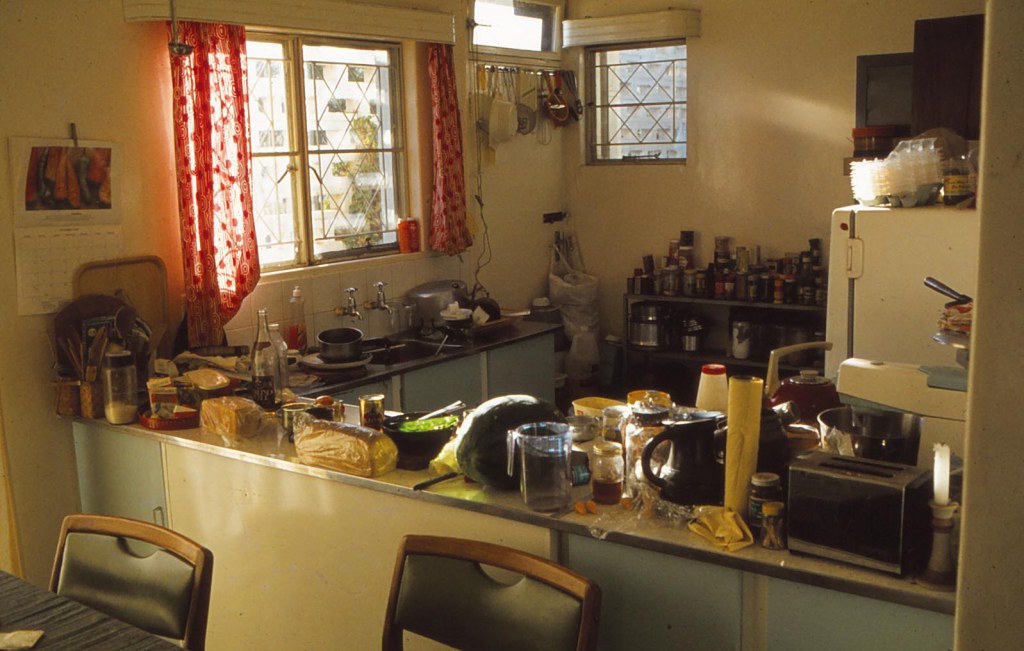 The kitchen was very small but conveniently open to the dining room. 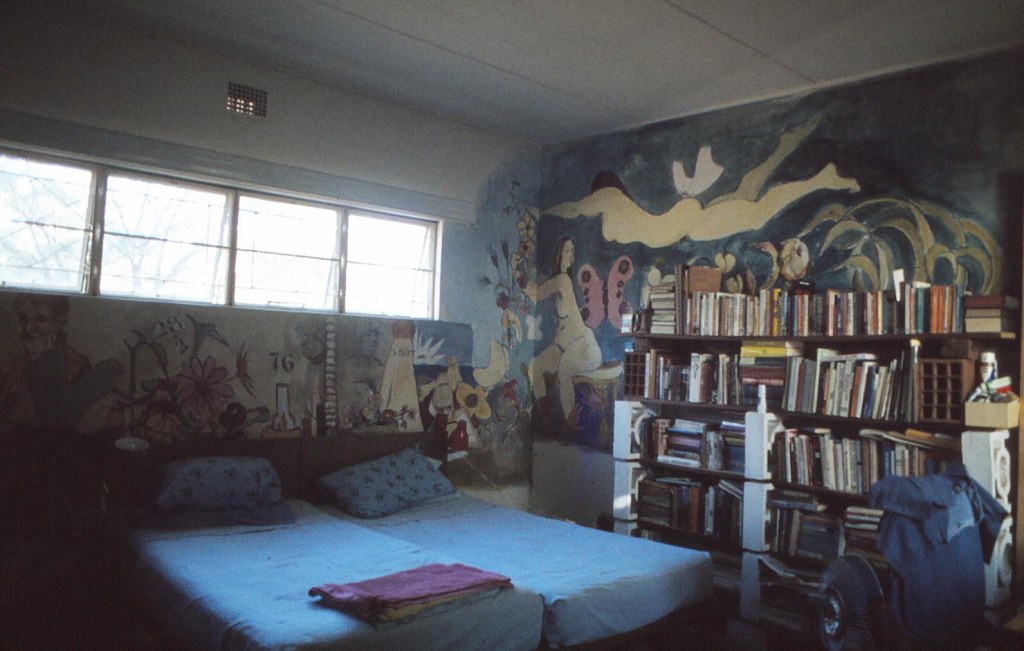 One of the two bedrooms, painted by a friend of Annette. 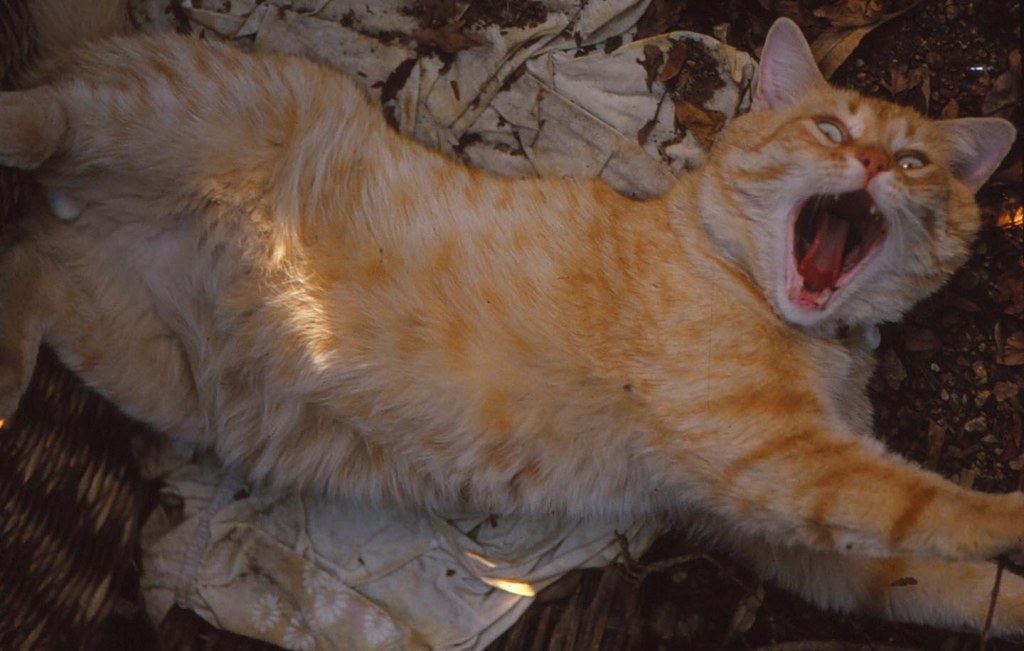 We had a long series of cats. This one is Micio. 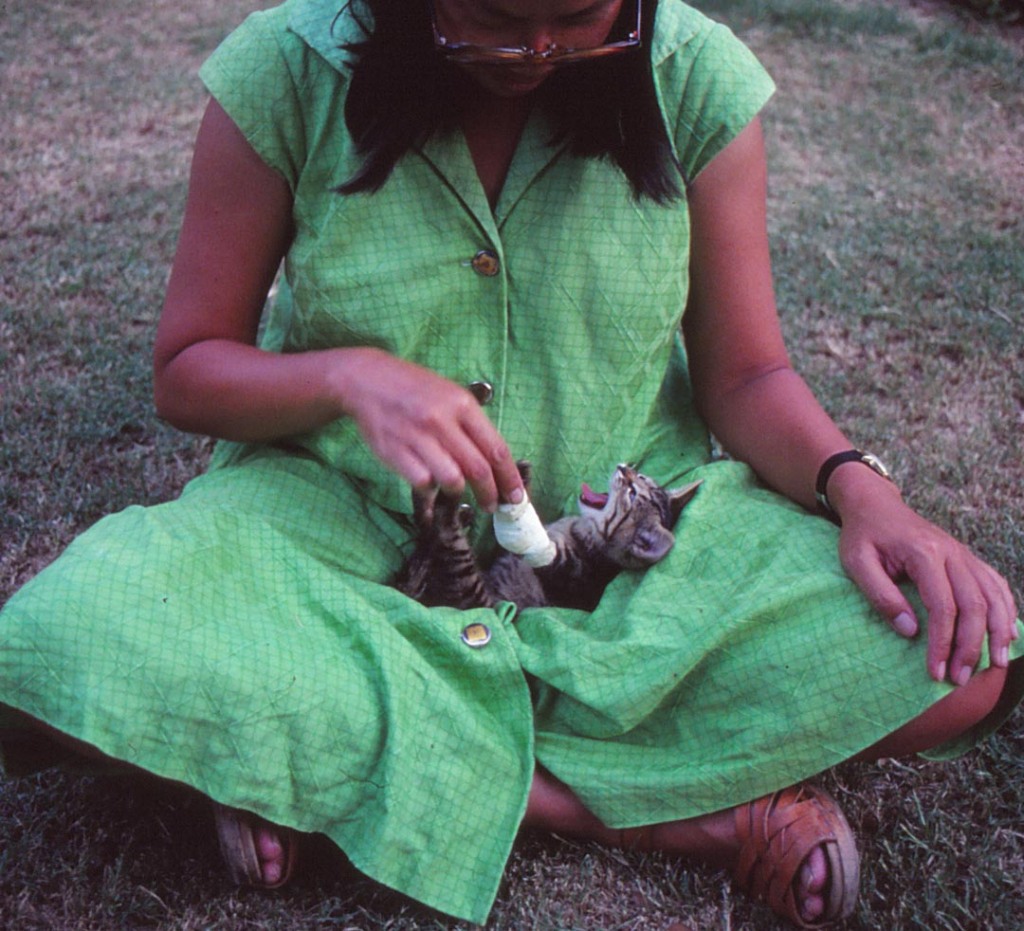 Björn found this kitten when he was working in Old Naledi, the squatter area under upgrading.
Jenny-cat had a broken leg and some deep cuts when she was found. 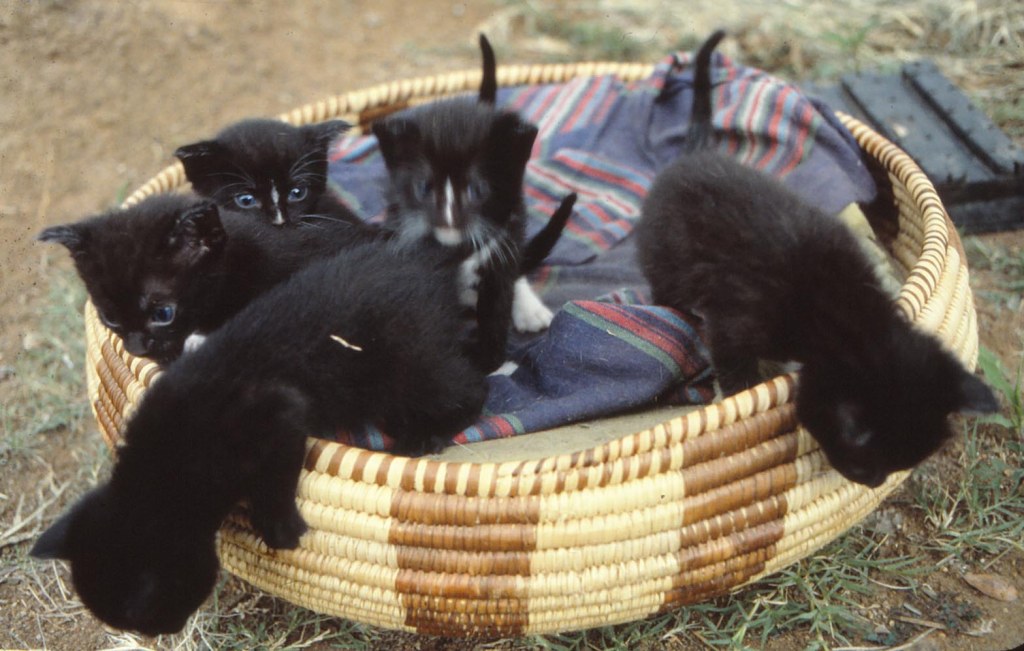 This litter belonged to Mao another of our cats.  They were very active = difficult to capture in the picture. 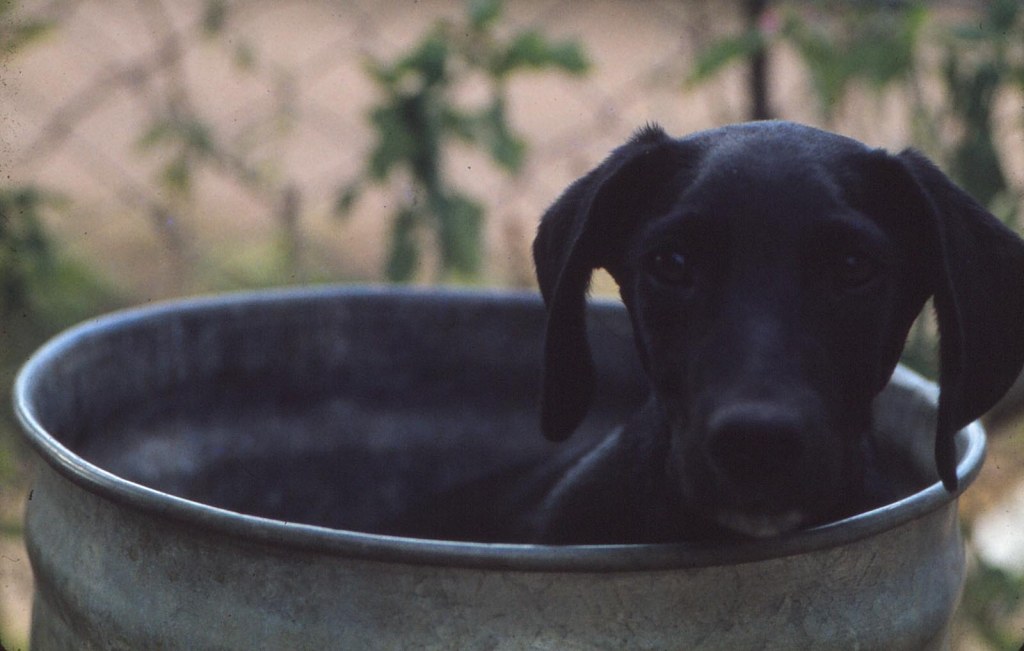 This dog belonged to the neighbor and regularly inspected our garbage can. 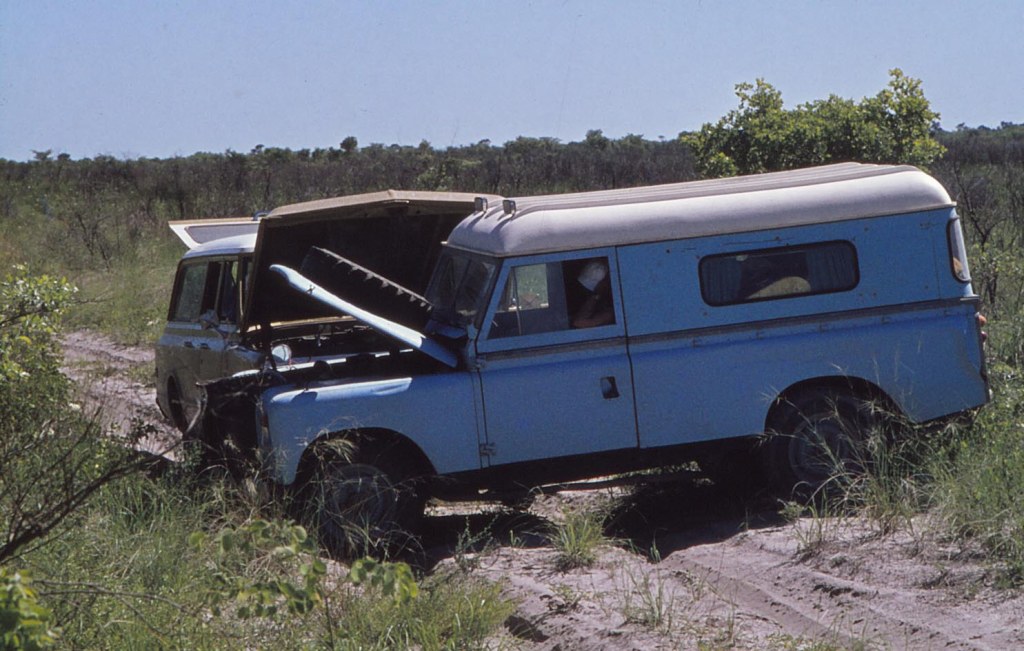 Not an accident. We often traveled in the Kalahari Desert alone in our Land Rover. This time we went
with friends who had problems with their new car. Just another jump start on the road into Nxai Pan. 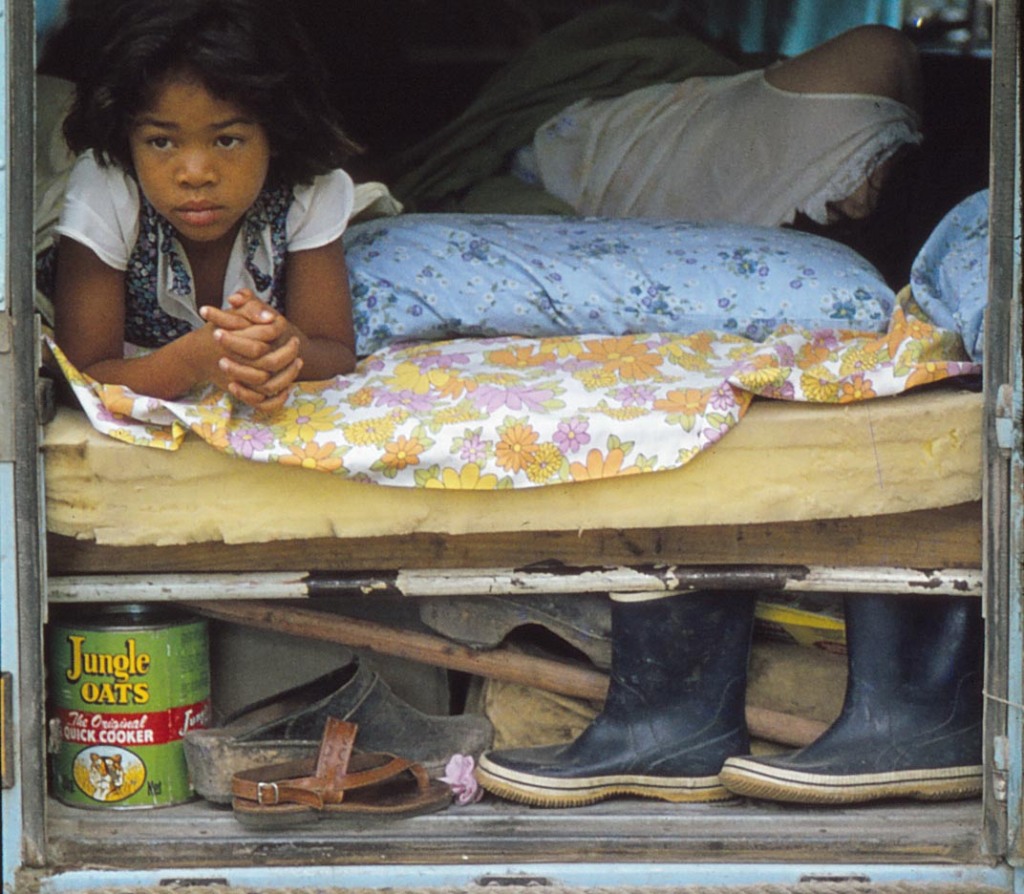 The Land Rover had a board across the back to hold down the supplies on bumpy roads
and a mattress to sleep on. Annette’s daughter Leila in the rear of the car during a trip. 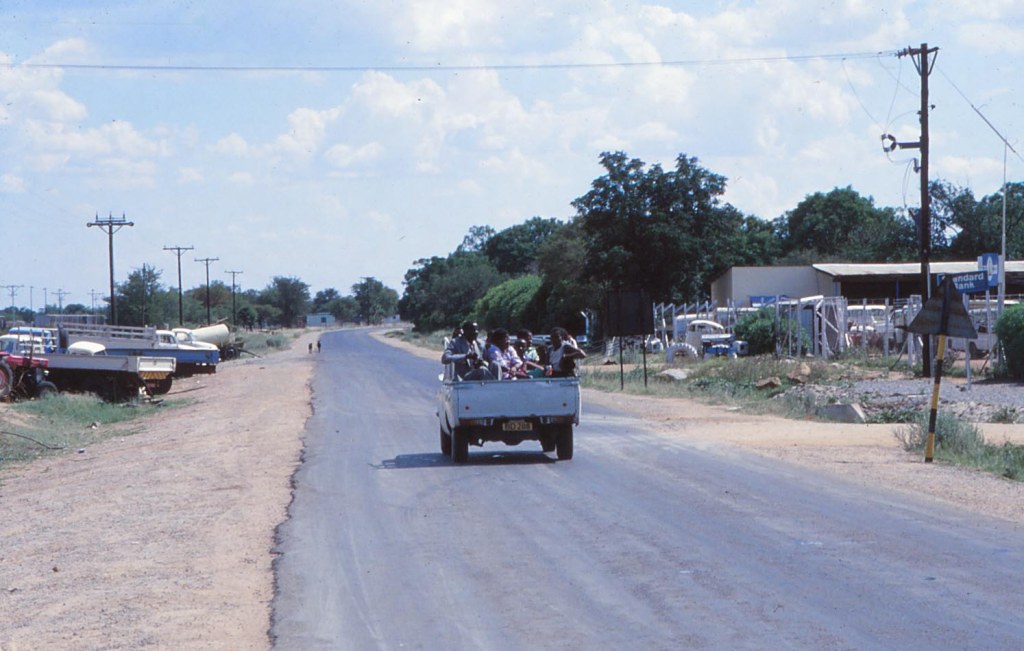 There were few paved roads in Botswana then. The road south from Gaborone via Lobatse to
the South African border was paved, as was the the first half of is main road north to Francistown.

We often traveled on roads like this. This is in the Eastern part of Botswana close to the Limpopo River. 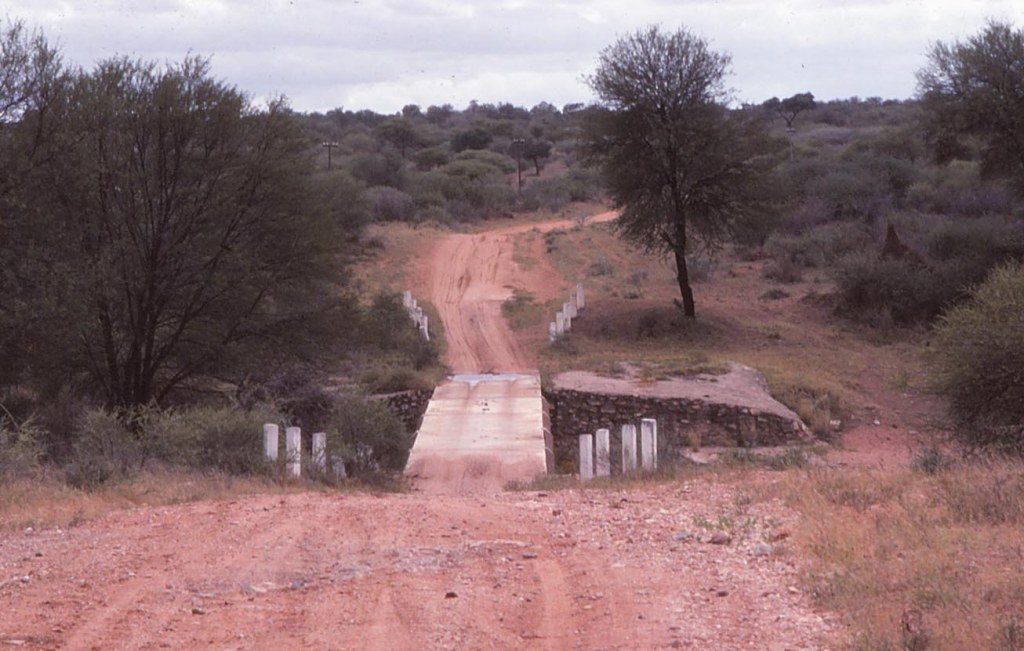 These crossings flooded over and were impassible if there had been heavy rain. 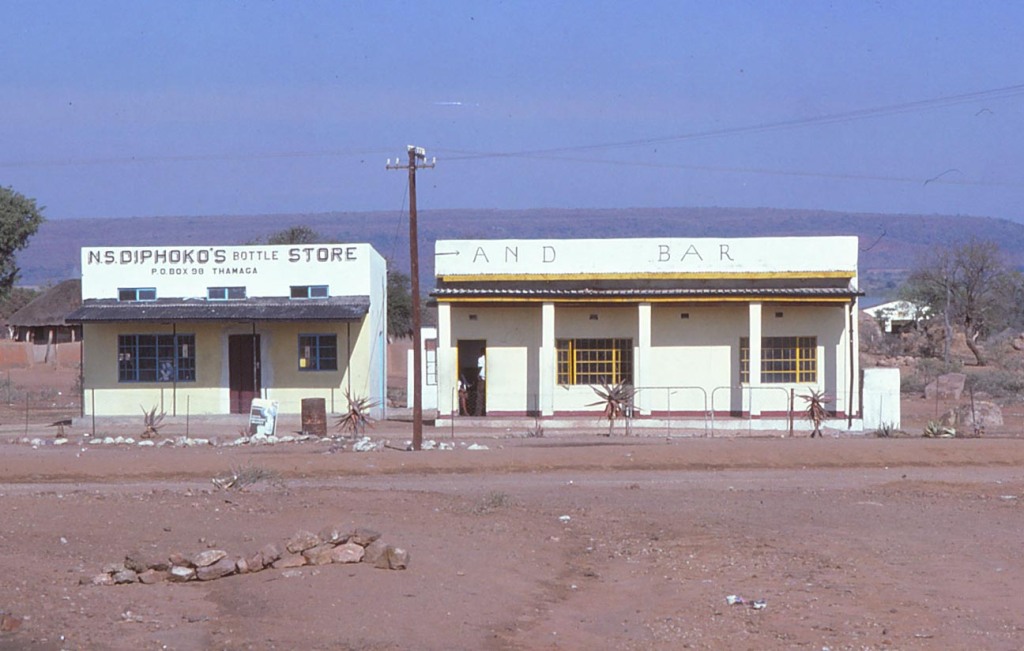 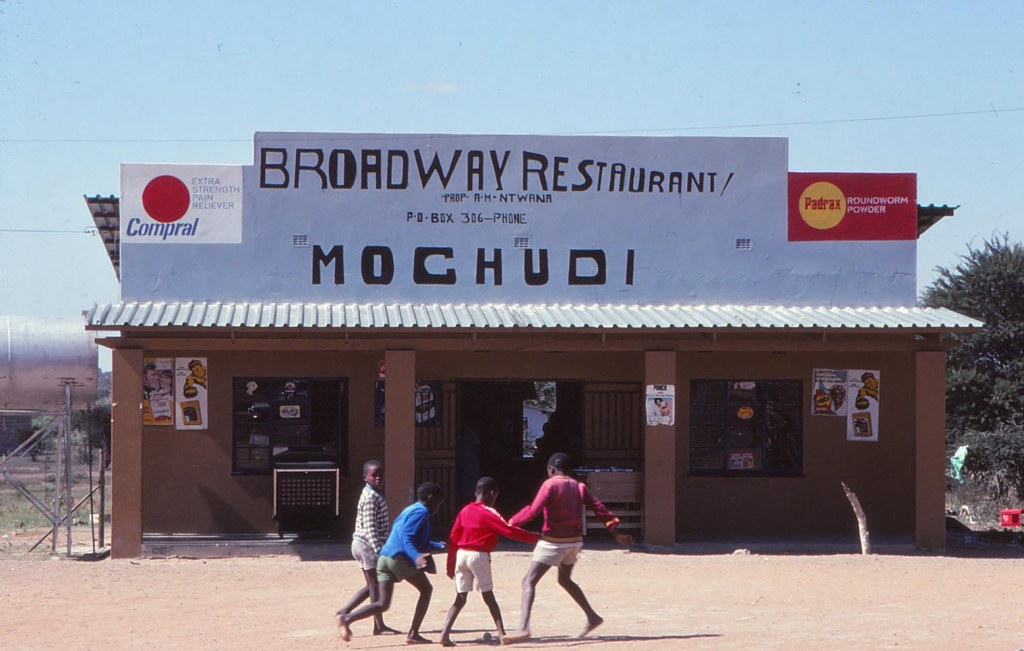 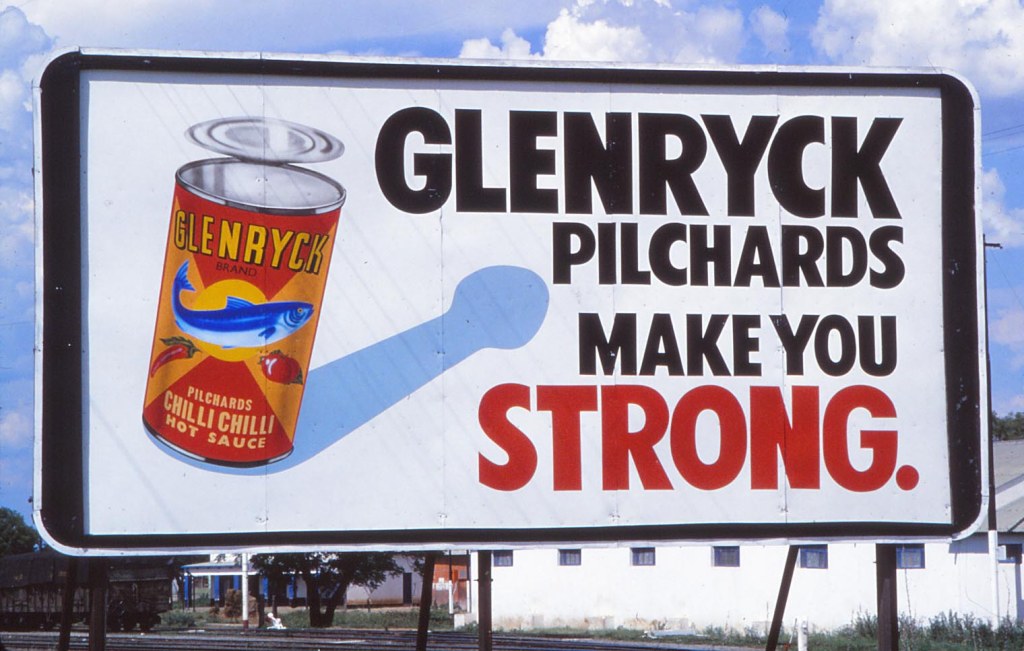 Were the graphic artists really thinking what they seemed to be thinking in this billboard advert for tinned fish? 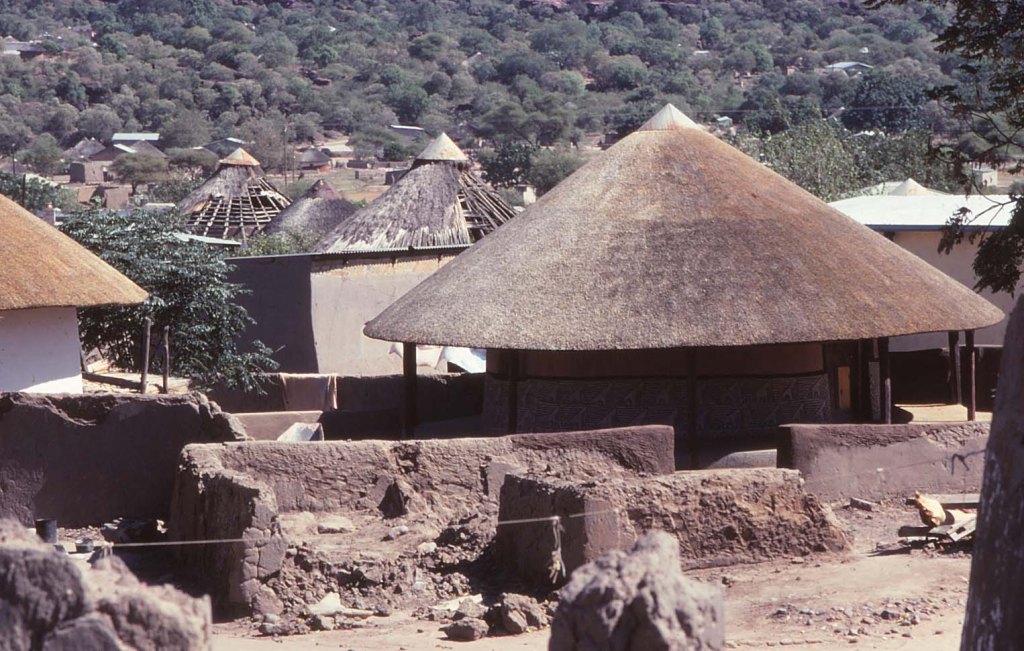 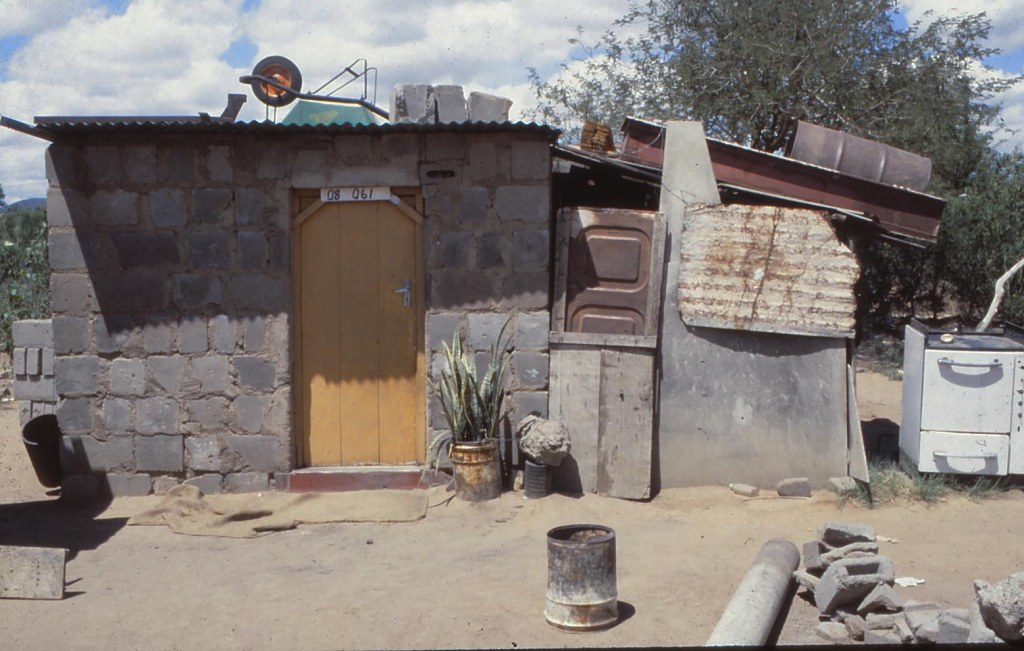 Björn worked with upgrading Old Naledi, a squatter area in Gaborone, where about 10,000 people lived. 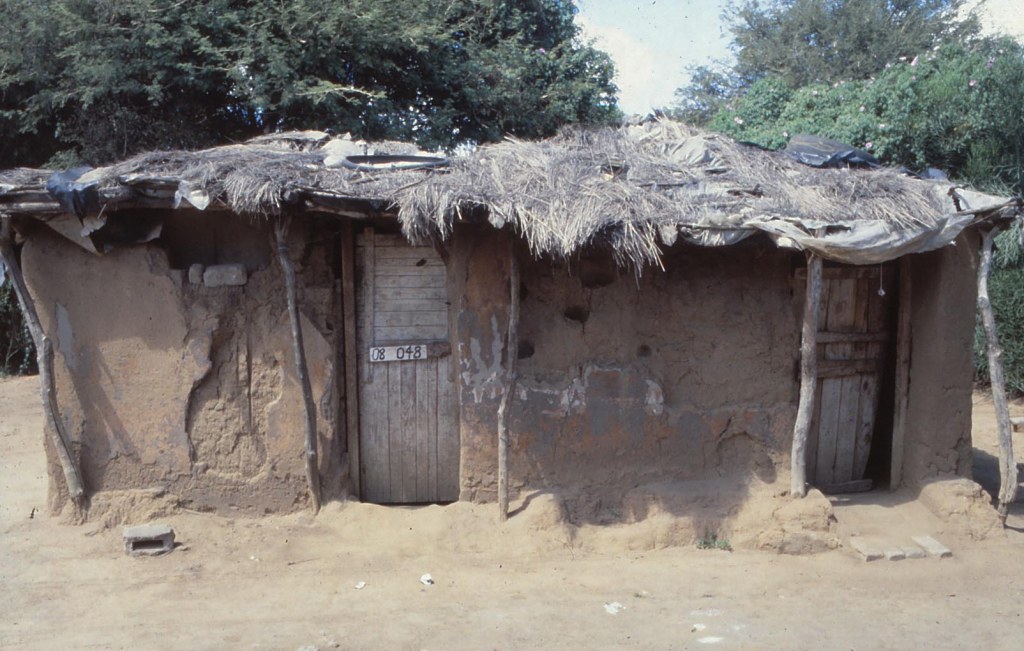 Some of the buildings were perhaps not in great condition at the beginning. 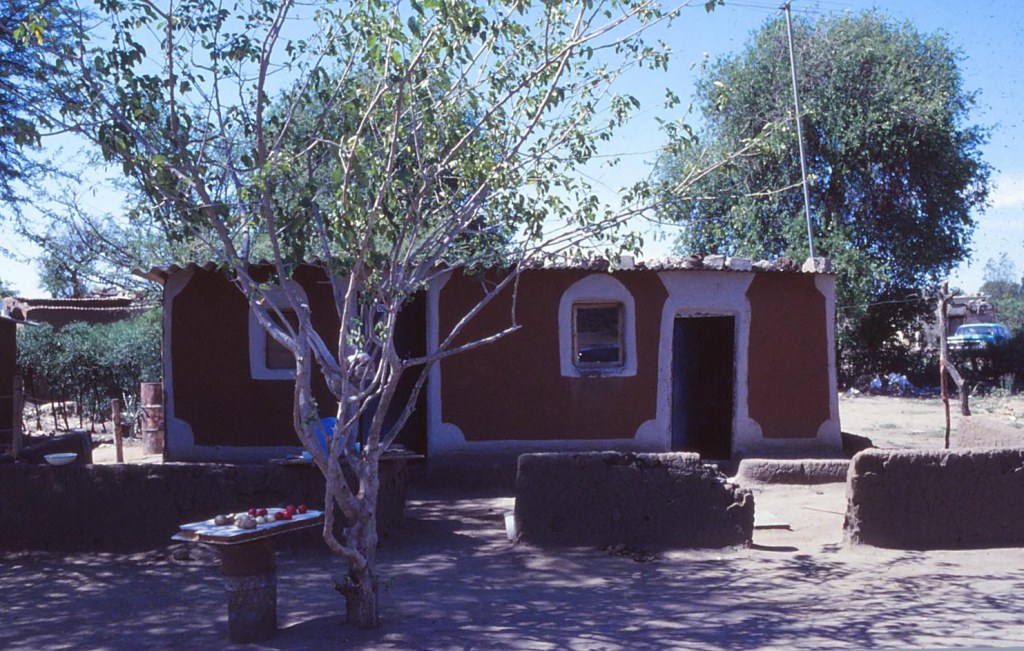 But when a family gained legal tenure to their plot, they invested in improving the house.

There were many changes to organize and improve Old Naledi. Some families had to move to allow space for infrastructure.
Roads were built and water drawn to central points. Home owners got certificates and tenure rights for their plots. They
received loans in the form of building materials. A school was built. Each plot got a toilet, and there was garbage collection.
Many meetings were held to involve the residents, such as asking them to decide where the water taps should be placed. 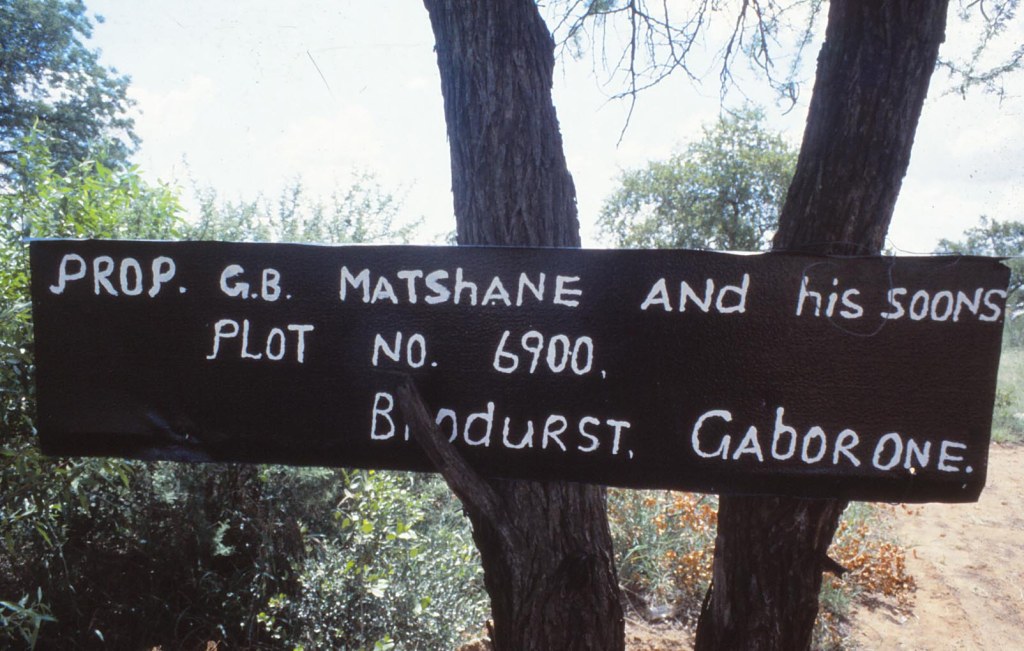 People who had to move from Naledi were given plots in Broadhurst, which at that time was considered to be far away from the city. 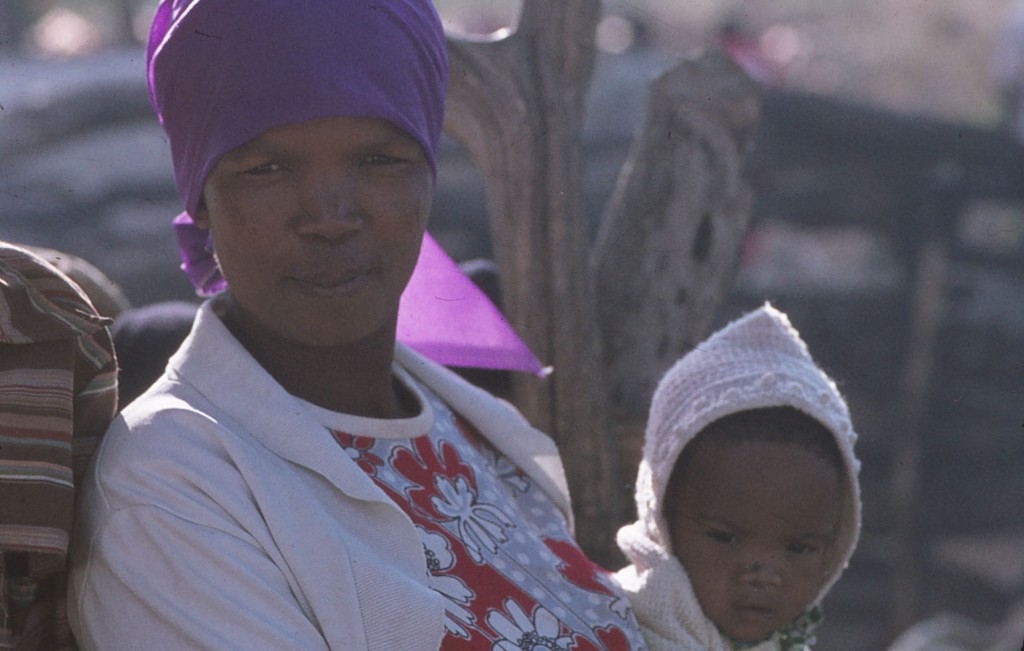 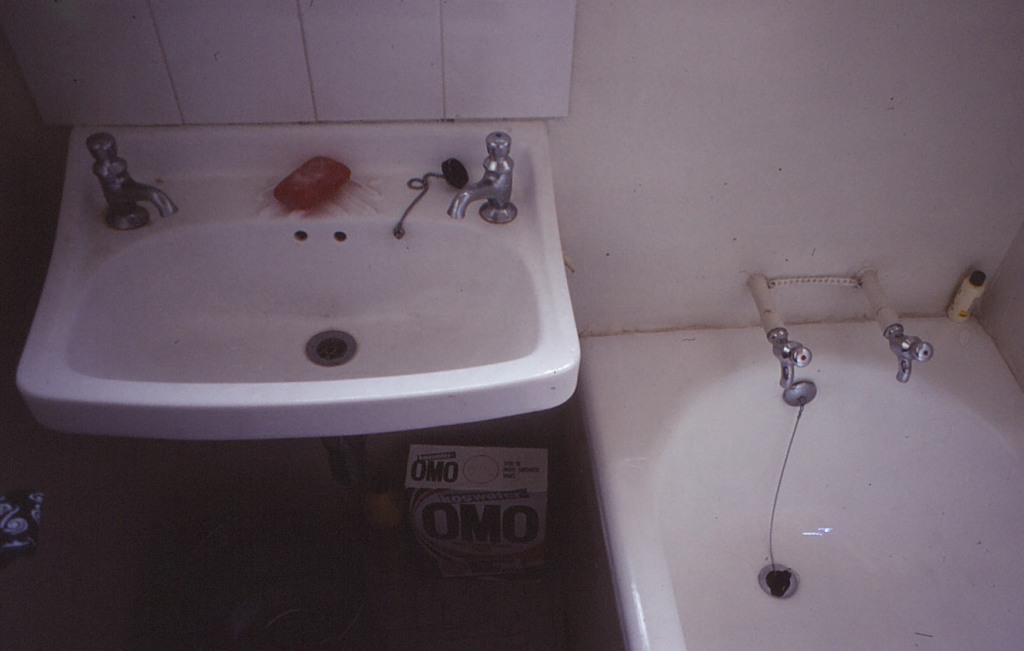 Water shortage was a problem in many parts of the country. These press taps at a teacher’s house in a rural secondary
school are meant to prevent water waste. It takes a long time to get enough water at the right temperature for a bath. 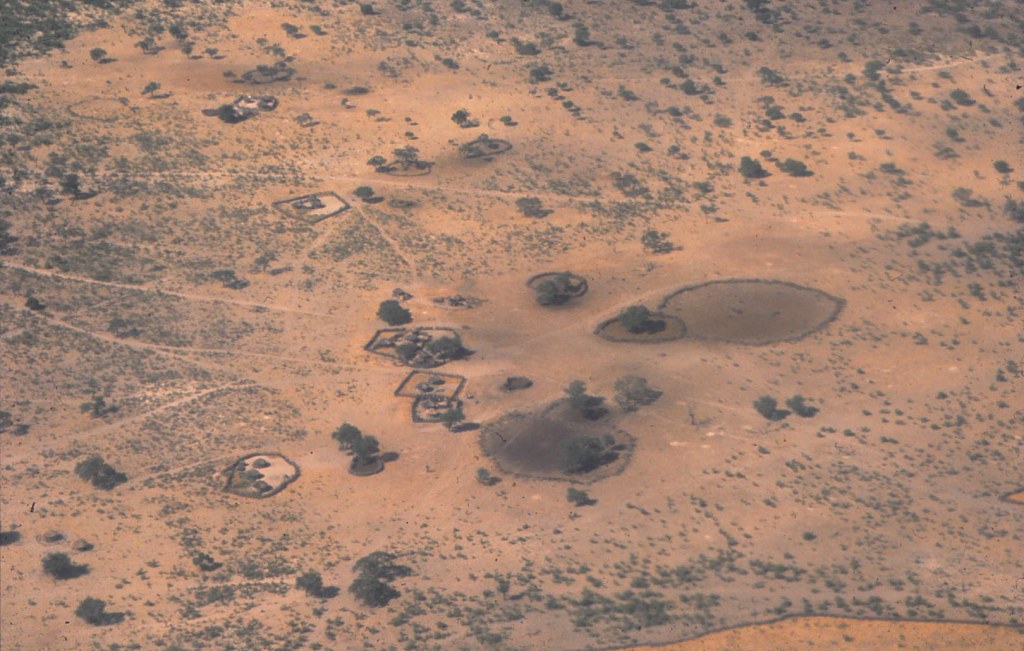 People traditionally had a village home with land for cultivation and a cattle
post. Many who wanted to work for wages also acquired a third town home. 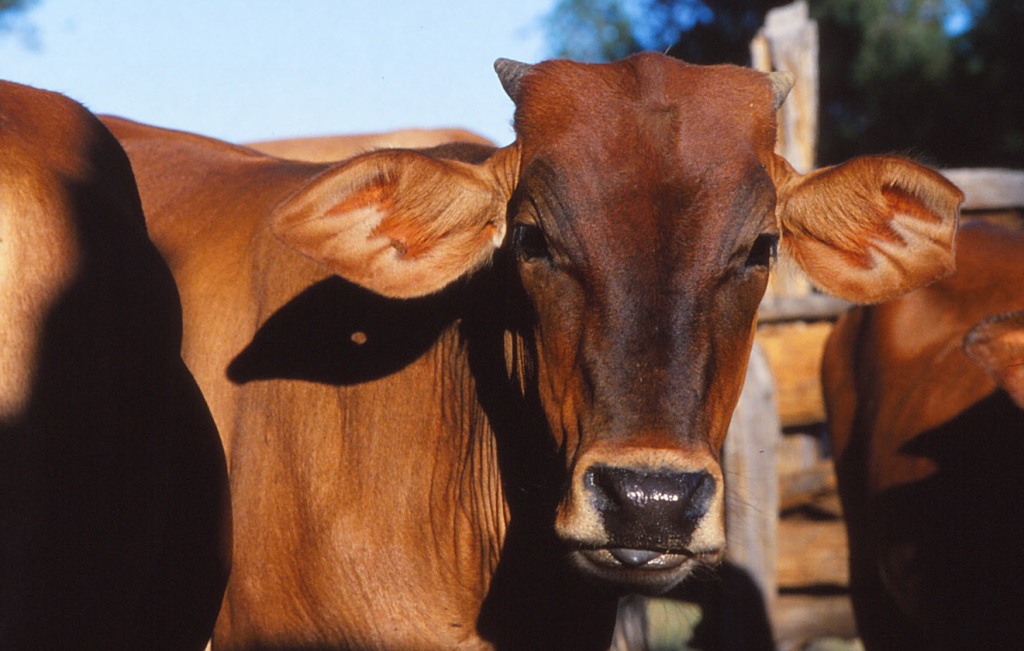 At the time we lived in Botswana, there were more cattle than people, and the population was just close to one million persons. 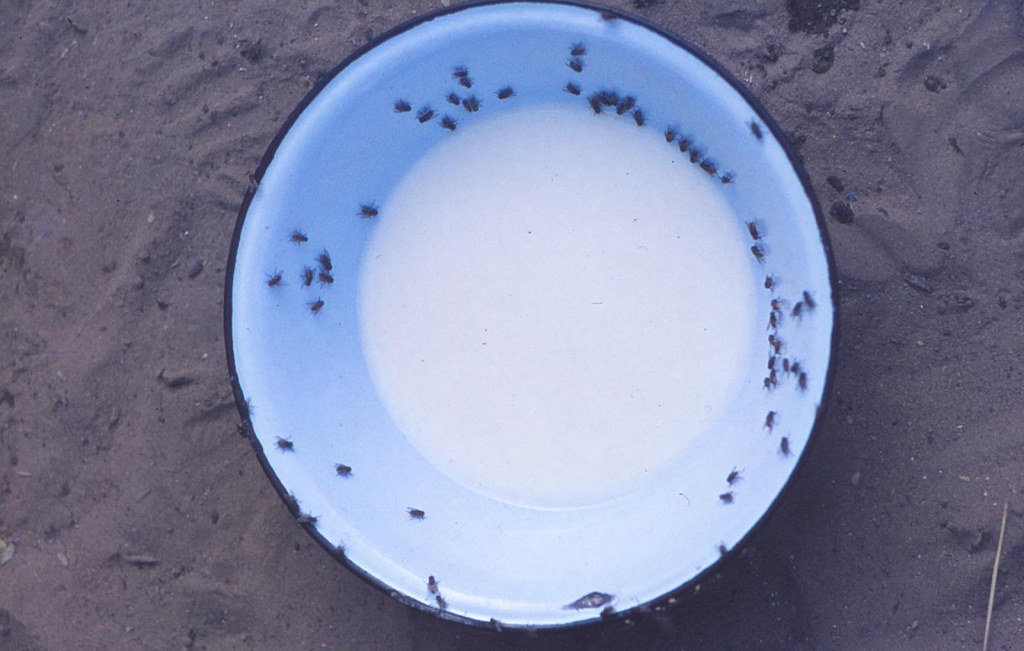 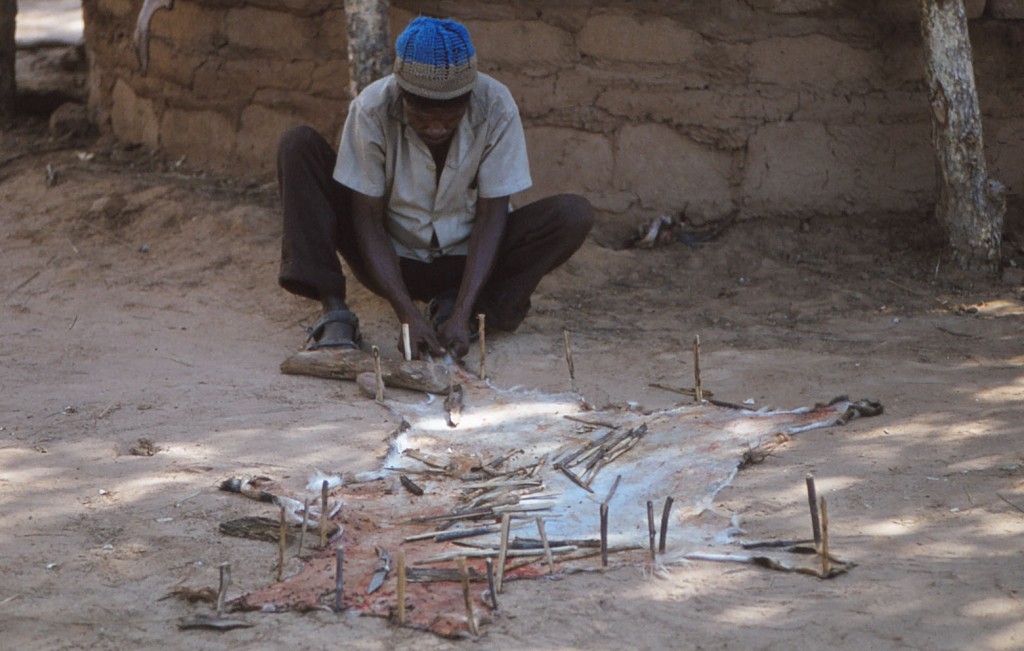 Drying a goat skin. Goat was the most common meat eaten in the villages. 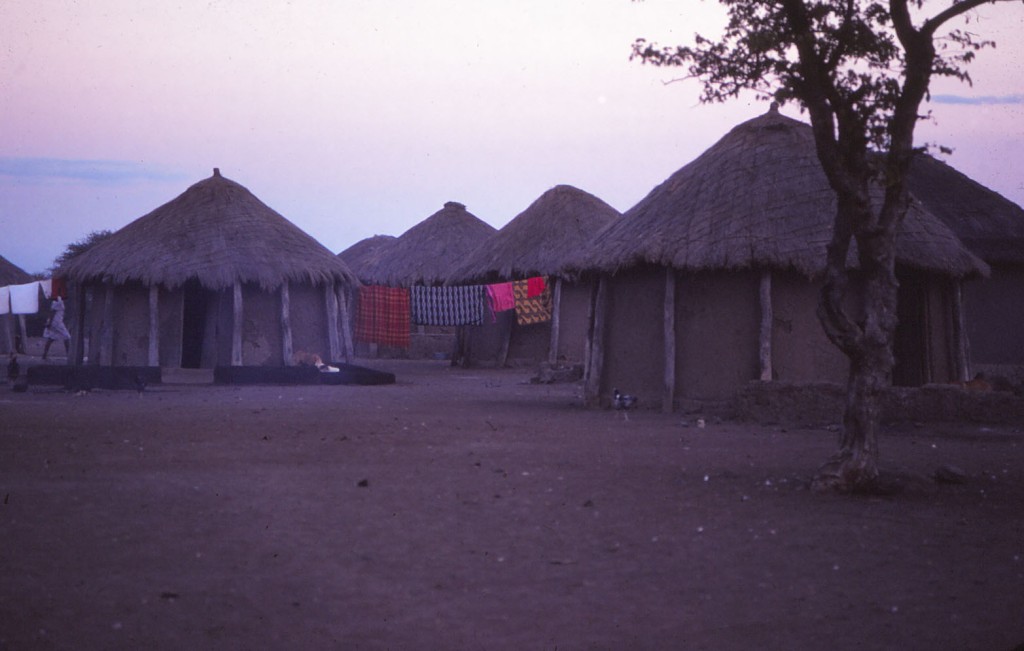 Houses in a small settlement. 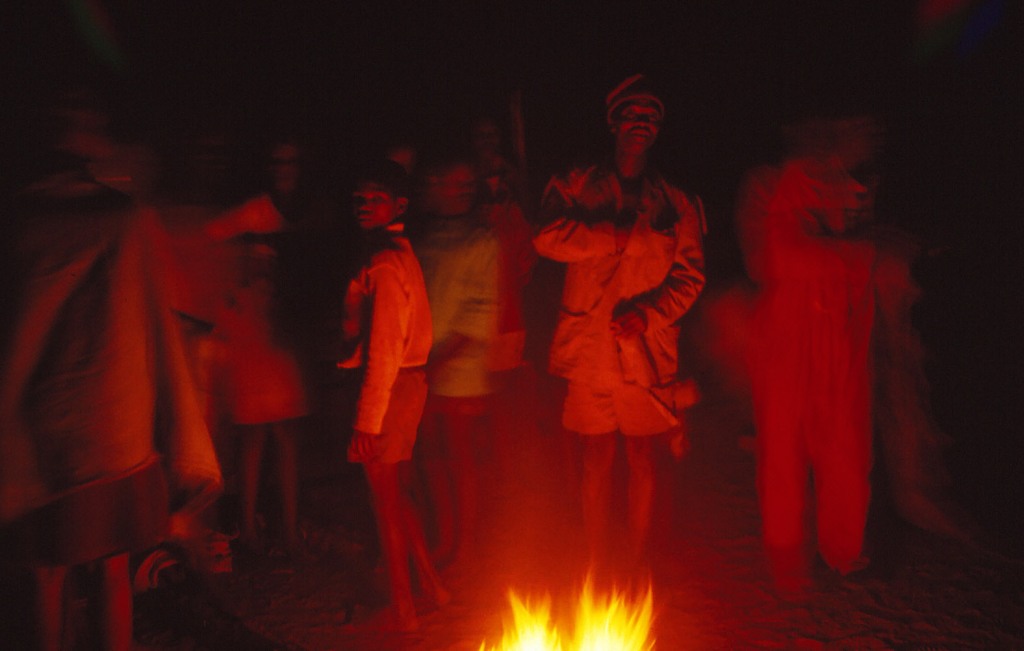 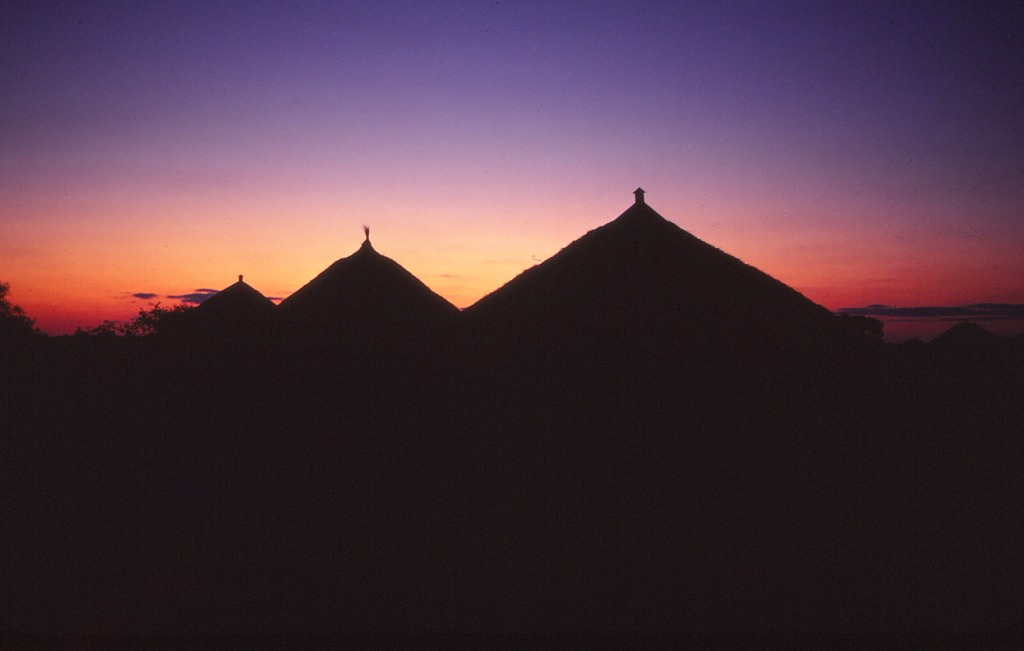 One thought on “Our Home”