There are not many tanks of living species at Gdynia aquarium, but what they have
is well presented and very well maintained. This is a little gem and well worth a visit. 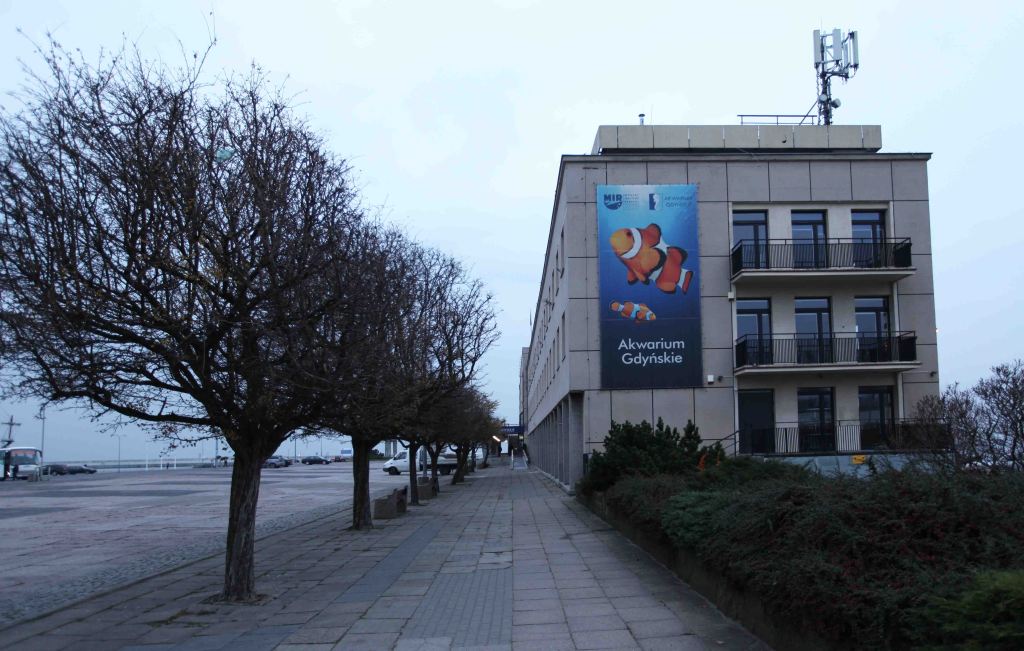 The aquarium is at the end of Jana Pawla II, on the southern pier in Gdynia. It takes about 15 – 20 minutes to walk from the train
station, along 10 Lutego, a wide street with shops and restaurants. There are several museum ships on the opposite side of the pier.

There are four levels, and it is recommended to take the lift to the 2nd floor. There are clear signs and an audio presentation.

This is the Education Chamber on the second floor. The Baltic Chamber on the third floor had a huge model
of the Baltic Sea region with natural light through picture windows, but we were late and it was dark outside. 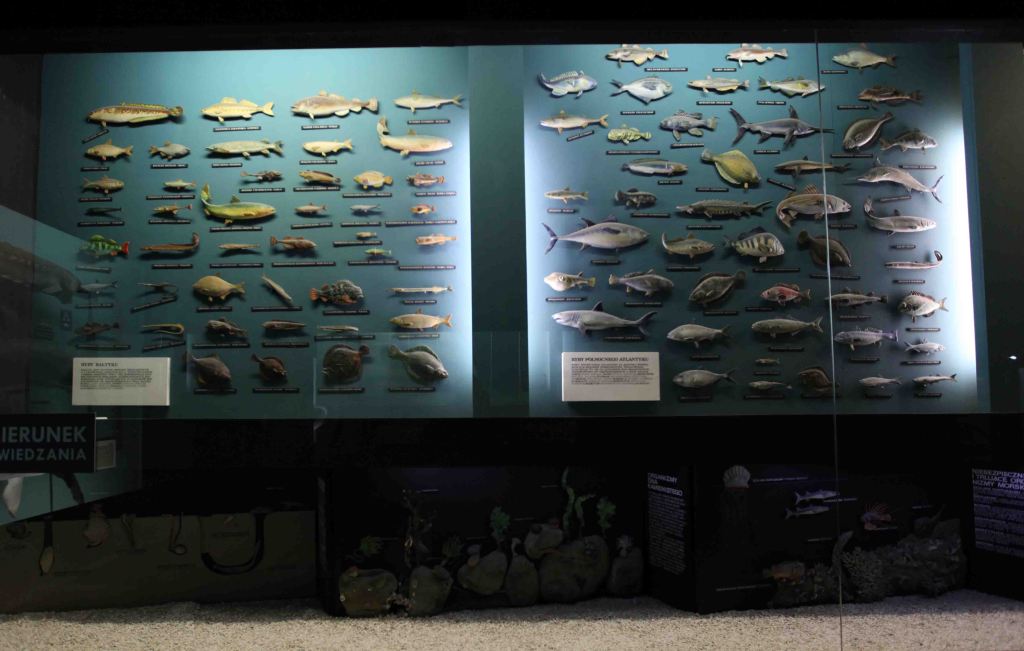 Some of the displays in the Education Chamber, fish from the Baltic Sea and the polar region of the Atlantic. 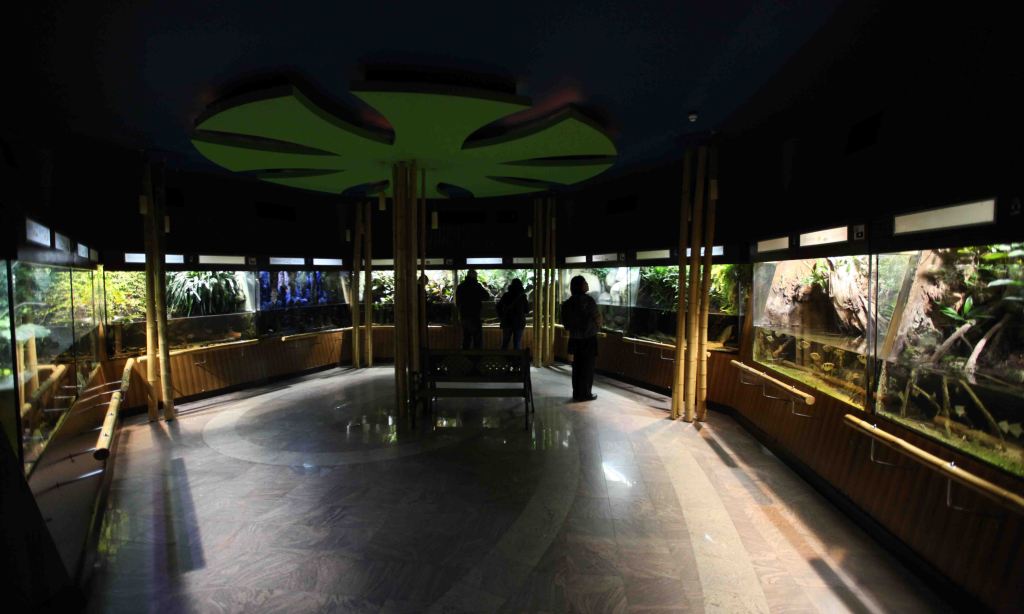 The tropical fish tanks next to the Education Chamber. 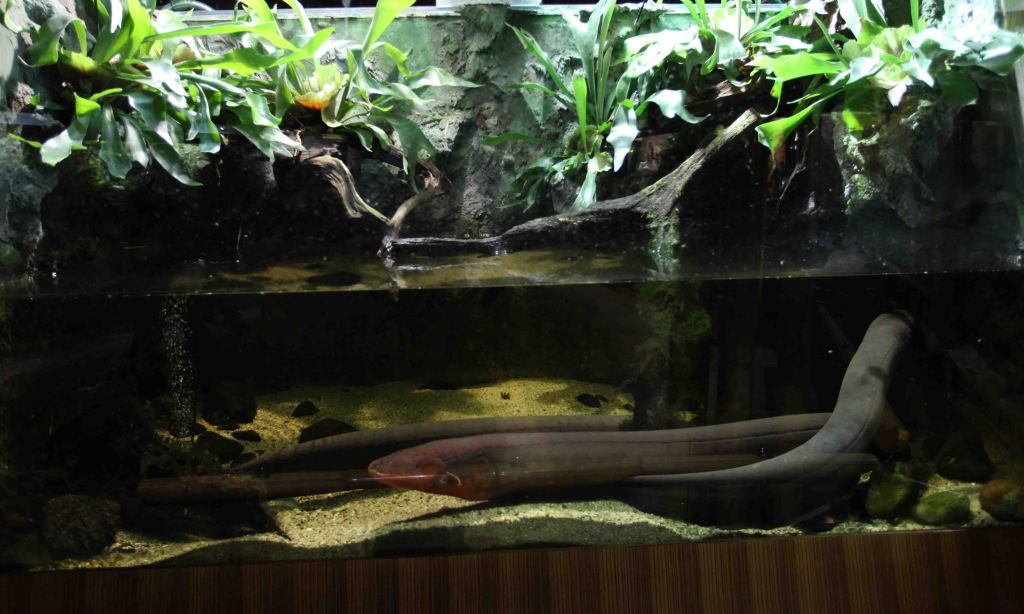 A tank of electric eels.

The Axolotl or Mexican salamander, Ambystoma mexicanus, is not a fish but an amphibian. It can stay underwater and has external gills.

Display on the landing between the second and third floor. 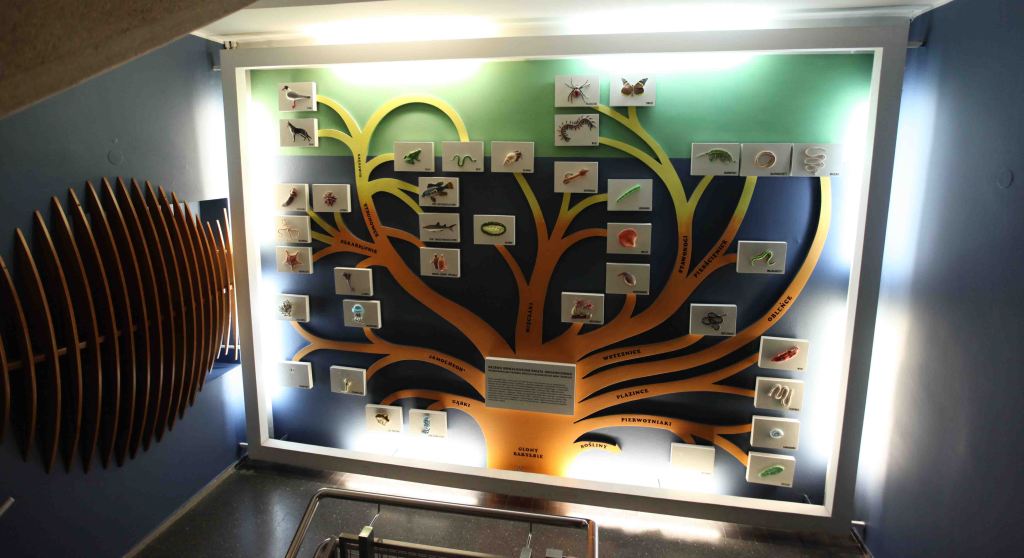 Between first and second floors.

First floor exhibits, with a tank of jelly fish that gently moved around the clock.

Some tanks were full of living coral.

Razor fish, Aeoliscus strigatus. They can hide among the spines in sea urchins. 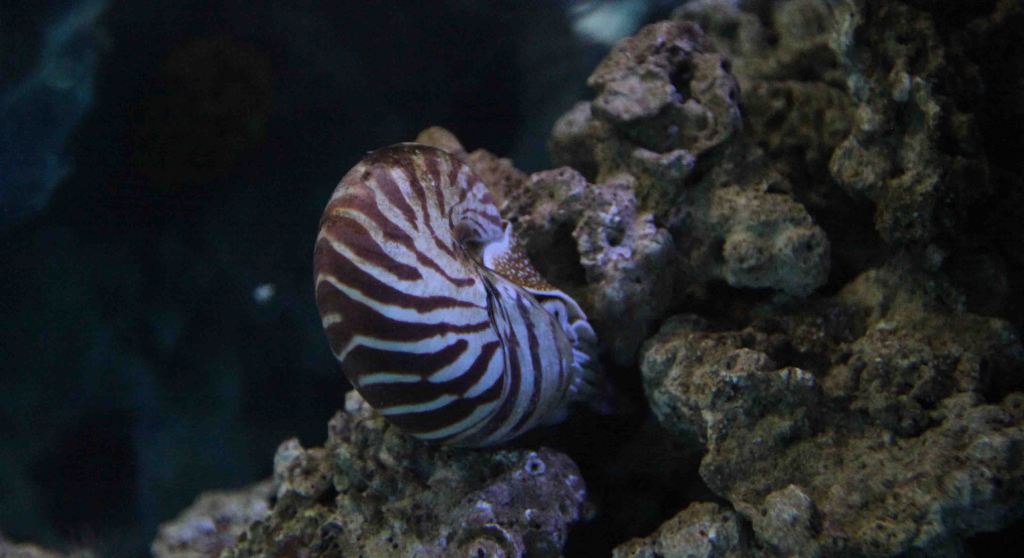 One of several nautilus, kept in a very dark tank.

Tank with living coral. The coral displays were very impressive. 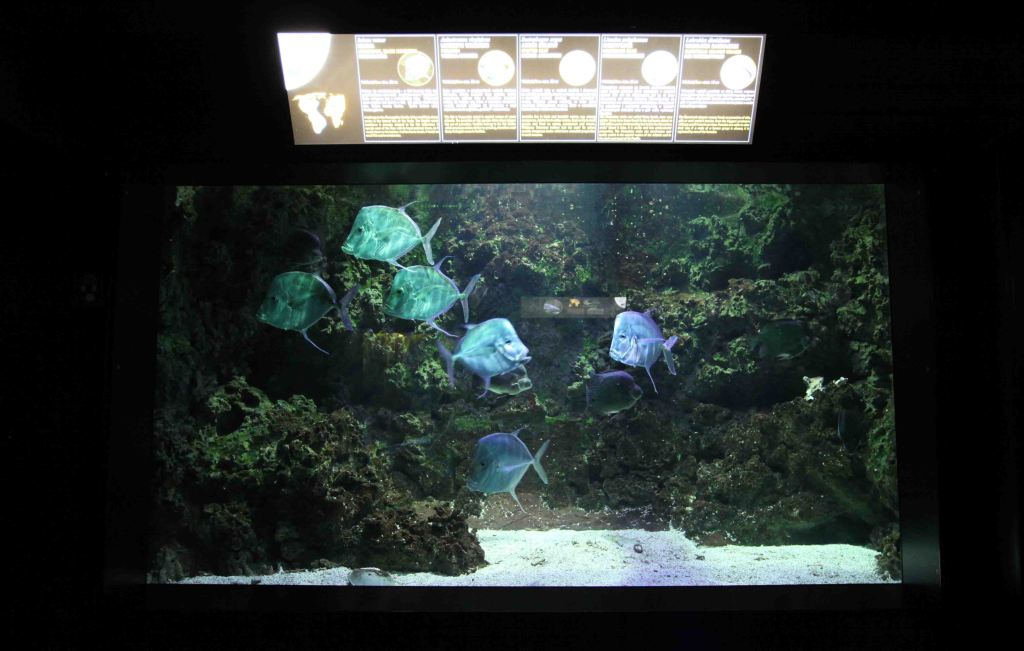 Tank with Selene vomer, called Lookdown fish because their head shape makes it look as if they are looking down. 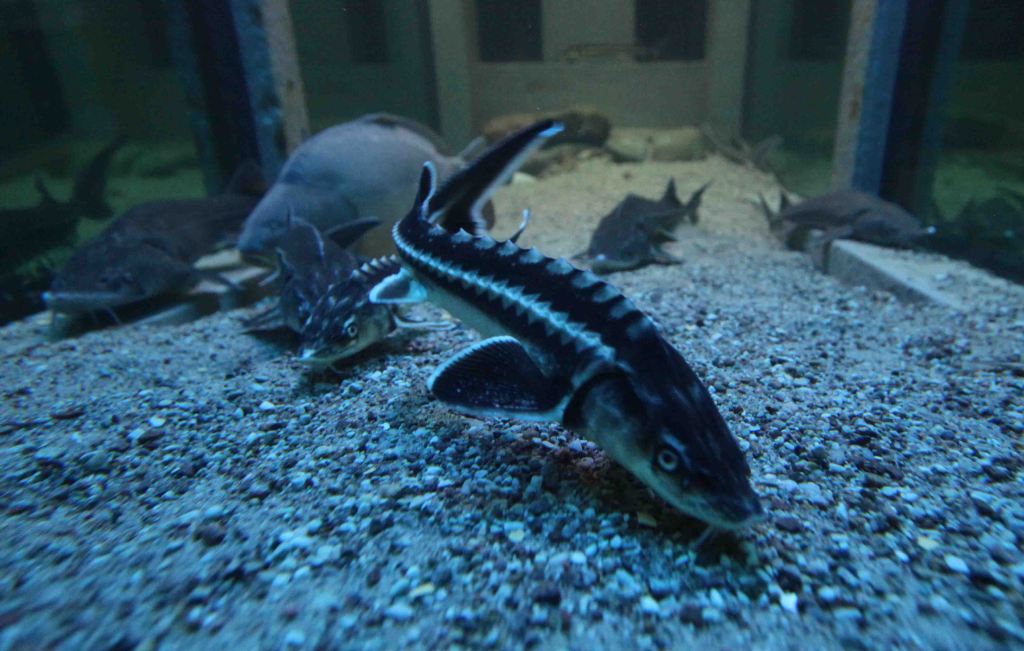 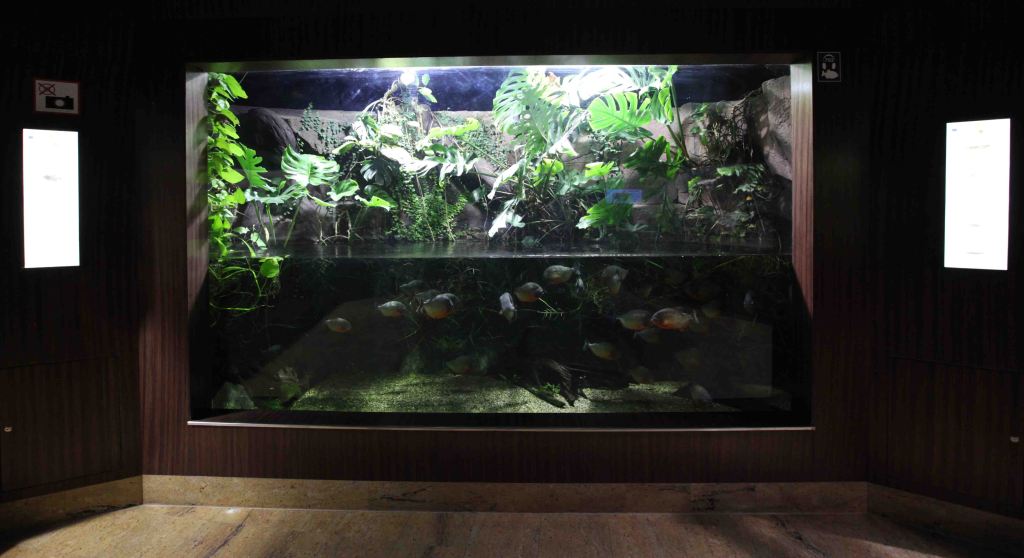 The exit has displays of sea shells, to the right, and a small gift shop.

On the pier opposite the aquarium is a replica of an old sailing ship, possible to book for events.

Some features on the ship are rather modern, like the rubber dinghy in the stern of the ship.