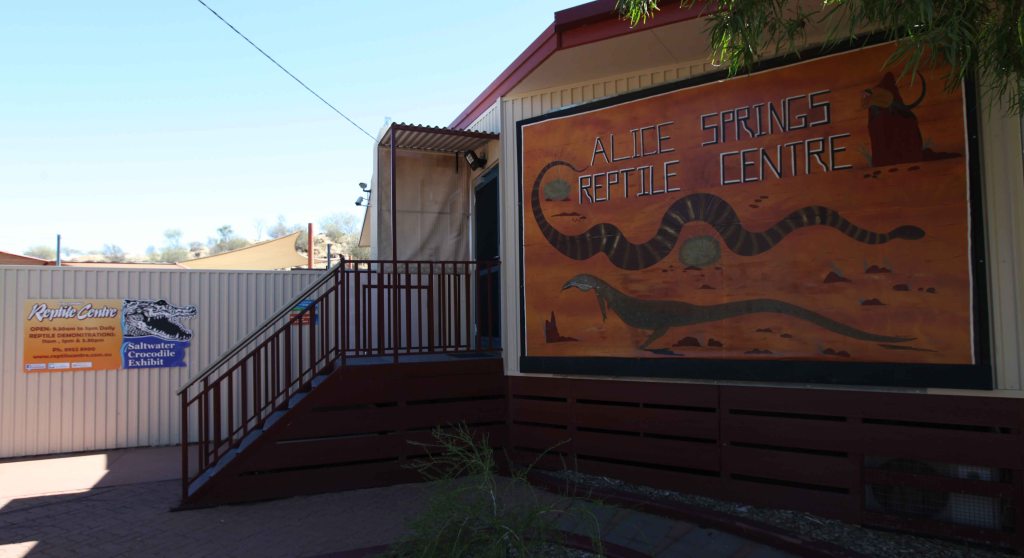 The Reptile Centre in Alice Springs is the largest centre for Northern Territory reptiles in Australia. It has more than 100 examples
of over 50 species on display. And they have a very informative daily talks and allow visitors to get close to some of them.

Some may think of Geckos as something rather slender with a long tail. Australia has some very special varieties. All Nephrurus are endemic to Australia.

This is the Smooth knob-tailed gecko, Nephrurus Levis levis. They become 12 cm long when adult.

This is the main room where you find snakes and goannas.

One of the daily demonstrations when a guide (not shown) describes different reptiles and visitors can hold snakes and goannas. The visitor holds an olive python.

The Mulga snake, or King brown, Pseudechis australis, is one of the longest venomous snakes in the world and
is the second longest in Australia.  It is found in almost all parts of the country, and can be three meters long.

This is an Easter Brown snake, Pseudonajan Textilis, considered the world’s
second most venomous land snake. It is found mainly in eastern Australia.

The boxes are quite roomy. Information about the animals are printed on labels seen in the upper right corner.

The “guy” in the previous picture. It is a Gidgee skink, Egeria stokesii, found in the central and western deserts.

Portrait of a Central bearded dragon, Pogona vitticeps, well known to most Australians although they live in the central parts of the country. 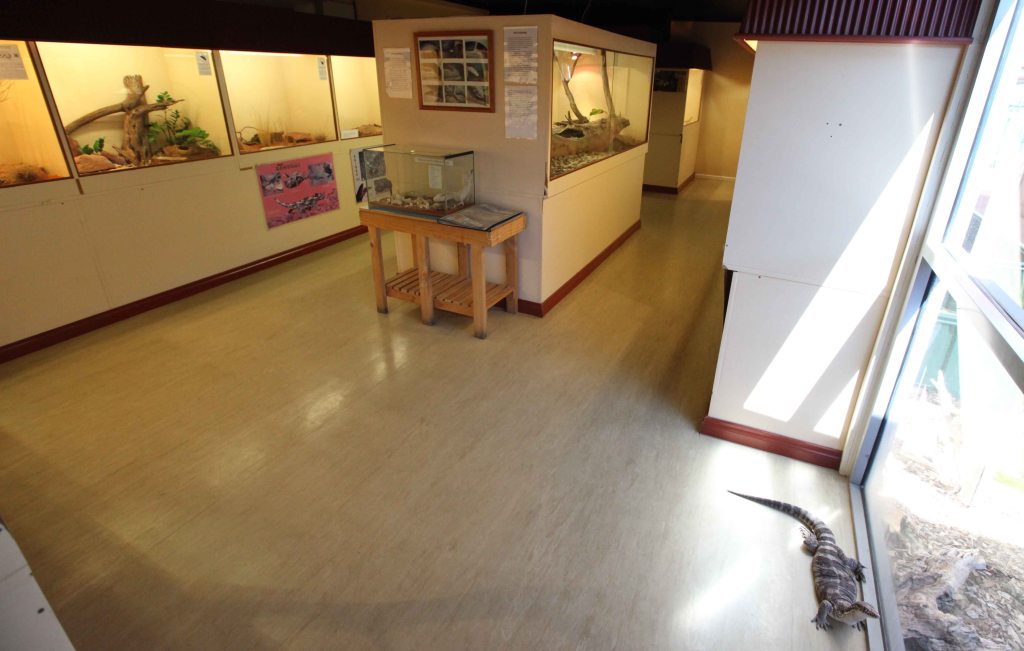 The third display room at the Reptile Center. The Spenser´s Goanna on the floor is Ruby who was let loose after she was shown to the audience, so
you had to watch your step. Visitors were free to pick up Ruby who was very friendly. The center tank has a small fresh water crocodile. 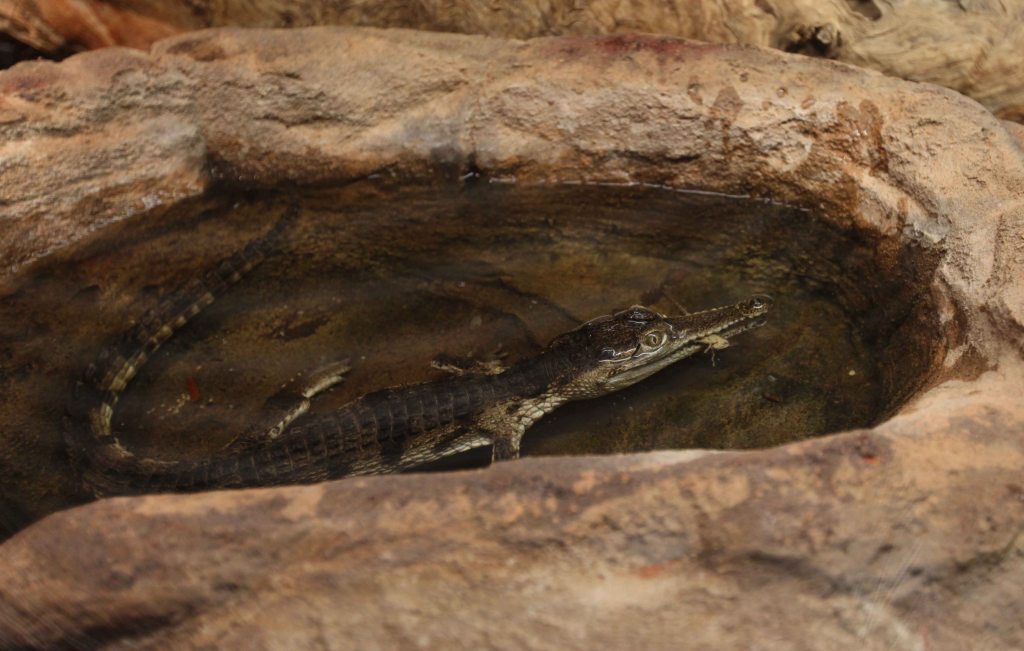 The fresh water crocodile, Crocodylus johnsoni, which has just been fed a cricket. The males can reach 3 meters
in length, the females up to 2,1 meters. The salt water crocodile at the center is named Terry. He was caught in
Darwin Harbour in 2002 and weighed 200 kg then. He is a rouge crocodile, meaning he is extremely dangerous.

The outdoor section, which accommodates the salt water crocodile Terry and some fenced displays
of reptiles. The reptile on the floor to the left is a Perentie, the largest goanna in Australia.

The Perentie, Varanus giganteus, can become 2,5 meters long. The Perentie is the largest
monitor lizard or goanna native to Australia, and the third largest living lizard on earth.

Spencer’s goanna, Varanus spenceri, is native to the Barkly region in central Queensland/Northern Territory. It can be 120 cm long.

The thorny dragon or thorny devil, Moloch horridus, is an Australian Lizard, also known as the mountain devil,
the thorny lizard, or the moloch. No two have the exact same pattern and they change colors to blend in with
the background. They can become 20 cm long, and live for up to 20 years. They live on ants and can eat as many
as 5000 ants per day. They are found throughout Central, part of Western and the north part of South Australia.

If you are in Alice Springs, try to visit the Reptile Center, see the demonstration and meet Ruby in person.