The New York Aquarium is run by the Wildlife Conservation Society. It was founded in 1896 and moved to the Broadwalk
on Coney Island in 1957. In late 2013 Hurricane Sandy damaged some of the exhibits. Repairs are underway but not complete.

The main entrance. The nearest subway stop is W 8th St – NY Aquarium on the F and Q lines.

About half of the aquarium is open. The sections off the map on the east and south are still under repair.
Download a complete map from the link at http://www.nyaquarium.com/plan-your-trip/welcome-back.aspx

The main building has several large tanks with both tropical and native fishes.

There are very good explanatory texts about the fishes and marine life in the tanks.

The fish in the center is a yellowtail snapper.

A close up of a Hogfish.

The coral nursery. A special activity of the aquarium is raising coral.

There are displays of fish from around the world, The Great Lakes of
Africa (left), and Madagascars’s Disappearing Fish, on Africa’s East coast.

Piranha, from the Amazon River. 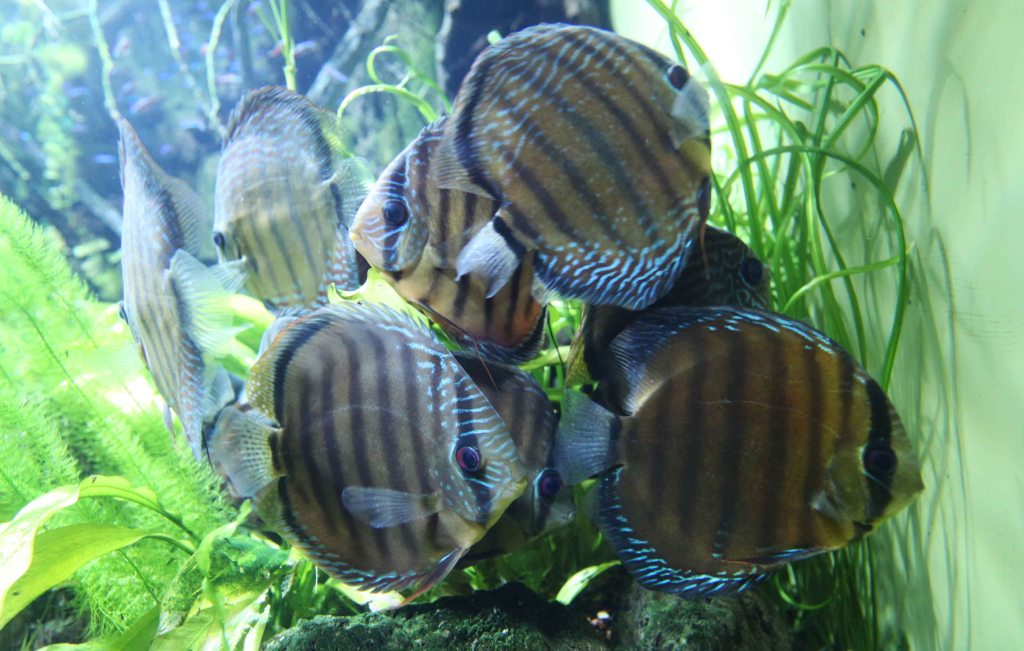 Discus fish from the Amazon. 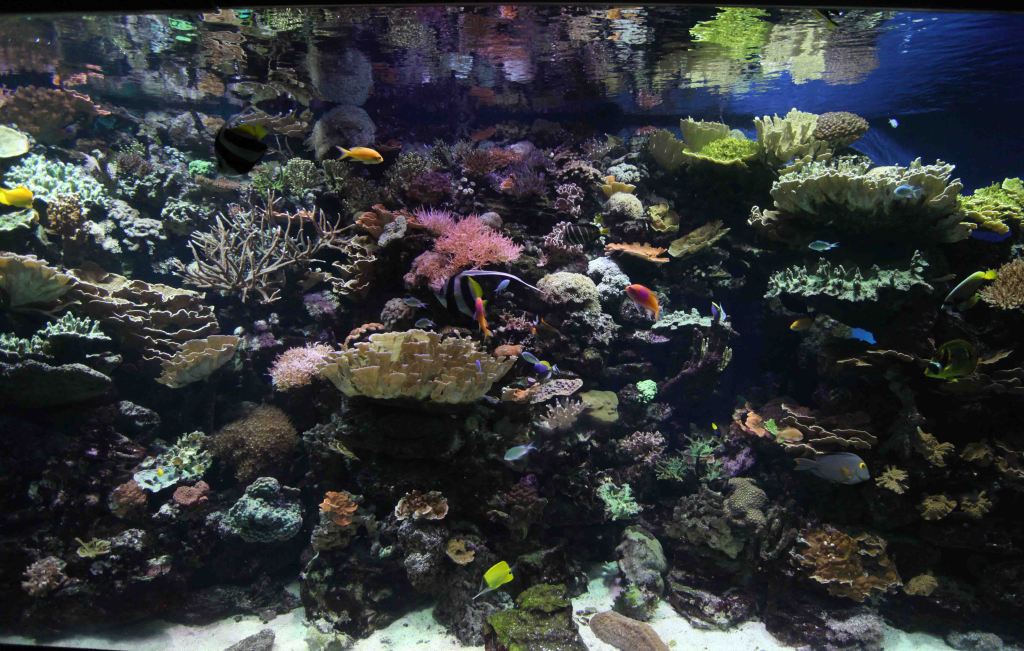 Coral reefs from the Indian Ocean.

A popular feature is the sea lion show, held three times a day. This was taken on a Tuesday morning when school was still in session.

And there appears to be a very close contact between the animals and their trainers.

The performers make a personal round to thank the audience.

And they can be very loud.

The sea otter exhibit is open, but the walrus section is still under repair. There are 10 daily feedings of sea cliff animals. 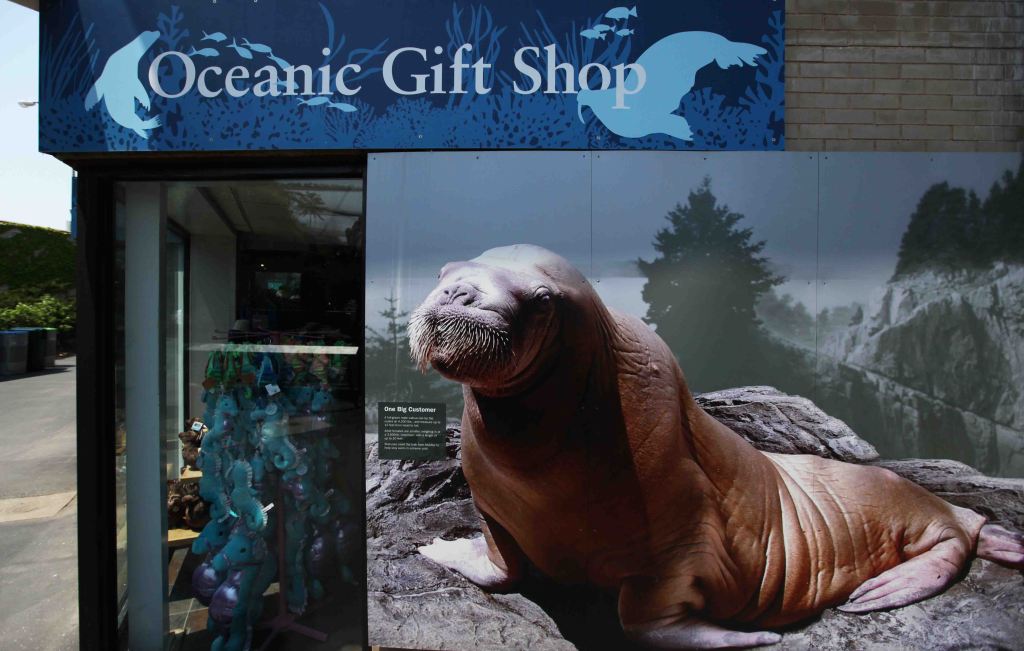 And there is a museum shop, of course.

Opposite the entrance to the aquarium is the 4D animated film theatre. It offers a short show every 15 minutes.
One theatre admission is included in each aquarium entrance fee. Meant for children but worth seeing for adults.

The Coney Island Broadwalk, with many amusement park attractions, restaurants and changing rooms for the beach.

The entrance to the aquarium from the Broadwalk.