Kangaroo island is the third largest island in Australia and known for its wildlife. We booked a two day
trip with Kangaroo Island Adventure Tours that included a coach pick up from our hotel in Adelaide and
a 45 minute ferry ride from Cape Jervis on the mainland. The picture shows our arrival in Penneshaw. We
were 14 in the group and we were met by Jen who was driver, guide, cook, bartender and overall fixer.
http://www.australia.com/en/places/kangaroo-island.html

We saw very few kangaroo, except for road kill. Kangaroo are nocturnal and come out in the evening. 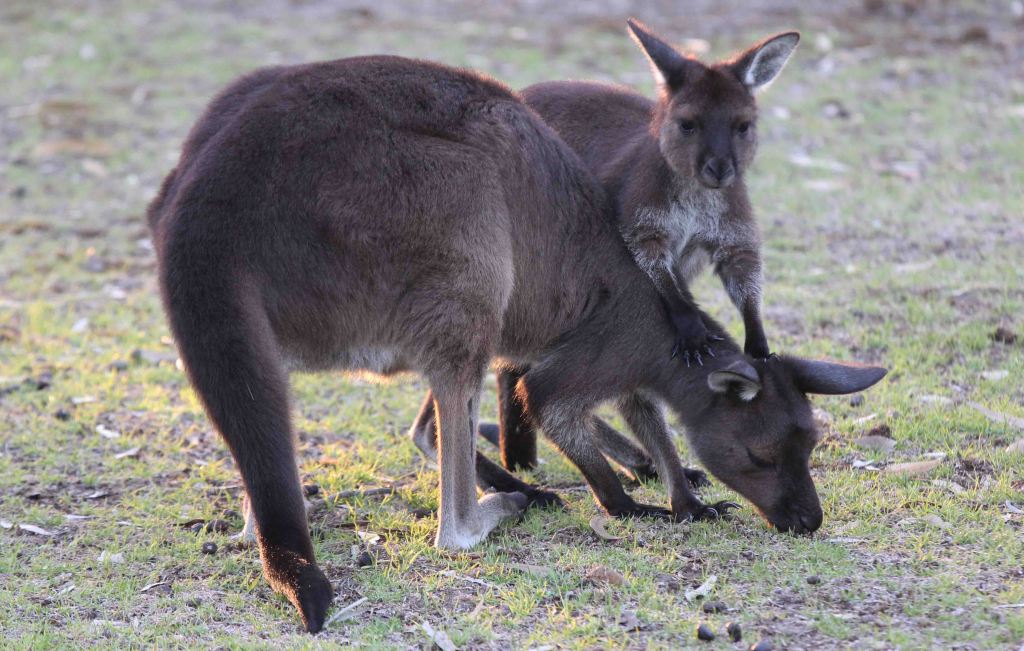 A few kangaroo came out in the field near where we spent the night, but not more than a handful.

Our guide Jen and an echidna, spiky anteater, crossing the road. Jen stopped the bus until it made it safely across.

There were many koala at Hanson Bay wildlife sanctuary.

Flowering eucalyptus. Koalas are very picky eaters. Only a few of the 739 species appeal to them.

This eucalyptus tree at the Hanson Bay wildlife sanctuary died because koalas ate all new shoots that the tree produced.

We paid a visit to Rob to learn at how to herd and shear sheep.

Rob is supported by a strap from the ceiling, as it is very strenuous to bend down when shearing a sheep.

It only took a few minutes for Rob to undress the sheep. The wool on the ground is from the one sheep.

Rob gave a very good presentation and explained all steps in caring for wool, including how you twist threads.

We paid a quick visit to the Emu Ridge eucalyptus oil distillery. 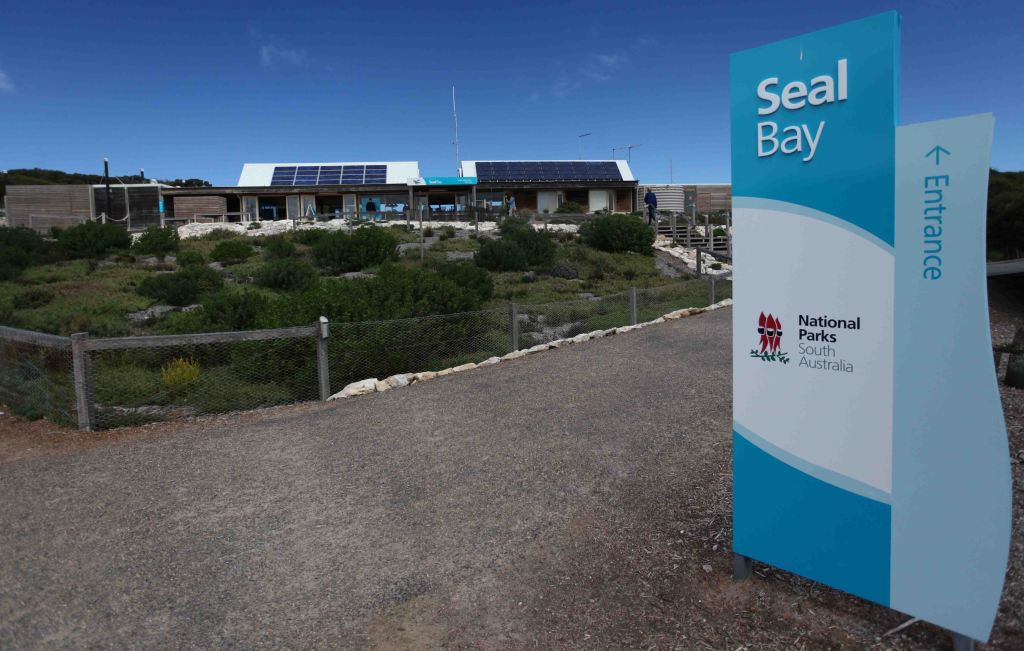 Seal Bay was our next stop.

The ranger at the information centre showed different kinds of pelts. He then took us to the beach to see the sea lions.

There are ramps on the beach with a good view of the seals and with many information boards. The sea lions
spend days at sea swimming and hunting. When they return to the beach they collapse on the sand to recover.

Because we had a guide, we were allowed to come closer to the seals.

A seal pup having some milk.

Not all seals were so relaxed. A couple of male seals had some issues to sort out. 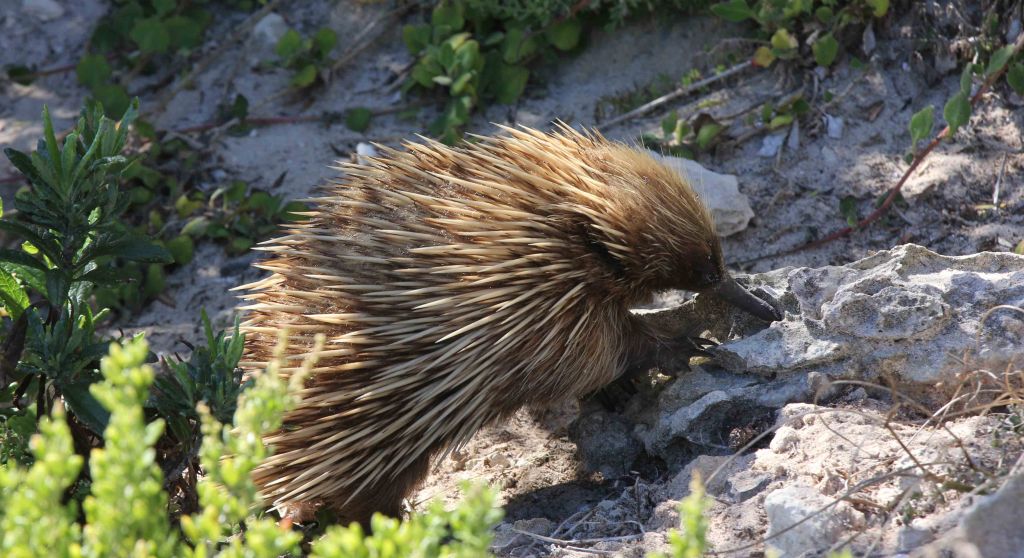 And we found this echidna by the beach.

Jen took us sand surfing on the dunes at Little Sahara. Even the most reluctant had a go and enjoyed it.

It is hard to get up on the dune, and down is much too fast.

If you wax your board properly, you can have quite a run “down dune”. 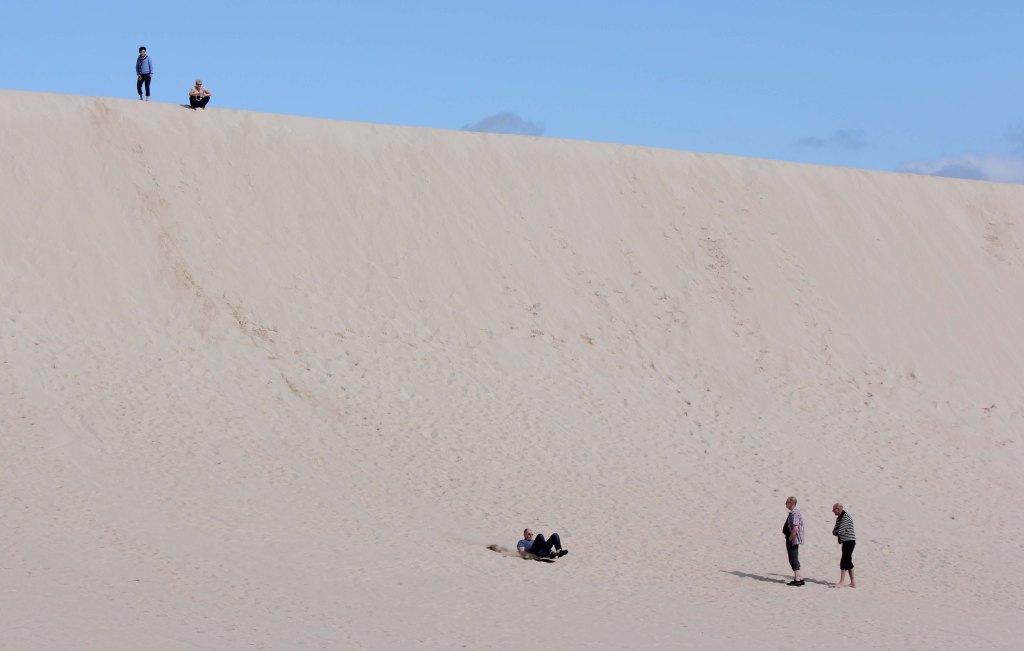 Three times down dune was enough – because it was so hard to climb back up. 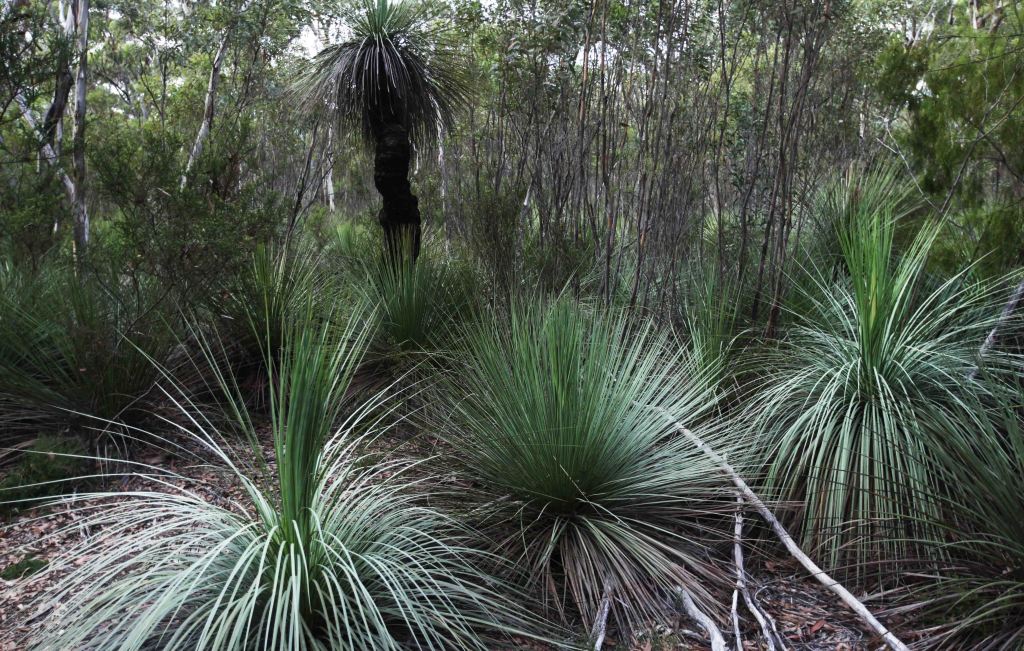 There are 47 endemic species of plants. This is yakka or grasstree, Xanthorrhoea, which might
grow 2½ cm per year. The tree in the background is probably three meters tall, and could be
over 100 years old. The trunk is burnt. Yakkas survive fire and need fire to stimulate flowering. 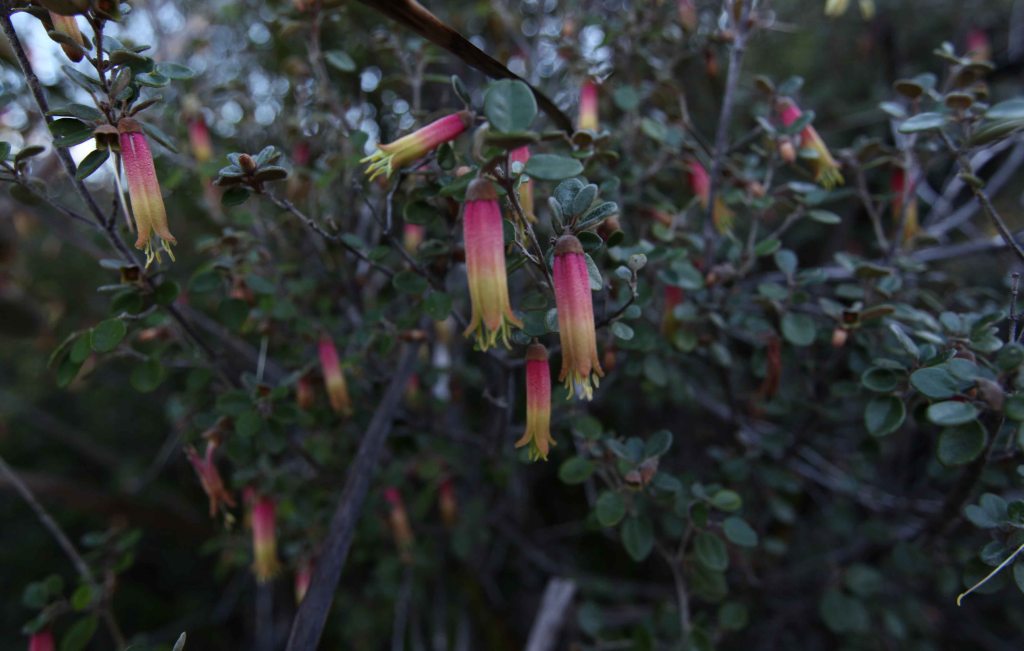 The lighthouse at Cape de Couedic, where fur seals live.

It is a bit of a walk, but the boardwalks make it very easy.

There are stairs so you can get closer to the seals. 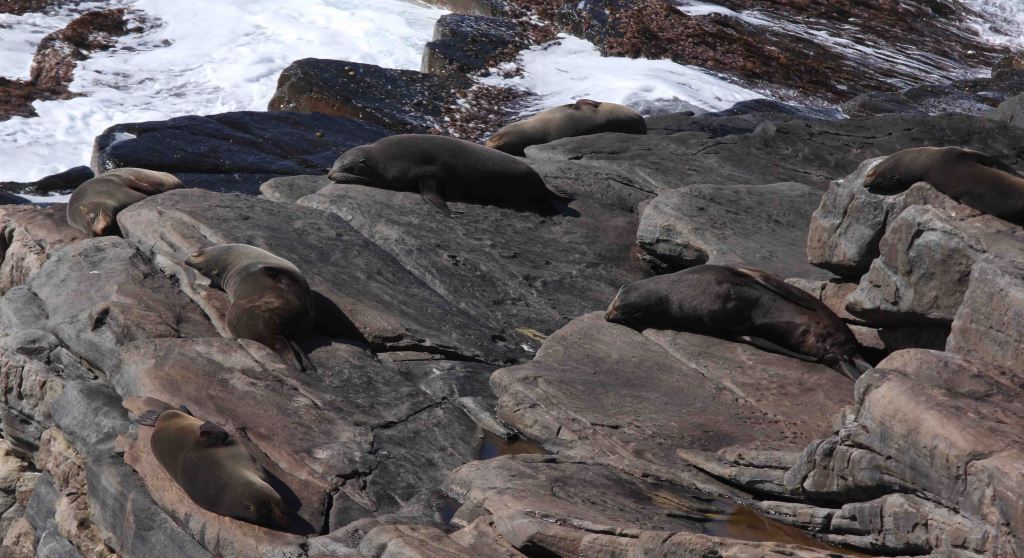 The long nosed fur seals, which are different from the Australian sea lion. But they seem to relax just as much.

The woodwork is well done to ensure that tourists get good views.

The salty wind causes the wood to disintegrate and become like paper.

Not far from the fur seals live are the Remarkable Rocks.

The rocks can be reached easily by boardwalks. However, you have to follow the warnings.

The rock bed behind the boulders, gets steeper as it nears the water. It is easy to slip,
and rescue can be difficult. Only a few weeks before our visit, two people drowned. 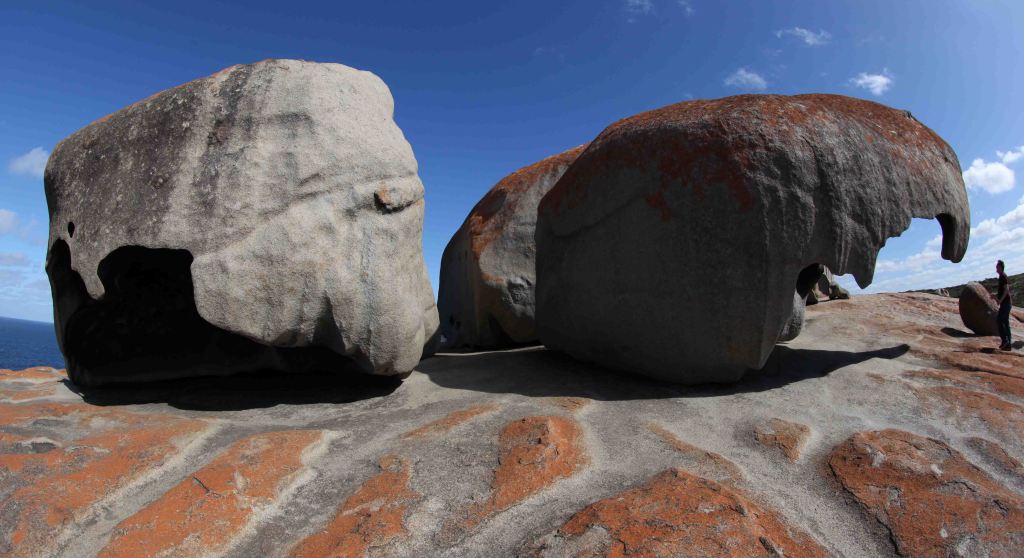 Cape de Couedic in the background.

One of our last stops on the island was to Hanson Bay, one of Jen’s favorite beaches.

Bone from a cuttle fish found on the beach.

A small pond near the beach.

We made a short stop to see pelicans at American River, which is on a bay! The pelicans like lamp posts.

The Swedes with Jen on the left, thumbs up.

It was time to take the ferry back.